Thanks to the Institut Ramon Llull in Catalonia in collaboration with CU, the Department of Spanish and Portuguese offers courses in Catalan Language and Culture. These courses are taught by Susanna Pérez-Pàmies, a CU instructor appointed by de Institut Ramon Llull. She is a native Catalan teacher that has first-hand knowledge about language and culture.

Catalonia is a singular nation situated in the northeast of Spain. Its vibrant history includes some of the world’s most famous epic and lyric poetry and some of its most sophisticated and ancient political formations. Barcelona, the capital of Catalonia, is one of the world’s most visited cities, with extraordinary cultural and natural offerings. Among the modern manifestations of Catalan culture we can find Joan Miró’s whimsical sculptures and paintings, Antoni Gaudí's magic buildings, Salvador Dalí's surrealist creations, Pau Casal´s lilting music, Mercè Rodoreda´s subtle and sensitive prose, Ferran Adrià’s revolutionary cooking or Rafael Nadal’s tennis.

Catalan is the language spoken in the Països Catalans (Catalonia, Valencia and Balearic Islands), in Spain, as well as in three other European states: France, Italy and Andorra. The territory where it is spoken spans 68,000 square kilometres and harbours 13.5 million inhabitants. In the Catalan speaking territories, Catalan language is understood by 11 million inhabitants, and 9.1 million people can express themselves in the language.

Catalan, like the other Romance languages, has its roots in what is called vulgar Latin, the popular and familiar level of classic Latin language. Catalan is the result of the evolution of the vulgar Latin spoken in Ancient Catalonia. The first articles written in Catalan dated from the mid-12th Century: the Forum iudicum and the Homilies d’Organyà. Speakers of any Romance language can learn Catalan easily because it stems from the same Latin trunk, and therefore it is not totally unknown to us, since it shares many similarities with the other languages of the same trunk. All the Romance languages have more elements in common than differences. When we learn one Romance language we are somehow learning them all.

In the Catalan Language courses we use communicative language teaching approach which promotes students’ use of language in meaningful contexts. Catalan is spoken almost exclusively during class as we believe that this immersion-style approach is optimal for most students. 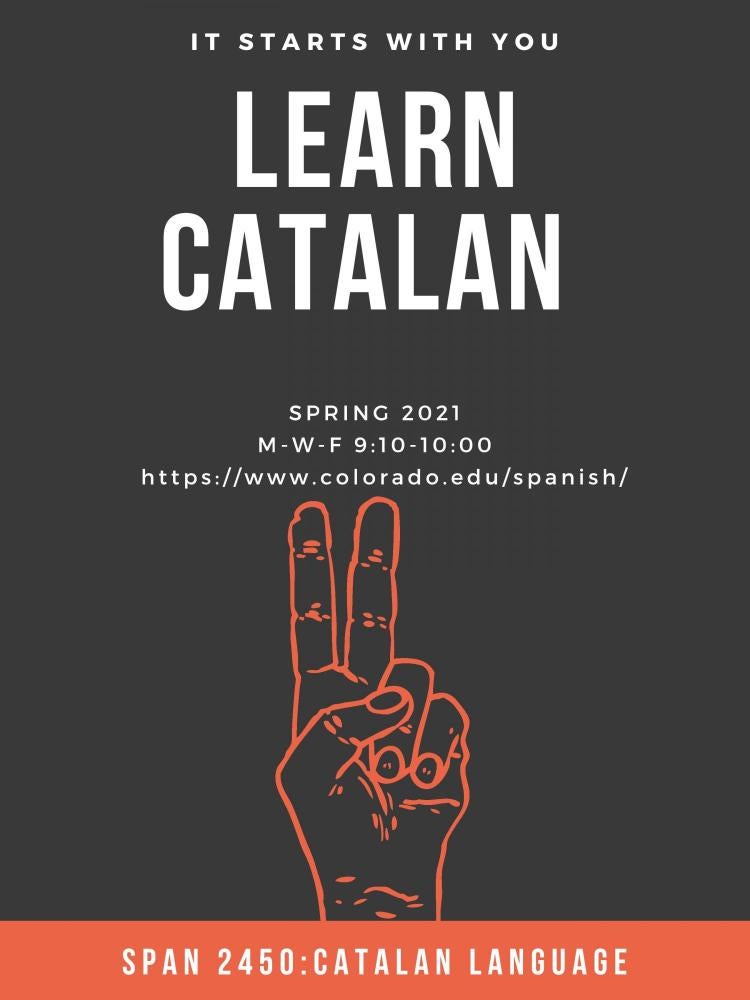