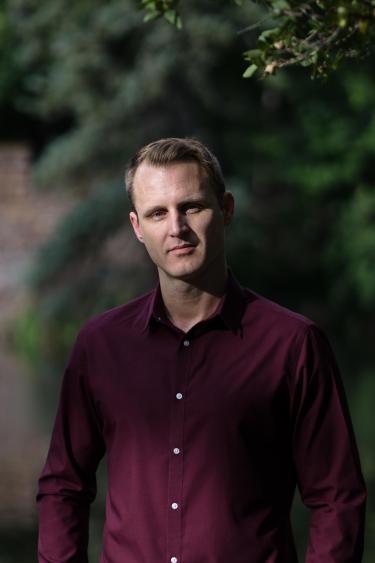 Originally from Southern California, Blake DeLong graduated from Chapman University with a bachelor’s degree in Spanish, French and German. He obtained master’s degrees in Spanish and French from Middlebury College while studying abroad in Madrid and Paris, respectively, as well as a master’s degree in Translation and Interpretation from the Monterey Institute of International Studies. Prior to coming to Boulder, he worked primarily as a professional translator and interpreter in the medical and legal fields in addition to teaching college-level Spanish and French language courses. His research interests include 20th and 21st century Latin American narrative, Critical Theory, crime fiction, discourses of memory, and postdictatorial Southern Cone Literature. In his spare time, Blake works as a certified court interpreter, enjoys traveling and creative writing.