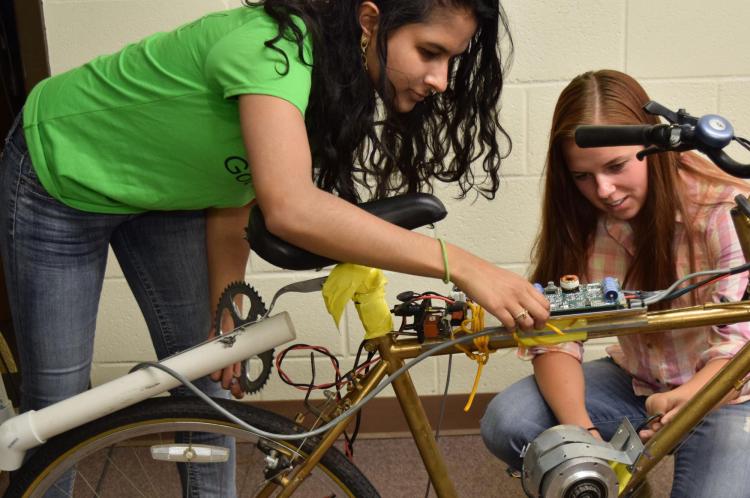 Maithreyi Gopalakrishnan, Engineering (’16), makes adjustments to an early version of her hybrid kit for rickshaws.

Raised in Colorado, Maithreyi Gopalakrishnan has long been influenced by the environmentally conscious  population of this Rocky Mountain state. But a 2011 trip to her birthplace in India inspired her to do something for the environment. Gopalakrishnan, who just graduated from CU Boulder with a five-year combined MS/BS degree, devised a way to tackle India’s air pollution: a hybrid kit for rickshaws—the gas-powered motorized tricycle taxis that are a primary mode of transportation in the country.

She developed the concept in the Idea Forge—a collaborative space focused  on invention and innovation on campus.  With help from a team of engineering  and business students, the hybrid kit  became a reality, and a company:  Surya Conversions.

The hybrid kits include an electric motor generator that attaches to the engine of an existing rickshaw, powering the engine from the battery before switching to fuel. “It’s comparable to a Prius,” explains Gopalakrishnan. The system also incorporates regenerative braking—energy harnessed from braking recharges the battery. All in all, it increases vehicle fuel efficiency by 15–20 percent, although the long-term target is 30 percent. “We’re targeting the parts of the drive cycle of the vehicle when gas is most used,” continues Gopalakrishnan. “It’s still using gas, but it’s using a lot less.” The impact could be huge: If all of India’s five million rickshaws hybridized, the emissions impact would be the equivalent of taking one million rickshaws off the road.

For the 23-year-old, it's about both aiding the environment and simultaneously reducing poverty.

Gopalakrishnan’s work has not gone unnoticed. At CU Boulder’s 2014 New Venture Challenge, Gopalakrishnan’s team took home the Social Impact Prize and $3,000. They went on to win first place and $10,000 in the 2015 Esprit Venture Challenge sponsored by the Boulder Chamber of Commerce. Competitions, grants and a Kickstarter campaign have brought their total to $28,000 as of July 2016.

Now the goal is to get it to market. Gopalakrishnan says they might sell kits to rickshaw companies or manufacturers. Another option is to partner with a microfinance organization to sell the kits directly to drivers, who can pay back the $600 kit over the course of a year. (The $600 price tag is equivalent to what drivers will save annually with the fuel efficiency.)

Rickshaw drivers have expressed most interest in the kits’ financial impacts. On average, drivers net about $1,800 USD per year, and after paying off the initial cost of the hybrid kit, drivers could be netting that fuel savings of an additional $600 annually—a 33 percent income increase each year. “We need to market to the government about reducing pollution, but drivers aren’t so interested in that. They’re living day-to-day,” explains Gopalakrishnan. “We have to make sure the cost savings are justified.”

Gopalakrishnan will travel to India this fall to interview drivers and test the kit on-site. For the 23-year-old, it’s about both aiding the environment and simultaneously reducing poverty. “Colorado residents can afford to buy a Prius,” she says. “In India, that’s just not the case. It’s not yet affordable. That’s what we’re really trying to do.” 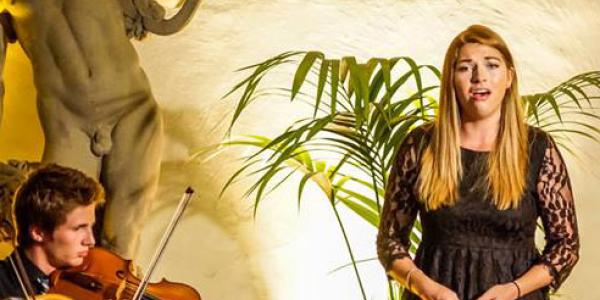