The Mechanics of Music 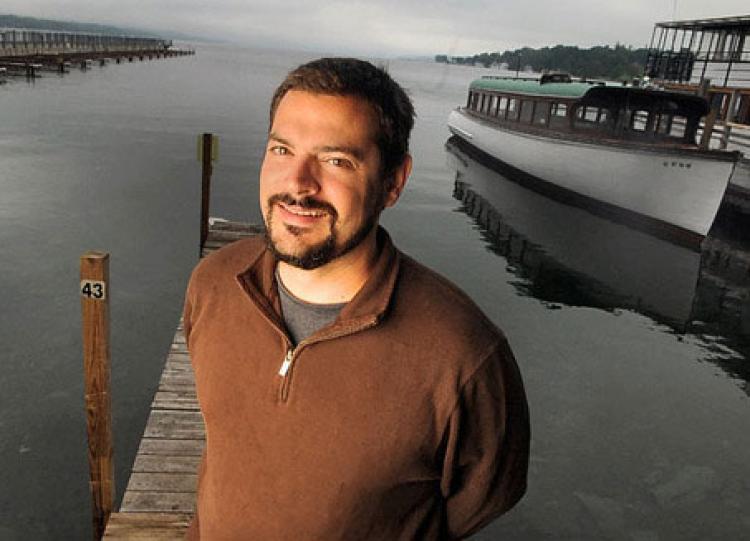 Carter Pann composed The Mechanics: Six from the Shop Floor for the all-saxophone ensemble Capitol Quartet

The news came while Carter Pann lounged poolside in Miami on a Tuesday afternoon. His phone buzzed, announcing the arrival of a text congratulating him on his big achievement. Pann, a composer and pianist, had been named one of two finalists for the 2016 Pulitzer Prize in music.

“I knew the Pulitzer was going to be an-nounced that day,” he says. “But I didn’t give it too much thought because I had submitted a saxophone piece.”

Usually, Pann explains, the Pulitzer committee gives the award to a larger-scale orchestra, opera or jazz work. His submission of a six-movement saxophone work, The Mechanics: Six from the Shop Floor, was his third submission in five years, and he wasn’t expecting much. Suddenly he was a finalist.

The prize ultimately went to composer and bandleader Henry Threadgill. But Pann is riding high anyway. “This is a nice vote of confidence,” he says. “That word—finalist—changes a composer’s profile. And all the support around CU has been great. There’s been tons of hoopla, even though I didn’t win.”

Pann started writing music at 16, in his home city of Chicago. He attended the University of Rochester’s Eastman School of Music, studying composition and piano performance, then earned his master’s and doctorate degrees from the University of Michigan. Pann joined the CU faculty in 2005. While he teaches private composition lessons and classes, he also devotes time to creating and composing his own works, including The Mechanics.

This is a nice vote of confidence,” he says. “That word—finalist—changes a composer’s profile."

Before he even wrote the work, Pann already knew who he wanted to perform it: The Capitol Quartet, an all-saxophone ensemble group. He knew a couple of the musicians and, in 2012, approached the group after a performance in CU’s Grusin Music Hall. “I basically tackled them,” he remembers. “I told them, ‘I just want to write for you guys.’”

They agreed, so in May 2013, Pann flew to New Hampshire for a stay at the MacDowell Colony, a forested haven for writers and artists, to compose. In his tiny secluded cabin, Pann rearranged the furniture so the piano was directly next to a large table with his computer and notepad on it. For 29 days, he swiveled from piano to table, obsessively playing and writing his composition. His only break during the day was lunch, delivered in a picnic basket on his porch.

While composing, Pann pictured the foursome dressed as old-time auto mechanics smudged in grease. “My brother has been an auto mechanic for the last 20 years,” says Pann. “This is about his shop. I could picture these guys as grease monkeys, how they’d look in a black-and-white photo from 60 or 80 years ago.”

The Capitol Quartet performed and recorded The Mechanics during their 2013-14 performance season. Now Pann is working on a new saxophone sonata, written for the alto sax player from the Capitol Quartet, as well as his second symphony. Additionally, this year he plans to submit another composition for the Pulitzer Prize—this time, a cello concerto.