A monumental flood gives CU-Boulder researchers a rare opportunity to study the effects of extreme weather on erosion.

The historic September 2013 storm that triggered widespread flooding across Colorado’s Front Range and caused devastating property damage in and around Boulder and Larimer Counties was not without one silver lining: it gave CU-Boulder researchers a rare opportunity to study the landscape-altering effects of extreme weather firsthand.

In the aftermath of the flooding, researchers at the Institute of Arctic and Alpine Research (INSTAAR) discovered that the storm eroded the equivalent of hundreds of years, if not closer to a thousand years, worth of accumulated sediment from the foothills west of Boulder, a finding that casts new light on previous assumptions about the evolution of natural features such as the rocky slopes lining Boulder Canyon. Erosion, as it turns out, may not always be a slow and steady process, but rather can occur in sudden, rapid bursts due to extreme weather events such as hundred- and thousand-year storms.

“In Boulder Canyon and similar areas, the majority of the sediment transfer down slopes occurs during these rare, punctuated events, following hundreds of years of weathering to produce the sediment,” said Suzanne Anderson, a research fellow at INSTAAR. “The 2013 storm was a unique opportunity to catch the sediment movement in action. The long-term erosion rate in this area is about two-tenths of an inch per century— that is less than the thickness of a human hair per year,” said Anderson. “It took a large storm to mobilize accumulated sediment in a way that we can measure directly.” 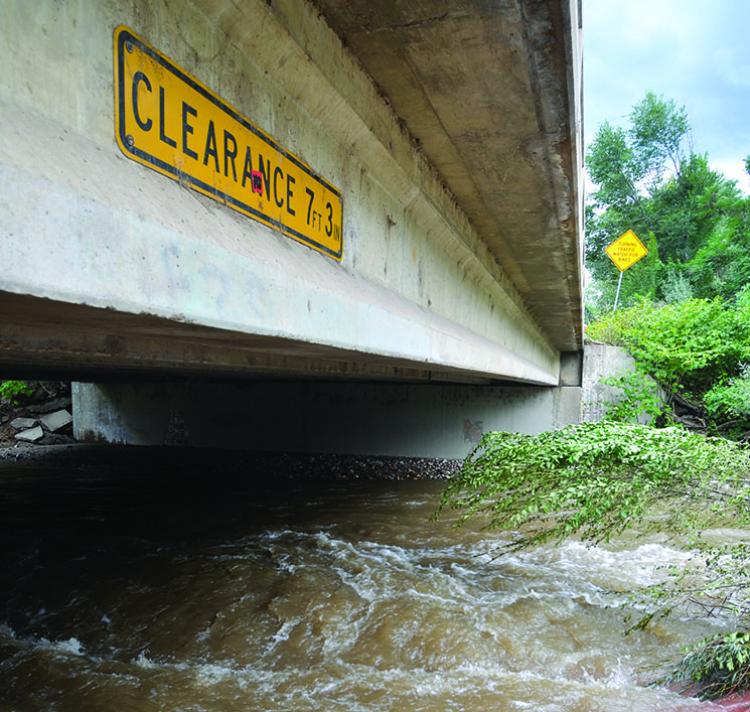 The 2013 storm dropped between 7–18 inches of precipitation across Colorado’s Front Range over a five-day period, equivalent to the average yearly rainfall for much of the region. The rain triggered more than 1,100 landslides of various sizes and produced flooding in every nearby river.

Anderson and her fellow researchers, in collaboration with the Boulder Creek Critical Zone Observatory, examined 120 separate landslides over a 39-square-mile area west of Boulder and found that individual landslides ranged from small (around 350 cubic feet of sediment removed) to large (about 740,000 cubic feet removed). The largest landslides swept down slopes, incorporating additional water and sediment, creating dangerous, fast-moving debris flows.

“We estimated the velocities of some of these debris flows at about 10 meters per second, which is as fast as sprinter Usain Bolt runs,” said Anderson, who is also an associate professor in CU-Boulder’s Department of Geography. “They’re incredibly destructive because they happen so quickly and there’s no warning system once a flow is triggered.”

The size and rapidity of debris flows contrast with the slow pace of the processes that produce the sediment. “From isotope measurements, we know what the normal weathering rate is. To see so much sediment transported off the slopes in one event means that these cannot happen frequently,” said Anderson.

No one knows when—if ever—a storm of that magnitude will occur again. What began as a unique opportunity to study a disaster firsthand ended up highlighting the underrated importance of infrequent extreme weather in the formation of the slopes in our backyard. 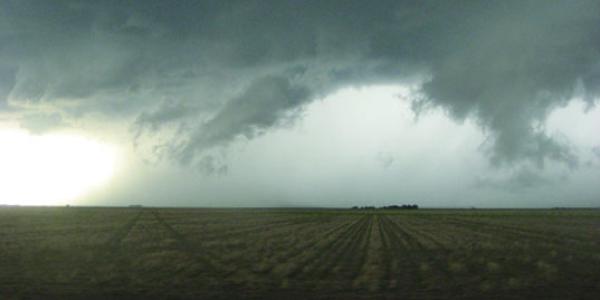 The Oklahoma panhandle is infamous for its “supercell” storms that spawn damaging winds, large hail and deadly twisters. Now, CU-Boulder’s Research and Engineering Cen- ter for Unmanned Vehicles group has received permission from the Federal Aviation Adminis- tration to start flying unmanned aerial vehicles, or drones, over a 54,000-acre swath of “Tor- nado Alley” in order to help researchers better understand the origin and development of severe storms. The consortium will dispatch a Tempest drone to the edges of these powerful twisters and measure their air pressure, tem- perature, relative humidity and wind velocities. And that’s just the beginning of the group’s next-gen tornado research. “The next step is to integrate the technology from this project into an unmanned aircraft system known as Twistor, which will be the successor to the Tempest,” said Brian Argrow, a professor in aerospace engineering sciences. “We are already looking forward to future deployments." 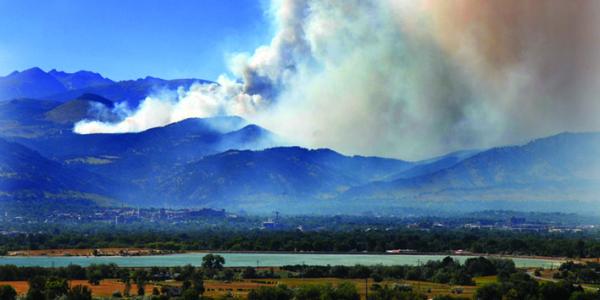 The hot, dry Santa Ana winds of southern California fuel some of the most destructive wildfires in the American West, but research- ers at the National Oceanic and Atmospheric Administration’s (NOAA) National Environ- mental Satellite, Data and Information Service and the Cooperative Institute for Research in Environmental Sciences (CIRES) have discov- ered a key atmospheric clue to their origins that may pave the way for better forecast- ing. Dry, ozone-rich funnels of air known as “stratospheric intrusions” form hours in advance of some wind-driven fires and help fuel the blaze further. Monitoring for these disturbances, however, may provide agencies valuable lead time to issue air quality alerts, reallocate firefighting resources and evacuate residents in harm’s way. “The good news is that with the right models and observations, we can get an early warning out,” said Andrew Langford, a research chemist at NOAA’s Earth System Research.

FACT: 631,434 total acres burned by California wildfires in 2014
Categories:
Tags:
Return to the top of the page