It was through her church that Zuton Lucero-Mills discovered Strengthening Families, a Steps to Success program run by CU-Boulder’s Center for the Study and Prevention of Violence.

The sessions cemented her belief in the importance of talking to your children and sharing things about yourself.

“We work on things to say and how to say them,” said Lucero-Mills, a mom raising 10 kids with her husband. “It’s good in easy moments. When you hit difficult moments, you kind of take a breath and remember what you have learned.”

Beginning its fifth and final year, Steps to Success is a collection of evidence-based programs strategically focused on the needs of Montbello, a northeast Denver neighborhood of more than 30,000 residents that has experienced long-standing problems with crime and gangs. 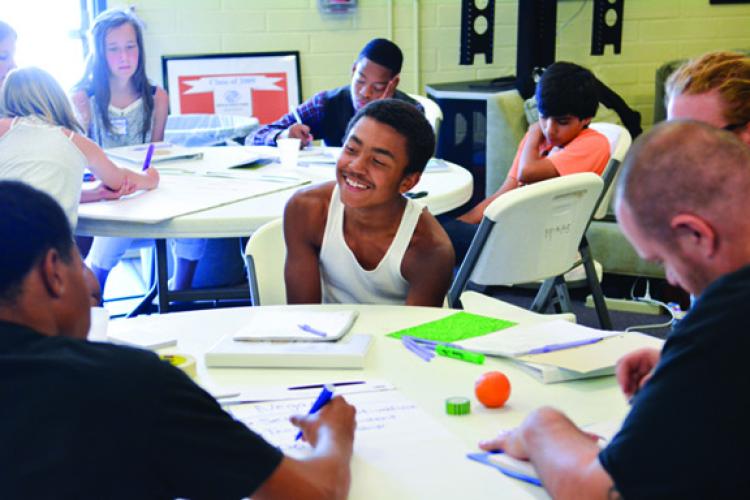 The program targets children ages 10 to 14 and their families and seeks to reduce problem behaviors and improve parenting and family management practices and communication skills.

Lucero-Mills and her children are among the 3,061 youth and 137 adults served by Steps to Success in the past two years alone. The admittedly ambitious goal is to reduce youth violence and problem behaviors such as substance abuse and delinquency by 10 percent by 2016.

Led by the center with $5.5 million from the Centers for Disease Control and Prevention, the program relies heavily on many partners, including the School of Medicine at the CU Anschutz Medical Campus, Children’s Hospital Colorado and others.

Denver Police Department community resource officer Sherikera Heflin Hererra is actively involved in Steps to Success meetings with her partner. They came up with the idea of creating a card with information about the Steps to Success programs that officers dealing with families in conflict can share with them.

“With Steps to Success we are able to focus on those core issues before it gets to that point where families need police involvement,” Hererra said.

While final data hasn’t been collected, some teachers in Montbello are noticing behavior shifts in young students. Where an argument or fight may have ensued, kids are figuring out how to work out their problems.

Teens and younger siblings who at first groused about participating in a program aimed at improving family relationships came to enjoy it and began incorporating newly learned communications skills into their daily lives.

Small changes over time and across sectors—family, school, interactions with police, church—are at the root of the Steps to Success program.

Researchers first surveyed more than 3,000 young people and 400 parents to pinpoint risk and protective factors in Montbello. Attending religious services and positive recognition emerged as the most promising protective factors, while family conflict, early problem behavior and weak social ties were found to be factors leading to youth violence.

“Prevention isn’t sexy at all,” said Steps to Success community site manager Shelli Brown. “There is much more attention when something blows up. Everyone swoops in and wants to be involved, or there’s finger pointing. We are doing things based on what we know will likely happen, based on what the community is saying it needs.” 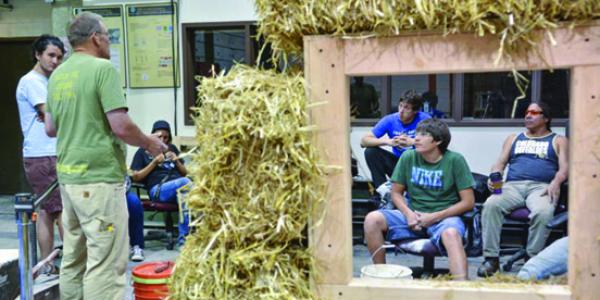 Sustainable Building Research Experience and Mentoring, a National Science Foundation-funded research and mentoring program for Native American high school students, demonstrates the power of engineering to identify and solve tribal housing problems while inspiring interest in science, technology, engineering and math. Over the summer, 12 students from the Rosebud Indian Reservation spent a week in Boulder where they attended faculty lectures on sustainability and engineering. They also participated in engineering design challenges and hands-on workshops on sustainable building materials and energy systems. 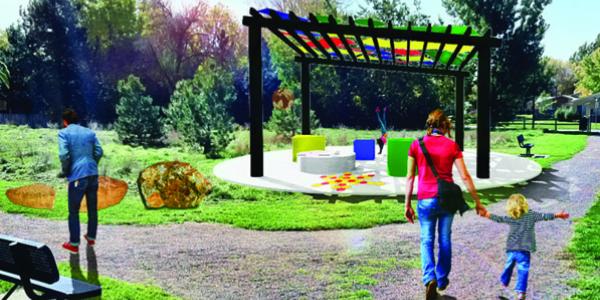 Geometry in the park

CU-Boulder environmental design students and researchers from the Center for STEM Learning are working with the City of Lafayette to create a STEM-inspired, hands-on geometry feature in Romero Park funded by an National Science Foundation Emerging Frontiers in Research and Innovation (EFRI) grant. The exhibit will be a resource for teachers and community members of all ages to informally explore the mathematics of folding and other STEM concepts. “When we bring mathematics in a three-dimensional way to a permanent park exhibit we’re becoming part of that community for the next 20 or 50 years,” said Beth Stade, lead designer and a research assistant in the Center for STEM Learning.