Dear Huaste, thank you for taking the time to do this interview with me, and I sincerely appreciate your time.

Could you briefly introduce yourself and your research focus?

Sure. My name is Huatse Gyal. Huatse Gyal is the phonetic rendition of my original Tibetan name དཔའ་རྩེ་རྒྱལ། . I was born and raised in a Tibetan nomadic community in northeast Tibet. I am currently completing my Ph.D. in the Anthropology Department at the University of Michigan. Based on two years of in-depth ethnographic and historical research, alongside my own participation in community-led efforts to restore the vitality of land, language, and community in eastern Tibet, my research explores Indigenous Tibetan pastoralists’ ways of theorizing and relating to their land jeopardized by large-scale rangeland fencing and resettlement policies. To make my scholarship accessible to a broader audience, particularly to the communities with whom I work closely, I have published both in English and my mother tongue, Tibetan.

In my class, we talked about the power of storytelling, and I know that you often incorporate remarkable stories into your writing. So, I wonder if you can tell me a story that encapsulates your research and local peoples’ concerns for the environment.

Thank you. Your class sounds amazing. On stories, as you know that our ancestors transmit their knowledge and wisdom to the younger generations mainly through stories, so in many ways stories are living beings. Stories are sacred. When I was doing fieldwork research in eastern Tibet, people generously shared many stories with me. I carefully listened to each one of them. Now I have an obligation to share these stories both accurately and honestly. Let me briefly share a story that demonstrates the interdependent relationship between Tibetan pastoralists, their livestock, and their land’s future sustainability.

In 2010, Kirti Ribo, a Tibetan nomadic community in eastern Tibet, determined to plant grass seeds in the desertified areas of their village with the hope of halting sand expansion. Under the guidance of renowned Tibetan environmentalist Konchok Palsang, the village elders gathered to discuss three key issues. First, they had to ascertain that the grass seeds they were using would not be burned by the sun’s rays. Next, they had to make sure that these seeds would not be blown away by the wind. Finally, they wanted to take the biodiversity of their grassland into consideration by ensuring that no single kind of grass would monopolize the land. The Kirti Ribo elders then asked, “How can we achieve these goals?”

The solution to their conundrum came from an ordinary female herder. She told her fellow villagers, “We should let the hooves of our yaks push the seeds into the sand and the soil. Yak’s hooves cannot be replaced with any other technology because yaks also carry seeds in their body hair.  As yaks trample the soil where the seeds are planted, all kinds of seeds from the yaks’ hair and hooves will mingle with one another. Yak dung is also the best fertilizer for the growth of many kinds of grasses and flowers.” Konchok Palsang experienced a revelatory moment in 2010, when the female herder advised Kirti Ribo villagers to use their yaks’ hooves to trample newly-sown seeds into the soil. According to Palsang, this seeming simple advice contains the core message of the importance of biodiversity, not as a fancy theoretical concept, but as a practice.

Palsang followed her advice and since then this practice of allowing yaks to trample upon grass seed has become one of the most innovative land restoration projects in eastern Tibet. It has also inspired a group of Indigenous artists to illustrate this new practice in the form of modified Buddhist thangka paintings, in which the characters were not deities, but rather ordinary Tibetans from the Kirti Ribo community, including female Tibetan herders. This practice powerfully shows that the future sustainability of Tibetan land is inseparable from Tibetan pastoralists and their livestock, and most importantly their collective wisdom. This practice also holds lessons for land conservation beyond Tibet.

3. I have heard that you worked with Tibetan filmmakers who focus on environmental issues. Can you talk about their work and what kind of role they play? Are there any films or other forms of art you want to share with me?

I’ve had the honor of working with a group of Tibetan filmmakers in Dzorge since 2015.  This group is mainly consisted of Tibetan herders and a few Tibetan college students. In 2015, they have decided to use documentary filming to tell their own narratives on the relationship between people, animals and their ancestral land. Over the years, they’ve produced more than 15 documentary films. For example, one of the filmmakers made a short documentary film on the relationship between Tibetan pastoralists, their animals, and the cranes. He’s discovered that cranes often follow wherever the herds go and build their nests very close to their animals. This film aims to argue that the government has to respect the herding lifestyle of Tibetan pastoralists if they are really concerned with protecting cranes, which has been listed as the “first-grade protected species” at the national level.

One of the filmmakers also told me this, “Researchers are a bit like cranes. They come here when the weather is nice and then they leave when it gets cold, so the researchers from the outside of the community would not know much about our land, people, and animals. We can tell our own stories and present our own narratives.”

4. You have done your fieldwork and worked with local Tibetan environmentalists and now writing your dissertation. What concerns you the most when you think about local herders in Tibet and the environment?

What concerns me the most is that people who know a lot about their land, namely Tibetan pastoralists, have been treated as the destroyers of their land mainly in the name of overgrazing. People who know so little about the land on the Tibetan Plateau are so confident in their own perceived “scientific” knowledge of the land that very much shape the land policies in pastoral Tibet today.

5. The title of this interview/ conversation is Environmental Futures Conversations. So, I want to ask you a question about the future. I feel that many indigenous peoples’ ways of life, such as Tibetan nomadic lifestyles, cultures, and perspectives, are disappearing worldwide due to various pressures that many call “modernization.” What do you think is the future of Tibetan herding culture, nomadic perspectives, such as those of Tibetan nomads on the Tibetan plateau?

Several years ago, I had the honor of attending a public talk by the late Native American Grandmother Agnes Baker Pilgrim. When she was invited to comment on the well-being of Mother Earth, she said, “All of us live on a leaky canoe.” This powerful message has all along resonated with me. So yes, if we wanted to survive together, it is very important to have conversations on environmental futures, which is the very theme of your class. As American scholar and writer Mike Davis says, “Covid -19 is the symptom; the profit-driven destruction of natural and social habitats is the disease.” Most indigenous communities in the world don’t regard their ancestral land as just a lifeless resource that can be simply extracted or destructed for temporary economic benefits.

For example, my research aims to show that Tibetan pastoralists have always honored their livestock as vital means of fortune and their land as ancestral territory on which a multitude of beings depend. Through this research I demonstrate that from the indigenous Tibetan view, their territory has never been a lifeless resource. Instead, it is profoundly local, social, and spiritual in the sense that the land is bound up with human and non-human vitality, personhood, and agency. Appreciating the complexity of these belief systems is integral to understanding Tibetan pastoralist worlds built on the foundations of interdependent relationships among people and their ancestral territory, human and non-human beings, mountain deities, and fortune-bearing animals that anchor a way of life.

I also share your concern with the fact that many indigenous people’s ways of life are disappearing due to various pressures. Even researchers tend to approach indigenous knowledge systems with an extractive mind by saying things like “I’m going to theorize everything about indigenous knowledge” primarily for a western audience. As a result, non-indigenous scholars position themselves as analytical agents or theory producers by coining terms like., “New Materialism” while solely relying on indigenous ways of understanding and recognizing the agential roles of non-human beings such as rocks, mountains, and stars.

That being said, I’m also hopeful in the sense that there are locally organized innovative efforts to revitalize the bond between people, land and their language in indigenous communities in general and in pastoral Tibet in particular. So, we should not just focus on the impending death of our culture, but also pay attention to its emerging vitality. 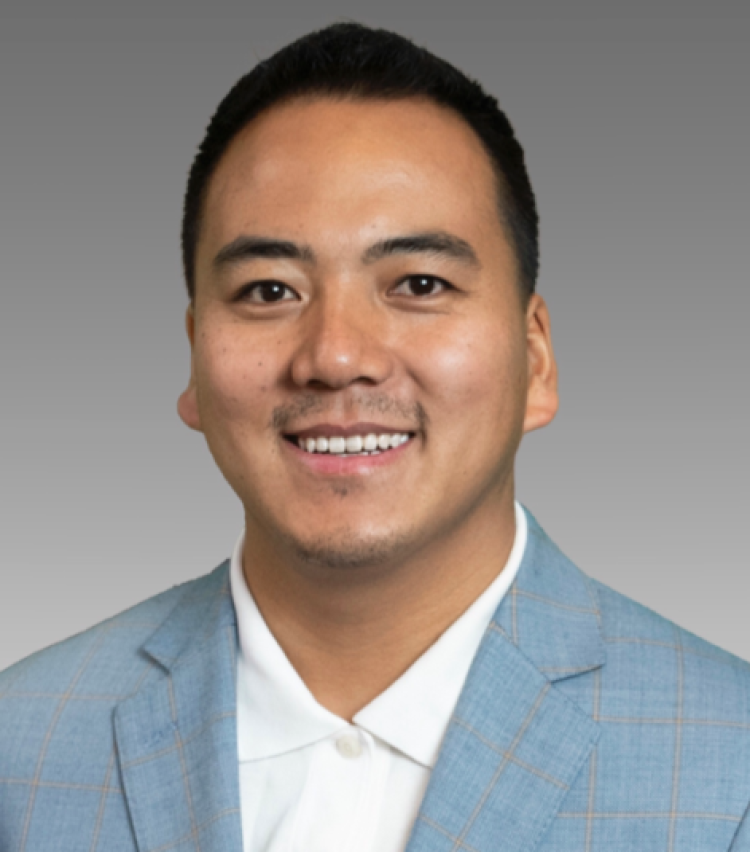 Huatse Gyal (དཔའ་རྩེ་རྒྱལ།) was born and raised in a nomadic village in Amdo in northeast Tibet. He is currently completing his PhD in the Anthropology Department at the University of Michigan. Drawing on Tibetan genres of historiography, such as origin stories, sacred place narratives, traditional songs and folktales, epic stories, ritual texts, biographies of places and people, and in-depth ethnographic interviews, his research explores Tibetan pastoralists’ conceptualizations of their ancestral land. 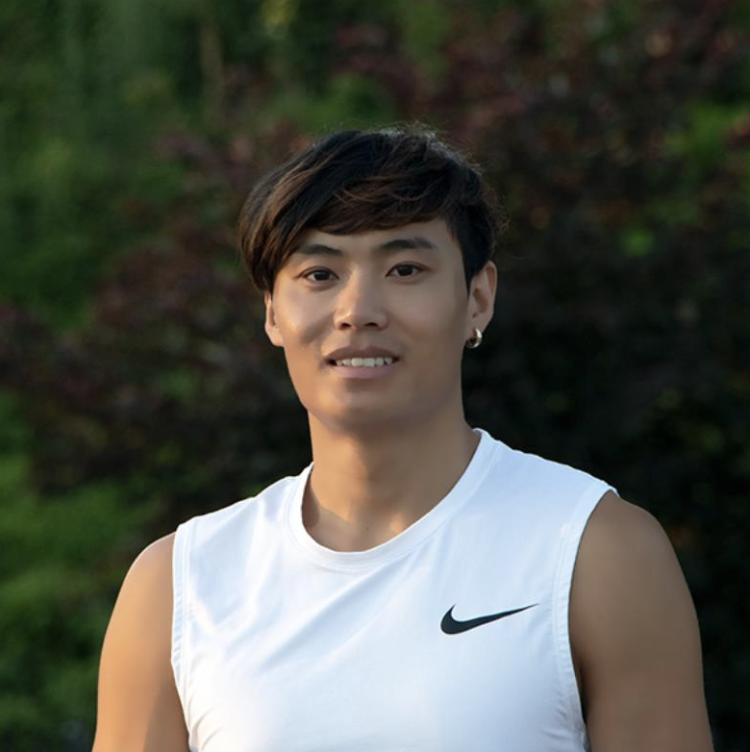 Sanggay Tashi (སངས་རྒྱས་བཀྲ་ཤིས།) is PhD student in Cultural Anthropology at University of Colorado Boulder, conducts research on herding history, culture, music, and recent changes including resettlement projects, labor migration, kinship relations, and the role of social media among Tibetans on the Tibetan Plateau.