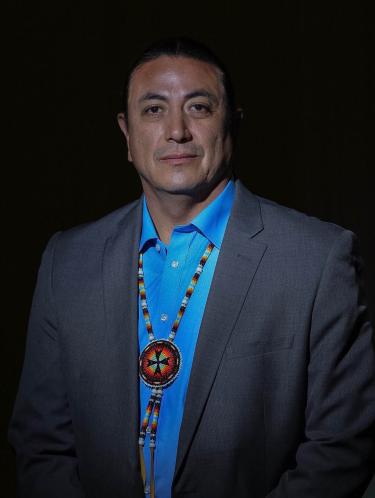 Dave Archambault II (Lakota: Tokala Ohitika) is the Senior Fellow for the University of Colorado’s First Peoples Worldwide, and the former Chairman of the Standing Rock Sioux Tribe.

In 2016, he emerged as a global leader for Indigenous Peoples’ rights as he led the opposition to the construction of the Dakota Access Pipeline. Mr. Archambault testified before the United Nations Human Rights Council in Geneva, led the Washington, D.C. “Native Nations Rise” March, and published editorials in The New York Times. He continues to be a voice for tribal sovereignty in championing protection of tribal treaty lands and natural resources.

Mr. Archambault was named a “Leading Global Thinker of 2016” by Foreign Policy Magazine, and was given the "Native American Leadership Award" by the National Congress of American Indians. He also received a "Doctorate of Law Honoris Causa" from the Vermont Law School.

Mr. Archambault attended the Standing Rock Community College (now Sitting Bull College), Bismarck State College, and earned a Bachelor’s degree in Business Administration from North Dakota State University. He earned a Master’s Degree in Management from the University of Mary. He is a proud husband of 20 years and father of two.