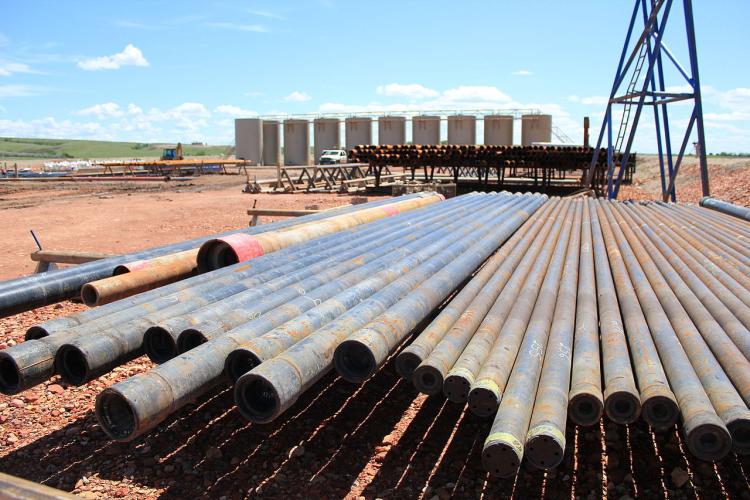 Yesterday the newest draft of the Equator Principles, EP4, was formally adopted by the Equator Principles Association (EPA) after a vote by Equator Principles Financial Institutions (EPFIs) in Singapore. Though a targeted review began in May 2017, adoption of the final draft comes after a rushed stakeholder consultation process from June to August 2019 and has resulted in modest revisions that fail to improve what is supposed to be the financial industry's "gold standard" in social and environmental risk assessment.

Via multiple means, and in partnership with allies around the world, First Peoples Worldwide set forth the ways that EP4 should be revised both 1) to provide adequate risk assessment for clients and EPFIs during project finance, and 2) to implement processes that respect and protect the rights of Indigenous Peoples globally.

The new text of EP4 does not reflect the enormous global political, social, and environmental changes that have occurred since the last draft was ratified in 2013. Overall, the minimal revisions implemented in EP4 show a lack of courage by the EPA to set a strong global standard that respects human rights, protects the rights of Indigenous Peoples, and accounts for the multiple effects of climate chaos.

EP4 retains reference to the United Nations Guiding Principles (UNGPs) and, as a new addition, references the United Nations Declaration on the Rights of Indigenous Peoples (UNDRIP). However, these references do not evidence the thorough integration of respect for human rights and Indigenous Peoples’ rights necessary to drive conforming corporate behavior. For example, the UNDRIP is referenced in the definition of Indigenous Peoples rather than as a guiding human rights instrument. And, instead of implementing the “identify, protect, mitigate and address” framework within the UNGPs as a way to create proactive risk assessment processes, EP4 remains reactionary by setting forth language to “minimize, mitigate, and compensate” once impacts have already occurred. At worst, this language assumes that issues cannot be prevented or avoided through enhanced risk assessment and, at best, does not standardize an approach that avoids human rights abuses that once occasioned, cannot be undone.

This same assumption repeats as to Indigenous Peoples in the neutered language of Principle 5, which shows no commitment to implementing free, prior, and informed consent (FPIC) as a right. The language of EP4 does not reflect either of the two draft version of FPIC – showing a lack of care to further consult with stakeholders in an iterative dialogue – and it removes the key protections in draft version 2 that required EPFIs to understand whether and how FPIC was obtained. EP4’s FPIC provisions, and the whole of the document, include affected community participation as part of a steamroller process designed to move a project forward with knowledge of – but regardless of – impacts on Indigenous Peoples. In this scenario, the project’s actuation is a foregone conclusion rendering any participatory process perfunctory at best.

EP4 does widen the application of the existing participatory process as to Indigenous Peoples to all projects that affect them, showing a brief acknowledgement of the importance of their participation. However, EP4 pivots from including an innovative standard that could require FPIC to be affirmatively obtained to an ad hoc process where a client’s FPIC procedure is evaluated by an outside consultant against host country laws and IFC Performance Standard 7. With this pivot, the EPA eschews their aspiration to set a global standard for the easier work of allowing institutions to define their own engagements that will range from exemplary to non-existent.

Contrary to feedback from civil society stakeholders around the world, the distinction between Designated and non-Designated countries remains. During the consultation process, one of the concerns regarding the removal of country distinctions in favor of one common standard was that applying IFC Performance Standards in Designated Countries would be confusing at the project-level since doing so does not conform with current practice. However, instead of innovating current practice to forward human rights and environmental stewardship, EP4 uses this as a justification to rely on domestic legal regimes that, as in cases such as DAPL, contribute to human rights violations. The EPA thus indicates a deference to institutional laggards rather than a desire to create a gold standard for all EPFIs that maximizes protections for EPFIs, clients, and Indigenous Peoples.

Furthermore, EP4 does not include a better grievance mechanism, let alone one aligned with the UNGPs. Again, evidence that the EPA is more committed to ensuring smooth project completion and “resolving concerns” should they arise rather than adequately considering potential or actual impacts to inform project design.

EP4 is built on the flawed assumption that a guiding policy cannot be integrated in an operational risk assessment. That assumption means that EP4 is of limited use as the framework is cobbled together in a way that does not render a coherent whole. Reference to the UNGPs is important, but is meaningless without a consistent use of the “prevent and avoid” framework it espouses. Inclusion of FPIC is valuable, but is hollow if it is merely a word pasted on top of a process designed to “achieve agreement” (fn.7) rather than solicit consent meaningfully.

We live in a world where Indigenous Peoples care for 50% of the earth’s surface and steward 80% of its biodiversity.† And, Indigenous Peoples are overrepresented in the number of human rights defenders murdered protecting their lands and resources. EP4 does not consider these realities a matter of material importance. It thus fails as a protective shield for Indigenous Peoples and for financial institutions. As we have offered from the beginning of the review of the Equator Principles, First Peoples stands ready to assist those institutions who seek leadership in a meaningful operationalization of the rights of Indigenous Peoples.

In sum, EP4’s weak and noncommittal language renders it instantly obsolete, especially for those financial institutions seeking to catalyze meaningful partnership with Indigenous Peoples to avoid social and environmental violence.