Moving Forward, but in Circles 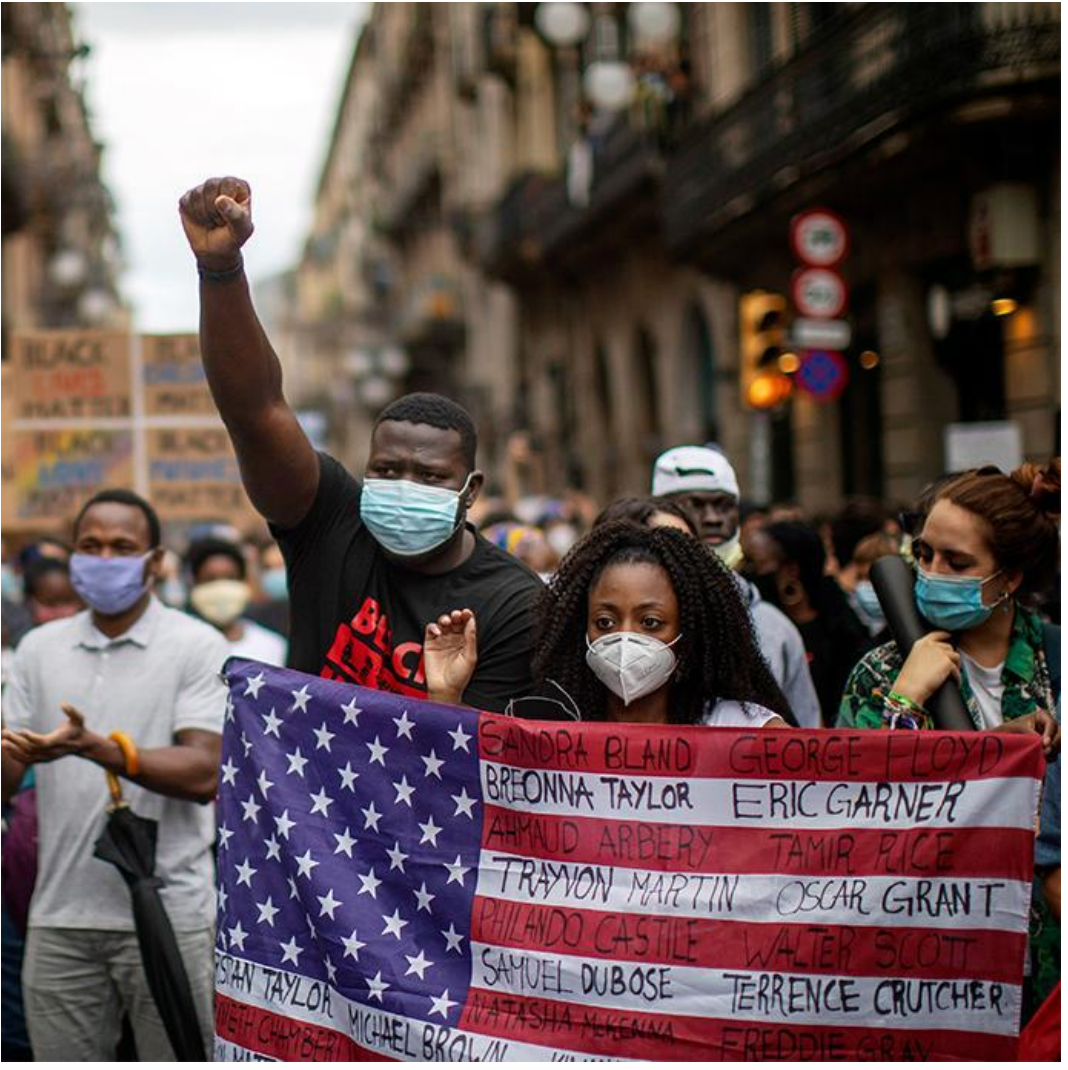 Moving Forward, but in Circles by Josh Frank

America was born of revolution, but it will die of stagnation.

The American revolutionaries of the 18th century looked quite a bit different from the freedom fighters of today. The founding fathers of the United States were exclusively white, many owned slaves, and many were exceedingly rich. The revolution proposed on the streets today comes from almost a polar opposite perspective, fighting to secure the rights of the black and brown communities that have been trodden upon since the founding of the country. Yet hundreds of years later, their voices are calling out for many of the same things; liberty, accountability, and change. Protestors are faced not only with heinous police brutality and discrimination, but a pair of presidential candidates who have refused to take a strong stance to address the concerns of protestors. Donald Trump’s view towards protestors seeking racial equality has been made exceptionally clear via his tweets, where he has threatened the use of force against Black Lives Matter protestors, while simultaneously defending the people who brought assault rifles to state capitol buildings to protest COVID-19 lockdown. His implementation of federal agents to detain protestors in unmarked vehicles in Portland makes his stance even clearer. Joe Biden, while tepidly supporting civil rights protestors, has refused to take a hardline stance on police reform; his campaign website supports a shift away from mass incarceration, but fails to mention any reform concerning the conduct of police officers. The United States has become almost completely paralyzed in the face of difficult social and political problems, and its stagnant unwillingness to provide decisive change risks the death of the revolutionary spirit that should serve as the backbone of American politics.

History has repeated itself for far too long.

When Black History is taught in schools, the emphasis is mainly placed on the historical successes in Black liberation; the Emancipation Proclamation, the Civil Rights Act of 1964, and the election of the first Black president of the United States. These achievements were incredibly important, and show it is indeed possible to make large strides in social and political progress. However, public education falls incredibly short when it comes to education about the less comfortable topics, including the Tulsa Race Massacre in 1921 and the beating of Rodney King in 1992, just to name a few. Both of these topics are barely mentioned in public school curriculum, and yet they are some of the best historical indicators of the tenuous relationship between the United States and racial politics; progress is excruciatingly slow, and the interim periods between watershed moments of progress can bring forth the ugliest side of race relations in the US. The glossing over of these aspects of American history has made Americans complacent to the slow pace of social progress, and as such, significant progress is only made, and important conversations only held when tensions rise to a breaking point as they did earlier this summer. One way of solving these issues in American Schools has recently been exemplified by the California Teachers’ Union, whose demands for returning children to school in the fall include the adoption of anti-racist teaching practices. Not all teachers’ unions have enough power to make these demands, but teachers using their leverage to make schools more anti-racist is a huge step in the right direction.

In all parts of the political spectrum, this cycle’s selection of candidates provides nothing new. The choice is between the sitting incumbent and a remnant of the bygone Obama presidency. To a country facing a crisis of identity, these two candidates represent the ungraceful age of democracy in the United States. The country has operated on more or less the same principles of neoliberal economics and unbalanced domestic action for half a century, and its people are hungry for change. What the country desperately needs is a presidential candidate who is completely conscious of the conversation surrounding modern race relations, as opposed to someone who is only tangentially interested. America needs a candidate who is willing to stand behind large, controversial reforms to make America the land of the free that every citizen wants it to be. As long as people of color are subject to today’s deeply entrenched and systemically racist political system, America’s democracy will continue to die a slow and excruciating death at the hands of partisan gridlock and spineless complacency.

America is a country that, as a whole, is terrified of change. Legitimately progressive or status-quo-defying presidential and congressional candidates are continually lambasted for daring to think outside the constrictive box of American political discourse. Where did the revolution go? Where did the struggle for a perfect democracy go? The righteousness of the iconic ideal of American progress has been completely shunned by the current political climate in favor of barely-thought-out platitudes and empty promises that benefit only the most cautious and squeamish Americans. For real progress to take place, America must put aside its fruitless games of incrementalism and confidently stride forward.