The Competition Between Airbus and Boeing 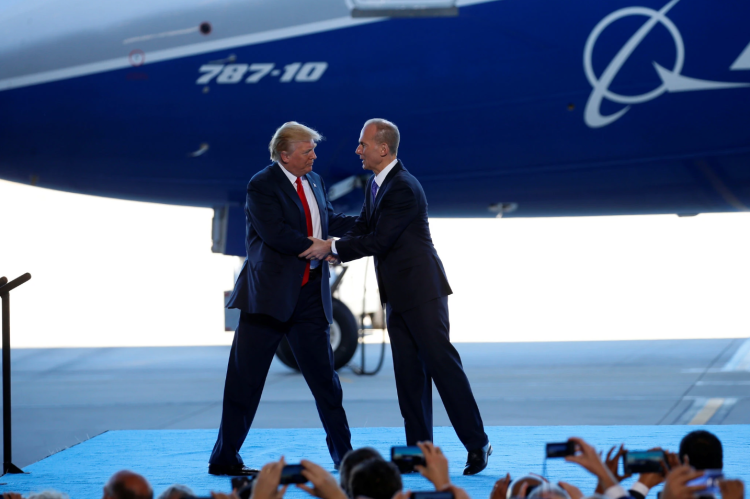 The Competition Between Airbus and Boeing

The international airplane manufacturing industry is dominated by the United State’s Boeing, Europe’s Airbus. Through subsidies, the United States and several European countries have made significant financial contributions to their respective manufacturers, fueling competition and damaging free trade principles of market competition in the process. The tremendous amount of financial contributions received by Boeing and Airbus from their respective countries of origin has led to a considerable rivalry between both companies.

The conflict, which has become amplified by several Boeing aircraft - manufacturing defects, complicates the question of whether countries should be providing extensive financial support to domestic companies under any circumstance, such as the United States and Boeing. On one hand, Boeing’s dotted history of mechanical failures, a declining reputation, and loss in market share makes the company desperate for assistance. On the other hand, the United States could severely impair free trade through its contributions to Boeing and perpetuate the subsidy war that has already lasted for 17 years.

Boeing and Airbus, together, have always dominated the air-craft manufacturing industry. Boeing held considerably more market power until 2003, when, through financial support from European governments and loan forgiveness, Airbus overtook Boeing as the leading airline manufacturer in the world. The conflict between Boeing and Airbus heightened in complexity when the United States brought a case to the World Trade Organization and argued that EU member states provided illegal subsidies to Airbus. In response, the EU filed a claim that US government subsidies provided to Boeing were given in significantly larger amounts. Both cases were thoroughly investigated and the results were alarming.

There is a case to be made for the United States to provide financial assistance to Boeing, even if this action may warrant additional WTO investigations. Recent Boeing manufacturing failures and airplane crashes have caused the grounding of the Boeing 737 max, which is widely used for international travel. As a result, in 2019 alone, Boeing lost $4.1 billion in sales and the company is currently in hot water with airline companies and their angry customers. Compensation claims made by families of victims of the fatal 737 Max crashes have furthered Boeing’s rising costs. Financial aid may be essential for Boeing to speed research and development on the Boeing 737 Max to avoid future mechanical failures. Additionally, the EU has not ceased subsidies to Airbus. EU financial assistance to Airbus, in addition to costing Boeing billions of dollars in sales, has contributed to Airbus replacing Boeing as the world’s largest aircraft manufacturer as of 2020. Though competition between companies is natural in the world of business, the gap between the number of aircrafts produced in 2019 by Boeing vs. Airbus is quite significant (345 vs. 863). The concern remains that by grounding the 737 max, Airbus could monopolize the aircraft manufacturing industry. Therefore, financial assistance from the United States federal government, is essential to preserve Boeing’s market presence. Thus, providing assistance to Boeing at this point is centered more on aiding a vital domestic asset rather than fueling tensions with the European Union.

The Case against Boeing Subsidies

There are countless consequences that arise from US engagement in a subsidy war with the EU. The main concern is the implication that United States subsidies would have on free trade. Yes, the EU’s subsidies are tainting the very essence of market competition and global trade. However, does the United States really want to be a contributing factor to weakening the competitiveness of the international economy? The rich culture of corporate welfare has given certain businesses advantages over others in the international economy and has also contributed to establishing an overbearing market presence with little room for other competitors to enter.

Additionally, subsidizing large corporations stifle entrepreneurship and innovation. Entrepreneurs are essential to the economic growth of a country. They often take ideas that are overlooked by larger corporations and government entities and develop them in such a way that causes dramatic change in their respective industries. The nature of corporate welfare undermines the essential role that entrepreneurs play in economic growth, because governments pumping money into large corporations leaves little room for other players to enter the market. Lastly, engaging in a tit-for-tat game with the EU would only prolong the conflict longer as each side would continue to file WTO lawsuits against each other. If the WTO lawsuits failed to influence policy, then both countries would continue to implement subsidies and abandon the basic tenets of free trade.

Literature surrounding this topic, rather than taking a certain company’s side, has gone on to blame the WTO for its inability to devise an effective and successful strategy to end the dispute. Scholars argue that the WTO is ineffective because of two main reasons: the fragile nature of the Dispute Settlement Board within the WTO and the complexity of the issue itself. The legal structure within the WTO, with different panels and the appellate court, is not powerful enough to render a decision that scholars think will ever be followed through by the losing side - in this case the EU. Additionally, in order to support the charges they have brought against one another, the United States and the EU have constantly looked to their allies for data, information, etc. The WTO panel that ultimately decided the case had a maximum of three months to digest a plethora of information from both sides, distinguish between how much of the benefits received by the companies actually served to assist in the manufacturing of aircrafts, and most importantly, how the financial assistance received by both companies hurt the other country. Essentially, scholars see the situation as giving the WTO much more power than they can absorb or project, leaving the situation in a tight deadlock. The prolonged nature of this conflict, through numerous cases filed on both sides and a lack of an effective solution, demonstrates the weakness within international institutions, such as the WTO in solving complex problems. But a lack of a clear solution and a minimal crackdown by the WTO further incentivizes both sides, the United States and the European Union, to continue subsidizing their respective industries. Thus, it may be up to the WTO to strengthen their ability to exert a considerable amount of pressure on both parties if there is to be any change made in the existing tensions between the United States and the European Union regarding the issue of subsidies.