The Chinese Scramble for the Gulf of Guinea 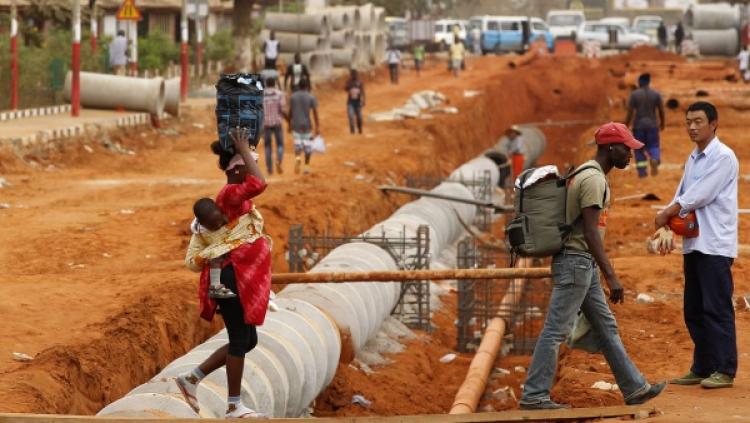 In 2013, China launched the Belt and Road Initiative to strengthen its state-owned enterprises (SOE), create new export markets and augment its geopolitical power. China began investing in African and Asian transportation, energy and infrastructure, currently amounting to over 100 billion USD and, recently, has started focusing on the oil-rich states in the Gulf of Guinea (GG). These Chinese investments have come in the form of commodity-backed loans, where China receives control, or payments, of a commodity if the beneficiary defaults and lofty infrastructure projects that often stipulate a percentage of Chinese state control. If China persists under these practices, it will become the GG’s neocolonial master and jeopardize U.S energy, humanitarian and security interests in the region. The U.S has articulated a clear Africa policy: Prosper Africa and has passed the “Better Utilization of Investments Leading to Development” (BUILD) act, but it must increase its initiative if it wants to advance its interests and see GG states develop sustainably.

According to All Africa, the GG consists of Ghana, Togo, Benin, Nigeria, Cameroon, Equatorial Guinea, Gabon, Sao Tome, Principe, Angola and Congo. The GG is finding increasing relevance in the world order, with almost 60% of its population under the age of 25, nascent conflicts proliferating and possessing fishing, forestry, agriculture and oil resources. As of 2016, excluding the Persian Gulf, ¼ of the barrels of oil in the world originated from the GG. Since the GG possesses vibrant potential markets, a massive youth population and oil, the United States has interest in maintaining peace, stability and positive economic development in the region. The US, in coordination with other international powers, must carefully manage the conflicts, resources and economic development in the GG, as conflict in Cameroon, Nigeria, Niger, and Mali continually present jihadist threats. The GG provides the U.S with an opportunity to demonstrate it has learned from its 18 years of war on terror, and that the U.S can use development, in cohesion with military power, to further its interests and address the issues of poverty and weak governance that allow radicalism to flourish.

In drawing on the Han Dynasty’s brainchild, the silk road, Xi Jinping is attempting to galvanize nationalist sentiment while cementing China as a power in the world order. Part of Jinping’s vision concerns fomenting a neocolonial relationship with participating states, shown when China receives future profits and control of Ghanaian electricity infrastructure it helped build, or when Benin annuls a railroad contract with French firm and gives it to a Chinese SOE. Furthermore, China has credited Ghana, Niger, Cameroon and Equatorial Guinea each with over 2.5 billion USD and a staggering 20 billion to Angola, credit backed with each state’s oil. A component essential to the BRI, China implements no conditions about human rights, governance or military operations in its contracts, which allows it to nurture authoritarian regimes, like Cameroon, and makes no commitments to counterterrorism in the region. China has also taken meticulous efforts to markedly increase its soft power, building over 40 Confucius institutions, or state-sponsored learning centers, and creating an African news network. One can discern themes of the cold war in these Chinese efforts for neocolonial supremacy, but themes now less evident: predatory development assistance and trade deals, rather than proxy wars. However, the U.S must not adopt the cold war attitude of good versus evil; it needs to follow articulated goals and work with, and around, China to inhibit the neocolonial aspects of the BRI and ensure the advancement of U.S interests in the region.

In 2018, the Senate authorized the BUILD act, creating an organization that coordinates U.S state and private development assistance. Remaining underfunded and underutilized, the Trump administration must revive this organization to increase U.S development assistance in response to the GG. Second, Trump must act on his Prosper Africa policy, which emphasizes prosperity, security and stability in U.S - African relations. To successfully implement this policy, the Trump administration should increase humanitarian aid to West Africa, increase coordination with European security operations in the region, increase interaction with African leaders, take conscious efforts to improve cultural exchange with GG countries and request U.N oversight of GG development initiatives to ensure that the projects in Africa remain in the best interest of the African people. The U.S has slipped in maintaining the goals set forth in Prosper Africa, but if the U.S takes the aforementioned steps, it can help increase the sustainable development of GG while guiding BRI funding to target the interests of the GG people. This will help the U.S to explore its interests in the region and allow the world increased opportunity to resolve the jihadist conflict currently plaguing the GG.