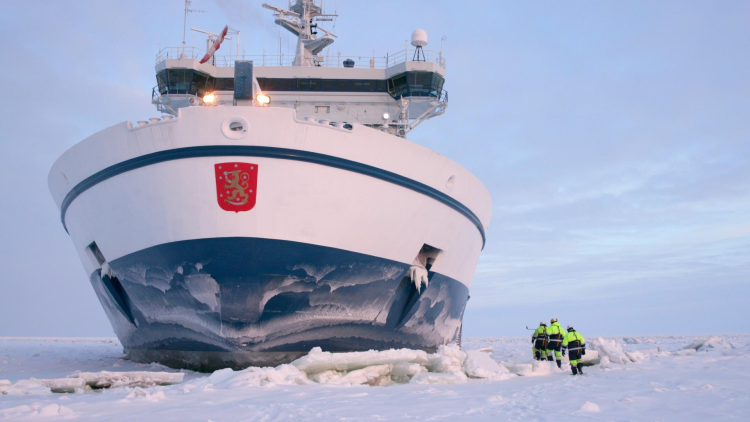 The fossil fuels that once powered prosperity and innovation across the world are now its greatest threat. The carbon emissions released through the burning of fossil fuels has significantly increased the concentration of heat-capturing greenhouse gases, causing deleterious and indelible changes to the Earth’s environment. In the past decade, the effects of a changing climate are increasingly visible - rising sea levels, severe heat waves, and stronger hurricanes have captured international attention.

The destruction caused by increasingly extreme weather patterns is immense. In fact, since 2016, severe weather events have cost the United States over $130 billion per year in damage and reconstruction; and caused an average of over 500 fatalities annually. While these environmental calamities decimate countless global communities, another growing threat lurks in the shadows of the media spotlight.

Climate change is a ubiquitous threat multiplier that critically endangers global social, economic, and political security. Soaring temperatures have provoked political unrest around the world. In the Arctic, for example, melting sea ice has opened new shipping routes and offshore drilling that promise untapped economic opportunities, inciting territorial disputes between global hegemons. Over 3,000 miles away, nuclear powers India and Pakistan teeter on the brink of war over territorial claims on freshwater stores now flowing from the melting glaciers of Kashmir. Recognizing that these geopolitical consequences have considerable ramifications are necessary for alleviating the international policy deficit that currently exists.

As the international community prepares to band together in the fight against a warming planet, one country has an anomalous message for climate change - bring it on. The Russian Federation is one of few countries projected to experience a net benefit from climate change. Besides an evolution of agricultural land from a thawing tundra, Russia is at the forefront of today’s largest race for natural resources.

Over the past three decades, the Arctic has lost 95 percent of its oldest ice. While this melting has severe environmental and health consequences, Russia, along with other Nordic countries (and China), are engrossed in its untapped economic potential. The Northwest Passage, a once fabled shipping route, is soon to become a trade artery between major economic powers - the United States, China, Russia, and the European Union. Additionally, the potential for ice-free summers allows access to 13 percent of Earth’s oil and 30 percent of its natural gas reserves. The Kremlin has invested billions of dollars to harness this mineral capital and geopolitical power.

As the third leading producer of the world’s oil and frontrunner in the natural resource race, the Russian Federation has little incentive to participate in climate mitigation policy that (1) targets its primary source of revenue and (2) protects the region Russia seeks to profit from. Ultimately, the Russian government continues to sacrifice the environment for these fundamental reasons - in addition to satisfying Vladimir Putin’s imperial kink.

Himalayan glaciers are experiencing the same developments as Greenland’s ice sheets. However, instead of promising economic advances, catastrophic floods and escalating political conflict between two nuclear powers have put over one billion citizens at risk.

For 70 years, Kashmir remains one of the most heavily disputed regions on Earth. The mountainous territory has endured three wars and remains the stomping ground for over half a million Indian troops, along with a pernicious collection of extremist militants. On February 14, 2019, a suicide bomber attacked a convoy of Indian security forces, killing 40. The explosion resulted in an eruption of conflict, including multiple Indian airstrikes in alleged militant territory in Pakistan.

A significant part of the conflict is exacerbated by a massive freshwater supply for two countries with inflating populations and growing threats of food insecurity. As at least 330 million Indian citizens continue to be affected by drought, Pakistanis currently face ‘alarmingly high’ levels of malnutrition due to the same below-average monsoon rainfall and abnormally high temperatures.

The Indus River is the focal point of this impending water war. It is one of two rivers feeding northwest India and the only water system supporting Pakistan, where more than 92 percent of the land is arid or semi-arid. As melting Himalayan glaciers hastily feed this river, the urgency to divert freshwater to dehydrated regions amplify.

India currently controls its flow. After the recent clashes in Kashmir, the leading official stated the government will divert water from Pakistan back to Indian territories. By manipulating water scarcity and food insecurity as political pawns, India has used climate change to put Pakistan in an existential checkmate - officially give up Kashmir, or face the symptoms of a warming world.

Glacial ice is melting faster than policy created. The international political stalemate can be understood through a perspective of relative damage and dominance - who will suffer more, who will benefit, and of those, who has the most power.

Over the past 20 years, the international community has attempted to implement greenhouse gas reduction levels through agreements like the Kyoto Protocol. These efforts have varying levels of success. The core justification for addressing climate change at the international level is straightforward - greenhouse gas emissions distribute evenly and affect the global climate, not just the region they originated. This concept presents a fundamental implication in international policy.

The global distribution of wealth has pushed a small fraction of the world’s population to be the primary forces of climate change. However, as large economies like China and India rapidly industrialize, this theory begins to shift. The accelerated development of countries like China and India have put two international goals at odds. One, to expand education, food, and wealth in developing regions, and two, the mitigation of climate change.

The intricacy of the international political economy translates into varying goals and demands. Often, the cost of emission reduction policies run counter to state political priorities - especially the wealthy ones. Currently, China, the United States, India, and Russia are the top emitters of carbon dioxide (respectively). As the leading exporters of natural gas and oil, a global agreement to cut emissions means a decreased demand in fossil fuels and a significant hit to their economies. Similarly, China and India rely on these exports to maintain their accelerating production. In fact, they are the second and third greatest consumers of oil. These four countries are not only related in their reliance on fossil fuels but in their economic dominance and military prowess. As a result, these governments dominate the international negotiation table and notoriously hinder climate change mitigation efforts.

On the other side of the climate argument, rests developing regions who lack the infrastructure and finances to adapt to a changing environment. Regions like Kashmir, where floods caused by melting glaciers threaten the lives of thousands. These areas with the most to lose, however, have the least amount of say. Their fragile economies and limited militaries are dwarfed by larger, polluting nations.

At face value, international environmental politics appear as a quintessential, zero-sum game between the powerful and powerless. Sure - in the short run, some counties will experience gains in expense of another’s loss. Overall, however, the ramifications of a warming world are indiscriminate to economic power and military strength. That being said, the ubiquity of this threat makes everyone powerless, and therefore challenges our fundamental understanding of international politics.