Balancing the Ticket: Profit-making Versus Innovation in the Pharmaceutical Industry 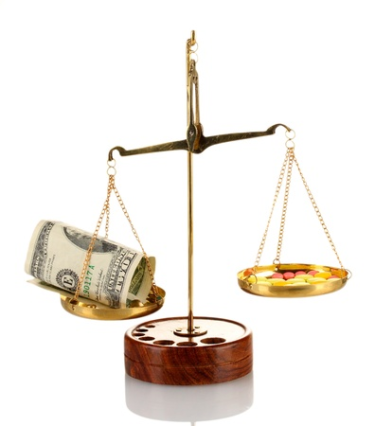 The outbreak of the opioid crisis in the United States spelled trouble for OxyContin maker Purdue. Over 2,000 lawsuits accuse the pharmaceutical giant of fueling the opioid epidemic by misleading the public about the addictive potential of its painkillers. In the final week of March alone, Purdue reached a $270 million deal with the state of Oklahoma, narrowly avoiding a televised trial over the company’s role in the opioid epidemic. Although Purdue denies all allegations, similar lawsuits have strained company assets and forced the Sackler family which owns Purdue to consider filing for bankruptcy.

The opioid epidemic: how did we get here?

Over two decades ago opioid related addictions began to drastically increase across the United States. The opioid epidemic developed following pharmaceutical companies’ strides to convince medical professionals that their opioid pain relievers would not cause patients to become addicted. Pharma’s public relations campaign was largely successful, and doctors across the country started prescribing opioid medications at much higher rates than before. After years of steady increases in painkiller prescriptions, it became evident that the opioids had highly addictive potential. In turn, this contributed to rapid increases in opioid overdoses and widespread misuse of drugs.

OxyContin has been at the center of the controversy. Purdue, the company that makes OxyContin, has advertised the painkiller as a safe non-narcotic. Prior to the introduction of OxyContin, medical practitioners were reluctant to prescribe opioids, citing fears about the addictive potency of opioid pain relievers. Despite this reluctance within the medical community, Purdue officials were determined to change the narrative surrounding their pain relievers and overcome what they saw as “opiophobia”.  Excessive marketing of the painkiller and aggressive lobbying aimed at easing access to the medication helped Purdue: OxyContin consumption increased by 500% from 1999 to 2011, despite mounting accusations that the painkiller acts as “heroin in a pill”.

The Mainstreaming of Opioids

To be sure, Purdue is only part of the broader controversy surrounding opioid prescriptions. Opioid prescriptions have proven to be a lucrative business for pharmaceutical companies. The total number of dispensed prescriptions reached 236 million in 2016, up from 112 million in 1992. The increases in popularity of painkillers correlate with shifting notions of acceptable pain for patients. Studies show that since the 1990s, a variety of medical and non-medical factors were instrumental in legitimizing the use of opioids for pain treatment. Generally, observers agree that the mainstreaming of opioid prescriptions has been a major driver of opioid related incidents in the United States.

An article in Pain Physician, a peer reviewed scientific journal,  holds that “Over the past 20 years, the liberalization of laws governing the prescribing of opioids for the treatment of chronic non-cancer pain by the state medical boards has led to dramatic increases in opioid use.” In 2000 the Joint Commission on the Accreditation of Healthcare Organizations (JCAHO) adopted new pain treatment standards which emphasized the right to pain relief, and categorized opioids as safe and effective ways of dealing with pain. These and similar changes came amid aggressive marketing by pharmaceutical giants aimed at promoting the use of opioids.

The opioid crisis that followed has had disastrous consequences, both on human life and on the economy. Death tolls vary by the hundreds of thousands, but even the most conservative estimates say that at least 200,000 Americans died as a result of opioid-related overdoses. On the economic end, between 1999 and 2015 the United States lost 27 billion work hours and $1.6 trillion in real output as a direct result of opioid-related incidents.

To Regulate or not to Regulate?

Currently, proponents of pharmaceutical liberalization are winning the regulatory battle. Compared to most developed countries, the United States government has historically been reluctant to engage in strong pharmaceutical industry regulation. The main justification for this is a wide-spread notion that regulation such as drug introduction barriers and drug price regulation will lead to lower profits, which will in turn decrease funds for pharmaceutical innovation. There is some credence to this line of argument.

The biopharmaceutical sector in the United States spends over $60 billion per year on research and development of new products. Data from 1992 to 2004 shows that U.S. companies accounted for 43.7% of all new molecular entities (NMEs). NMEs are drugs that contain active moieties and are awaiting approved by the U.S. Food and Drug Administration, and researchers commonly use NME as a measure of innovation in the pharmaceutical industry.

Pharmaceutical liberalization proponents are correct to point that innovation in pharmaceutics is an expensive undertaking that requires substantial use of time and resources. On top of clinical trials, companies must steer public opinion, soften regulatory policies and convince medical professionals about the merits of their new products. Profiting from increased sales of approved drugs, the argument goes, will incentivize pharmaceutical companies to dedicate even more to research and development, which in turn will produce important pharmaceutical innovation. Health Affairs, a peer-reviewed journal, conducted a time-series analysis that tentatively showed a link between rise in profits from sale of drugs and increased spending on innovation.

However, as demonstrated by Purdue’s case, aggressive marketing of opioids and other pharmaceutical products can sometimes lead to adverse consequences. Given what we know about the profit-making incentives for pharmaceutical companies, and the link between increased profits and increased innovation spending, here are some questions to consider: