Structure of the B4 Liquid Crystal Phase near a Glass Surface 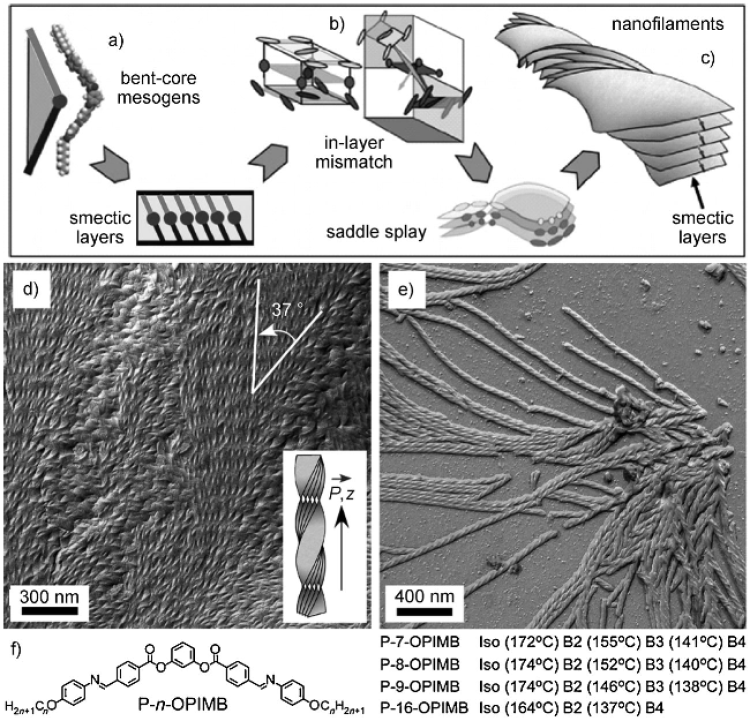 The B4 liquid crystal phase of bent‐core molecules, a smectic phase of helical nanofilaments, is one of the most complex hierarchical self‐assemblies in soft materials. We describe the layer topology of the B4 phase of mesogens in the P‐n‐OPIMB homologous series near the liquid crystal/glass interface. Freeze‐fracture transmission electron microscopy reveals that the twisted layer structure of the bulk is suppressed, the layers instead forming a structure with periodic layer undulations, with the topography depending on the distance from the glass. The surface layer structure is modeled as parabolic focal conic arrays generated by equidistant parabolas whose foci are defect lines along the glass surface. Nucleation and growth of toric focal conics near the glass substrate is also observed. Although the growth of twisted nanofilaments, the usual manifestation of structural chirality in the B4 phase, is suppressed near the surface, the smectic layers are intrinsically chiral, and the helical filaments that form on top of them grow with specific handedness.