Drawing on her years of experience in state and national government as well as academia, Madden will address why climate change has become so politicized, how we got here, and how to move forward. She will share current social science research that describes how conservatives and liberals interpret language and information related to climate change. In addition, she will share ideas on how to keep climate research at the center of political discourse to influence sustainable energy policy and development. 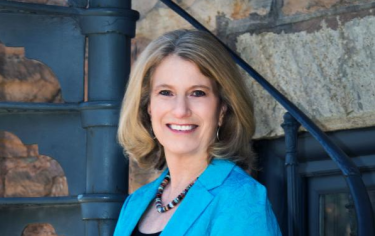 Since 2016, Alice Madden has been the executive director of Colorado Law’s Getches-Wilkinson Center, which promotes interdisciplinary research and innovative problem-solving around environmental justice, public lands and tribal resource management, climate change and energy development. Madden worked in high-tech for several years before earning her law degree in 1989. She was elected to the Colorado House of Representatives in 2000, where she served as majority leader from 2005-08. She also served as former Colorado Governor Bill Ritter’s climate change advisor and deputy chief of staff to help build the “New Energy Economy” and later with a team within the U.S. Department of Energy that focused on, among other things, President Obama’s Climate Action Plan. She was also a senior fellow on climate change at the Center for American Progress in Washington D.C. For more information, visit Madden’s website.