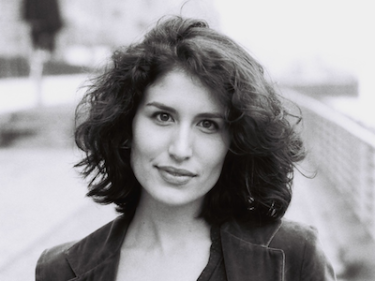 Fernanda Iwasaki is a PhD student at CU Boulder, where she studies contemporary Latin American literature. Her research focuses on the short-story genre and the power of storytelling for fighting oppression or offering nontraditional perspectives of reality. Iwasaki is originally from Lima, Peru and was raised in Spain. Besides her training as a researcher and educator, Iwasaki also holds a BFA in Theater and works as a creative writer. She is interested in working as an educational developer and also leading and assessing community art projects for organizational culture change, such as applied theater. During the past two years, Iwasaki has collaborated with Motus Theater, in a project called Salsa Lotería, and with the Colorado Shakespeare Festival for the Shakespeare & Violence Prevention program. Her fluency in English and Spanish makes her a great asset for working with the Latinx community. Learn more about Iwaskai at www.mariafernandaiwasaki.com

Students in the Engaged Arts and Humanities Graduate Student Scholars program participate in the development of a community-engaged scholarship "partner" project. Below, please read about Iwasaki's project and her approach to this work.

What is Your Community-Engaged Scholarship Project?

“Historias de Superhéroes” is a creative workshop, offered as an extracurricular activity for 3rd grade Latinx students at a local elementary school. The workshop engages and elevates students’ use of their native Spanish language resources. The goal is to transform the parents of these students into superheroes and have, by the end of the semester, a written story of their fantastic adventures. This workshop will be guided by me, together with a small group of CU Boulder undergraduate students. Parental involvement will also be highly encouraged. The project will give the elementary school students and the CU undergraduates the opportunity to practice their speaking, writing, reading and listening skills in Spanish, within a real setting, and towards a meaningful and creative product. By the end of the 8-week session, each student will produce a small illustrated story that can be bound into a book.

How are you using the tools of your discipline in your project work?

As a scholar in the field of literature and culture in Spanish, and as a language teacher, I regard the Spanish language as one of the most powerful tools at my disposal to understand the world around me and to reclaim agency and reshape reality. This is why, in my community-engaged scholarship project, Spanish is a key component.

How does your work connect to engaged scholarship (teaching, research and/or creative work)?

I am offering a creative workshop at Columbine, a dual language elementary school. I will lead a group of 3rd grade Latinx students in creating illustrated stories of their parents as superheros. To assist us during this workshop, I am also recruiting a group of CU undergraduates, minoring or majoring in Spanish, who identify as Spanish heritage speakers.

The project will give both the elementary school students and the CU undergraduates the opportunity to practice their speaking, writing, reading and listening skills in Spanish within a real setting and towards a meaningful and creative goal. Spanish will be the students’ main ally in the creation of different types of heroic narratives. I want the students to know that Spanish is not just a language confined to their private lives, but also a powerful tool to create and to transmit knowledge to many audiences.

I will train the CU undergraduates to work on the project, and together we will design and assess original materials and interactive activities for the 3rd grade latinx students. We will collaboratively reflect about our own method of teaching and the learning of Columbine students in their activity of writing and illustrating a story in Spanish.

How are you framing this work through your own experience, commitments and current and future goals?

I never labeled myself outside of the US, partly because it seems an impossible enterprise. I was born in Peru, where my father is from, but I was raised in Spain, my mother's country. In terms of documentation I am both, Peruvian and Spanish, although my last name reveals a different type of ethnic identity because my grand grandfather was Japanese and his name has already survived three generations. His language, however, which my grandfather spoke fluently, is now lost. Nobody in my family speaks Japanese because in the 40s, when my grandfather was still very young, Japanese were persecuted and deported to United States where they were imprisoned in concentration camps. My grandfather grew up hiding for years and his family had to seek sanctuary in a church in order to protect themselves. Because of this traumatic experience, my grandfather tried to protect his children by disregarding his japanese roots.

Here, in the United States, and taking into account the current political climate, it makes sense for me to fully embrace my Hispanic and Latinx identity. I want to contribute to the protection of my community and try to find strength in what makes us powerful and unique. For personal and professional reasons, my mission while living in this country is to spread and protect the Spanish language, the rich vocabulary and grammar that makes it possible for us to transmit a different but equally valid worldview.