Native Americans, and other groups identified as Indigenous in many parts of the world, have characteristically suffered histories of colonialism, the taking of their lands, and the suppression of their cultures. The legacies of these patterns manifest themselves today in Indigenous peoples generally experiencing marked disadvantages within the countries that have grown up around them. Within the last several decades, the international system of norms and decision-making, which is anchored in the United Nations and regional inter-governmental institutions, has addressed the concerns of Indigenous peoples.  The result has been a growing body of international law and policy that affirms and promotes respect for Indigenous peoples’ rights.

During this CU on the Weekend talk, Professor Anaya will discuss the drivers behind and the most prominent elements of this developing body of international law and policy. He will also address, from both theoretical and practical perspectives, the significance of this body of international law and policy for the United States and other countries where Indigenous Peoples reside.

Please note that live captioning and ASL interpreting services will be provided for this lecture. 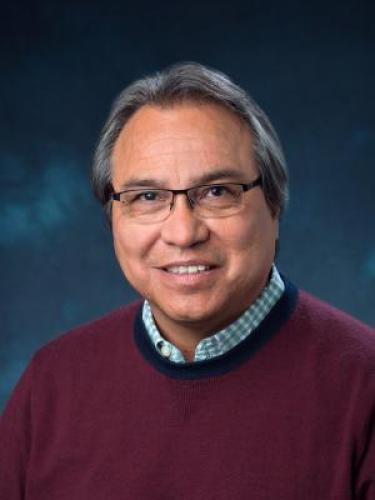 James Anaya is University Distinguished Professor and Nicholas Doman Professor of International Law at the University of Colorado Boulder. He has taught and written extensively on international human rights and issues concerning indigenous peoples. Among his numerous publications are his acclaimed book, Indigenous Peoples in International Law (Oxford Univ. Press (1996); 2d ed. (2004)), and his widely used textbook, International Human Rights: Problems of Law, Policy and Process (Wolters/Kluwer, 6th ed. 2011) (with Hurst Hannum and Dinah Shelton). Anaya served as the United Nations Special Rapporteur on the Rights of Indigenous Peoples from May 2008 to June 2014.

Professor Anaya has lectured in many countries throughout the world. He has advised numerous indigenous and other organizations from several countries on matters of human rights and indigenous peoples, and he has represented indigenous groups from many parts of North and Central America in landmark cases. Among his noteworthy activities, he participated in the drafting of the United Nations Declaration on the Rights of Indigenous Peoples and was the lead counsel for the indigenous parties in the case of Awas Tingni v. Nicaragua. As UN Special Rapporteur on the Rights of Indigenous Peoples, Anaya monitored and addressed the human rights conditions of indigenous peoples worldwide. Prior to becoming a full time law professor, he practiced law in Albuquerque, New Mexico, representing Native American peoples and other minority groups. Anaya served on the law faculty at the University of Arizona from 1999 to 2016 and on the faculty of the University of Iowa from 1988 to 1999. Additionally, he has been a visiting professor at Harvard Law School, the University of Toronto, and the University of Tulsa. For more information, visit Anaya’s website.

CU on the Weekend Lectures Fall 2021