A Musical Exploration of Grief Beyond Words

Walt Whitman’s profound 1865 elegy on the death of President Lincoln—When Lilacs Last in the Dooryard Bloom’d—is widely regarded as one of his greatest achievements. Many composers have set Whitman’s long poem to music, often in its entirety. George Crumb’s 1979 song cycle Apparition, by contrast, uses only brief fragments to reveal the irresistible urge toward song in the Lilacs elegy. In considering Crumb’s powerfully moving response to Whitman’s poem, music professors Steven Bruns, Alexandra Nguyen and Abigail Nims will demonstrate and discuss key passages. The session concludes with a complete performance of Apparition. Audience members are encouraged to read Lilacs prior to attending the lecture.

Location: Chamber Hall C-199 in the Imig Music Building. Seating is limited to the first 115 people. Free tickets will only be distributed November 12, starting at noon. Doors open at 12:30 p.m. and tickets are required.

This program is part of the series “Music Conversations: Lecture and Performance,” a project of the Music Theory Department in the College of Music in coordination with CU on the Weekend.

Steven Bruns is associate dean for graduate studies in the College of Music at the University of Colorado Boulder, where he also teaches music theory and analysis. For more than 20 years, he has lectured on the music of George Crumb at conferences and festivals in North America, Europe and South Korea. He edited George Crumb & the Alchemy of Sound; Essays on His Music (Colorado College Music Press, 2005), a book published in honor of the composer’s 75th birthday. His writings on Crumb also appear in the Complete George Crumb Edition, recordings produced by Bridge Records with the close involvement of the composer. As archivist, Bruns helped to organize Crumb’s compositional manuscripts, correspondence, and other papers before their transfer to the Music Division of the Library of Congress in 2011. He is writing a book on the life and music of George Crumb. For more information, visit Bruns' website.

Alexandra Nguyen, a native of Montréal, maintains a diverse career as a collaborative pianist, teacher and arts administrator. She is an accomplished pianist who has appeared throughout the United States and Canada, including performances at the Weill Hall at Carnegie Hall (New York, NY), the Strings Music Festival (Steamboat Springs, CO), theSocieté Pro Musica Chamber Music Series (Montréal, Canada), and the Asociacion Nacional de Conciertos at Teatro Nacional (Panama City, Panama). Recent performances include concerts with members of the Takács Quartet, baritone Patrick Mason as well as bassoonist Peter Kolkay, a long-standing collaboration. She has been an invited speaker at the National Association of Schools of Music Annual Meeting, the College Music Society Annual Conference, the Music Teachers National Association National Convention and the National Conference on Keyboard Pedagogy. As associate professor of collaborative piano at the University of Colorado at Boulder, Nguyen co-directs the graduate programs in collaborative piano and coordinates accompanying services at the College of Music. She was the founder and director of Plays Well With Others, a summer institute at the Eastman School of Music, where she has been affiliated with the Eastman International Young Artists Piano Competition for over a decade. For more information, visit Nguyen's website.

Mezzo-soprano Abigail Nims has performed as a soloist across the United States and abroad with renowned orchestras and opera companies such as the San Francisco Symphony, the Saint Paul Chamber Orchestra, Wexford Festival Opera, the Baltimore Symphony, New York City Opera, São Paulo Symphony, Portland Baroque Orchestra and Palm Beach Opera. Her repertoire spans from early Baroque to premieres of modern works. Recordings include the role of Melanto in Boston Baroque’s Grammy nominated recording of Monteverdi’s Il ritorno d’Ulisse in patria, Veruca Salt in Peter Ash’s The Golden Ticket with Atlanta Opera, and Martin Bresnick’s song cycle “Falling” with pianist Wei-Yi Yang on the album Every Thing Must Go. Nims has received awards from the Fritz and Lavinia Jensen Foundation, Santa Fe Opera, the Carmel Bach Festival, Yale School of Music and the American Bach Society. She holds degrees from Yale School of Music, Westminster Choir College and Ohio Wesleyan University and is a member of the voice faculty at the University of Colorado Boulder. For more information, visit Nims' website. 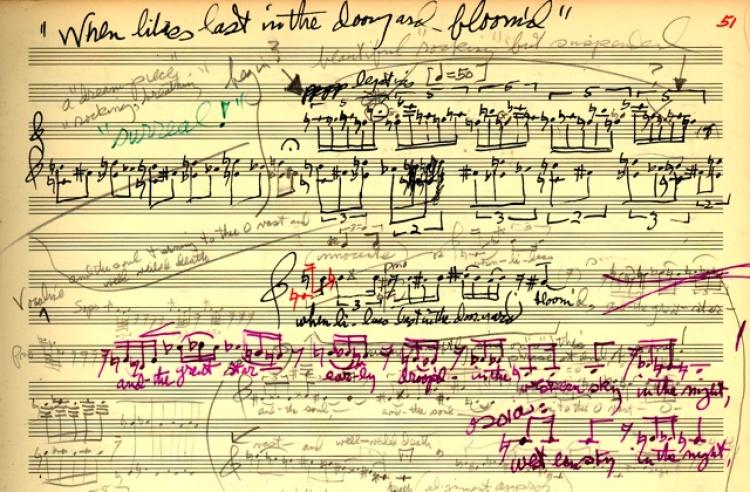