At first glance, camping out appears to be a simple proposition: pack up the car and put up a tent in the great outdoors, get back to nature and get away from it all. A closer look at this recreational habit reveals how the history and meanings of camping are far from obvious. At the same time as camping became a widely popular vacation choice, supported by federal infrastructure, it also served functional needs and spawned protest tactics. The COVID-era, where outdoor recreation has been deemed an essential activity, has highlighted the deep significance of our shared spaces of public nature, from dispersed campgrounds to local parks. Professor Phoebe Young’s CU on the Weekend talk will highlight how these unexpected and interwoven histories show how Americans camp to claim a place in the republic and why the outdoors is critical to how we relate to nature, the nation, and each other. 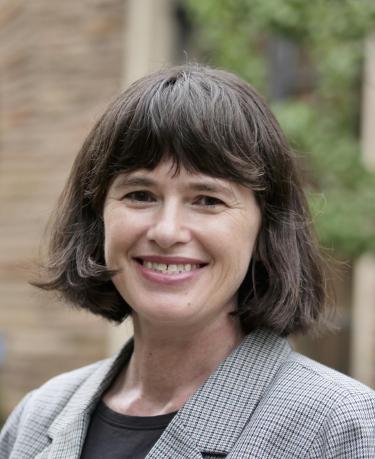 Phoebe Young is Associate Professor of History at the University of Colorado Boulder, with a research and teaching focus on the cultural and environmental history of the modern United States and the American West. Young received her BA from Bryn Mawr College and her PhD from the University of California, San Diego. Since arriving at CU Boulder in 2009, she has served as the interim director of Arts & Sciences Education Through Technology (2015-16) and as director of undergraduate studies in the History Department (2018-21).  In 2016, Young received the Boulder Faculty Assembly Award for Distinction in Teaching and Pedagogy and in 2020 the Award for Teaching with Technology in Arts & Sciences.

Her first book, California Vieja: Culture and Memory in a Modern American Place (University of California Press, 2006), examines public memories of the Spanish past, the built environment, regional development and race relations in Southern California between the 1880s and the 1930s. Young’s second book, Camping Grounds: Public Nature in America from the Civil War to the Occupy Movement (Oxford University Press, 2021), traces the hidden history of camping and the outdoors in American life that connects a familiar recreational pastime to camps for functional needs and political purposes. She is also the co-editor of an anthology entitled Rendering Nature: Animals, Bodies, Places, Politics (with Marguerite S. Shaffer, University of Pennsylvania Press, 2015), which includes a co-authored essay on “The Nature-Culture Paradox” and an examination of the Occupy Wall Street movement. She has received multiple awards and grants, including fellowships from the Henry E. Huntington Library, the Smithsonian Institution, and the American Council of Learned Societies. To learn more about Professor Young, please visit her website.

CU on the Weekend Lectures Spring 2022

Tales From Under the Mediterranean: Reminiscences of a Maritime Archaeologist
April 23 • 1—2:30 p.m.