The Center for the Study of Origins is pleased to announce a lecture by Visiting Scholar Dr. Zee Perry, from Rutgers University, on Thursday, December 5th, at 5pm, in the British and Irish Studies Room (Norlin Library).

Title: There's no Speed of Light, so What the Heck Did Michelson Measure? 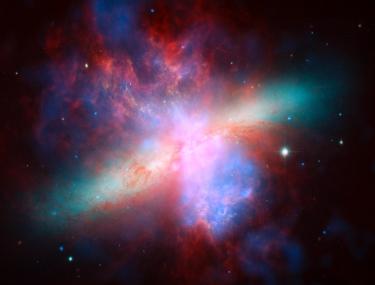 Abstract: This talk concerns the origin and justification of a particularly influential piece of scientific notation: the value c, currently accepted as equal to approximately 299,792 km/s, as the speed of light. In particular, I will be concerned with understanding and resolving the tension between a pair of claims, both of which (I maintain) are very plausibly true: (1) A. A. Michelson measured the speed of light in the late 1870s to within 99% accuracy. (2) Strictly speaking, in special relativity, there is no such thing as the speed of light.

The first part of the talk is devoted to defending this second claim, which is remarkably controversial even among working physicists and philosophers of physics. I argue that this controversy is due to a confusion about the role of co-ordinate representations in characterizing different theories of space-time. Once this confusion is resolved, it becomes clear that the claim that light has a speed at all is nothing more than an artifact of our representational scheme, and not reflective of the underlying space-time structure.

Once the plausibility of claim (2) is established, the second half of the talk resolves the tension between (1) and (2).  The value arrived at by Michelson, like the currently accepted value of 299,792 km/s, is partially a matter of our choices of spatial and temporal units. However, this value couldn't be purely conventional, or else it could not have been discovered. Specifically, the feature arrived at is neither a speed nor is it a purely conventional fact. Rather, it corresponds to an a posteriori ratio relationship between our spatial and temporal units, which obtains because the structure of Special Relativity makes an independent unit of spatial distance redundant. I explain why this value is so readily represented as a speed, and how Michelson's measurement could be tracking this property, despite it not being a speed at all.

Email originsinfo@colorado.edu with any questions.