The Center for the Study of Origins (CSO) will host a year-long program on the origins of writing. The program will be centered on the entwined themes of Writing, Technology, and Resistance to Power. Writing was invented independently in several parts of the world and the development 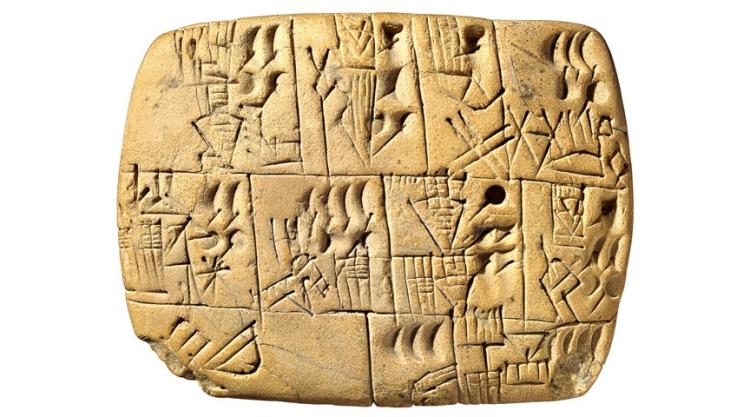 of writing systems has long been a focus of scholarship in a number of disciplines including History, Linguistics, Religions Studies, and Archaeology. Writing almost universally began as a tool and prerogative of elite members of society and was often accomplished by specialist “scribes” who answered to rulers. Knowledge of writing symbols and access to the tools involved in writing (media of communication) were often restricted. The output of scribes might be thought of as heavily controlled by the elite giving them little room for personal expression. But there is increasing evidence in different parts of  the world that they were at times able to express their own ideas, perhaps even subtlety criticize the elite or actively encourage their positive behavior; in other words, expressing their resistance to power through the earliest forms of writing (for example, Finn 2017). Scholars are also discovering that even “common” people at times used written symbols to express their opposition to those in power.

The CSO Origins of Writing program will include nationally and internationally recognized experts on early writing and will showcase the work of several CU scholars. These experts will consider the origins of writing and writing technology in relationship to resistance to power in early literate societies around the world. Public talks will be presented in October, November and December. The Origins of Writing program will conclude in April with a conference featuring an evening keynote speaker and a day-long series of presentations by scholars focusing on different parts of the world but in each case considering writing and resistance to power.

December 5th: Zee Perry, Rutgers University, CSO Visiting Scholar, There Is No Speed of Light, so What the Heck Did Michelson and Morley Measure?