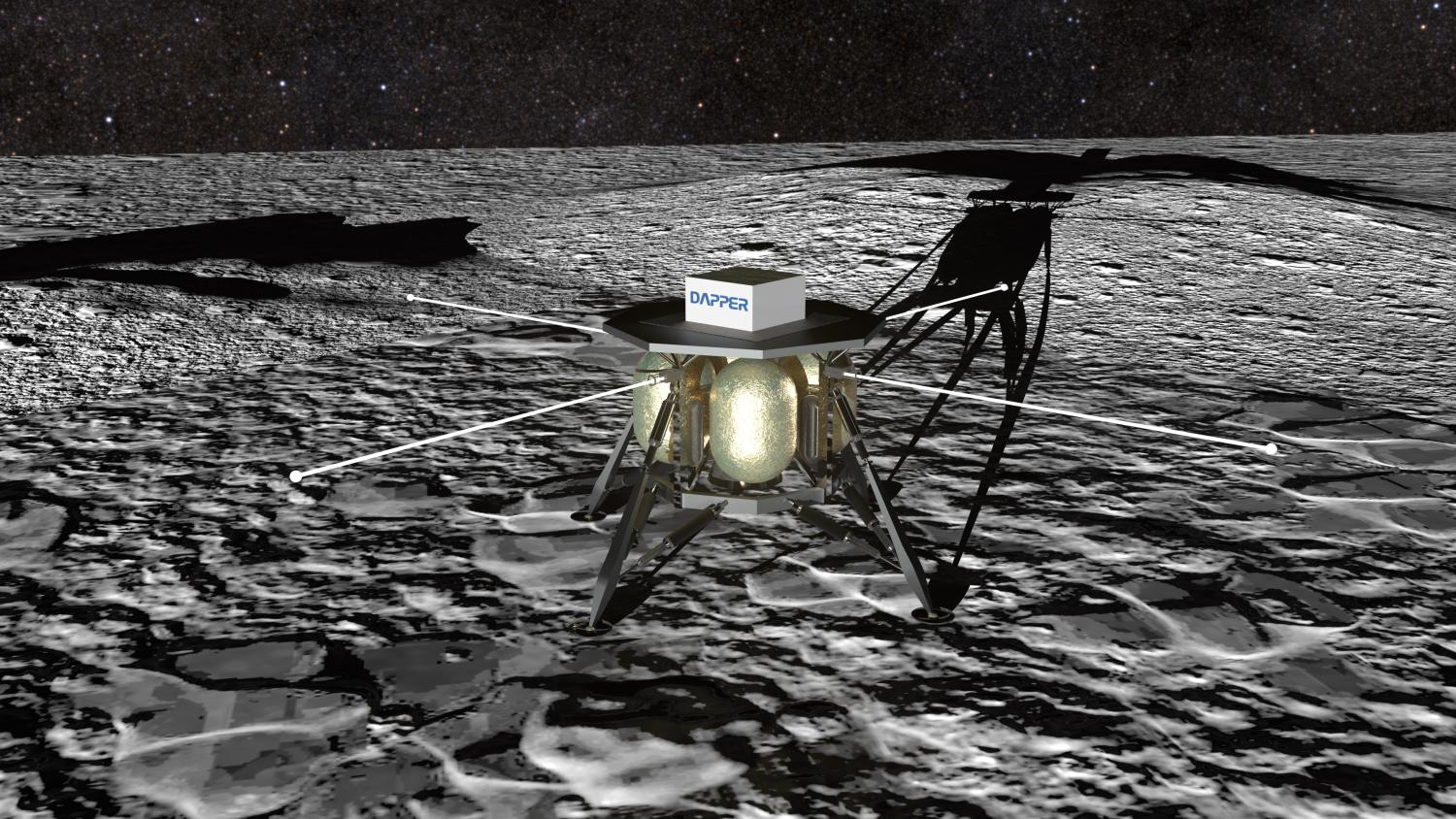 The early Universe’s Dark Ages, probed by the highly redshifted 21-cm neutral hydrogen signal, is the ideal epoch for a new rigorous test of the standard LCDM cosmological model. The Dark Ages Polarimeter PathfindER (DAPPER), operating in a low lunar orbit above the radio-quiet farside, shall search for divergences from the standard model that will indicate new physics such as heating or cooling produced by dark matter.

After the Cosmic Microwave Background photons decoupled from baryons, the Dark Ages epoch began: density fluctuations imprinted from earlier times grew under the influence of gravity, eventually collapsing into the first stars and galaxies during the subsequent Cosmic Dawn. Exploring these early unobserved epochs, a key NASA science goal, was demonstrated to be achievable by recent observations with the Experiment to Detect the Global Epoch of Reionization (EoR) Signature (EDGES).

In the Dark Ages, most of the baryonic matter was in the form of neutral hydrogen (HI), detectable via its ground state’s “spin-flip” transition. This line’s rest frame frequency (wavelength) of 1420 MHz (21-cm) arrives today highly redshifted to low radio frequencies ≲100 MHz due to cosmic expansion. A measurement of the redshifted 21-cm spectrum maps the history of the HI gas through the Dark Ages and Cosmic Dawn and up to the EoR, when ionization of HI extinguished the signal. EDGES recently reported an absorption trough at 78 MHz (redshift z~17), similar in frequency to expectations for Cosmic Dawn, but ~3 times deeper than was thought possible from standard cosmology and adiabatic cooling of HI. Interactions between baryons and slightly charged dark matter particles with an electron-like mass provide a potential explanation of this difference but other cooling mechanisms are also being investigated to explain these results.

The Cosmic Dawn trough is affected by the complex astrophysical history of the first luminous objects. Another trough is expected during the Dark Ages, prior to the formation of the first stars and thus determined entirely by cosmological phenomena (including dark matter). DAPPER will observe this pristine epoch (17-38 MHz; z~83-36), and will measure the amplitude of the 21-cm spectrum to the level required to distinguish (at >5 sigma) the standard cosmological model from that of additional cooling derived from current EDGES results. In addition to dark matter properties such as annihilation, decay, temperature, and interactions, the low-frequency background radiation level can significantly modify this trough. Hence, this observation constitutes a powerful, clean probe of exotic physics in the Dark Ages. A second objective for DAPPER will be to verify the recent EDGES results for Cosmic Dawn, in the uncontaminated environment above the lunar farside, with sparse frequency sampling from 55-107 MHz (z~25-12). The combination of both troughs will robustly augment the constraining power of DAPPER on early-Universe astrophysics and cosmology.

The main challenge of this measurement is the removal of bright foregrounds. DAPPER is designed to overcome this by utilizing two techniques: (1) a polarimeter to measure both intrinsically polarized emission and polarization induced by the anisotropic foregrounds and large antenna beam to aid in the separation of the foregrounds from the isotropic, unpolarized global signal, and (2) a pattern recognition analysis pipeline based on well-characterized training sets of foregrounds from sky observations, instrument systematics from simulations and laboratory measurements, and signals from theoretical predictions. DAPPER team members recently demonstrated the effectiveness of dynamic polarimetry to measure foregrounds using observations from the prototype Cosmic Twilight Polarimeter. Rigorous end-to-end simulations of the DAPPER instrument including thermal noise, systematics from the spectrometer/polarimeter and the beam-averaged foreground, along with 21-cm models which include added cooling meet our sensitivity requirements to separate the standard cosmological models from ones that point toward new physics.

DAPPER’s science instrument consists of dual orthogonal dipole antennas and a tone- injection spectrometer/polarimeter based on high TRL components from the Parker Solar Probe/FIELDS, THEMIS, and the Van Allen Probes.

DAPPER will be deployed from the vicinity of NASA’s Lunar Gateway or in cis-lunar space, and transfer to a frozen 50×125 km lunar orbit using Bradford Space Industries Xplorer deep space bus which has both high impulse and high delta-V. This orbit will facilitate the collection of 4615 hours of radio-quiet data over a 26.4-month lifetime for the baseline mission.

DAPPER has a highly experienced team representing a collaboration between the universities of Colorado-Boulder and California-Berkeley, the National Radio Astronomy Observatory, Bradford Space Inc., and the NASA Ames Research Center.