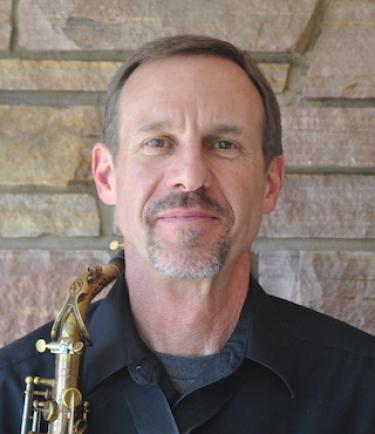 Tom Myer is an Associate Professor of Saxophone in the College of Music at the University of Colorado at Boulder where he served as the Director of Jazz Studies from 1988-95.  He received his MM degree in woodwind performance and jazz studies from North Texas State University.  He earned his undergraduate degree in music education from the University of Wisconsin-LaCrosse.  Professor Myer has also served as Instructor of Woodwinds and Director of Jazz Studies at East Texas State University.  He has worked professionally for the Mingus Big Band, the Woody Herman Orchestra, Nelson Riddle, Norwegian Cruise Lines, Ice Capades, Disney World, and backed such names as Dave Grusin, Kathleen Battle, Doc Severinson, Bob Hope, Lou Rawls, Natalie Cole, Nancy Wilson, Dionne Warwick, Dianne Carroll, Barbara Mandrel, Mel Torme, Ben Folds, Idina Menzel, Seal and many others. He has performed new works for the saxophone at the World Saxophone Congress in 1992(Italy), 1997 (Spain), and 2003 (Minneapolis) and is credited with premiering John Harbison's Sonata and David Maslanka's Concerto.  Mr. Myer can be heard on Albany Records with his CD recording "Harbison, San Antonio." He performs in the pit orchestra at the Buelle Theater and plays regularly with the Colorado Symphony, the Colorado Jazz Repertory Orchestra and is a founding member of the Colorado Saxophone Quartet.