Elaine Stratton Hild (2014) is currently a fellow of the Notre Dame Institute of Advanced Study. She is an editor with "Corpus Monodicum" at the Julius-Maximilians-Universität in Würzburg, Germany. She has also served as instructor of historical musicology and ethnomusicology at the Julius-Maximilians-Universität. She is the editor of "Tropen zu den Antiphonen der Messe aus Quellen französischer Herkunft" (2016).

Michael William Harris (2013) is instructional librarian at the College of William and Mary. He previously held a similar appointment for three years in the Libraries of the University of Colorado Boulder.

Karyn Dawn Grapes (2012) is assistant professor of music history at Colorado State University. She has two books forthcoming in publication, one on funeral elegies in early modern England (Boydell Press) and the other on John Dowland (Routledge).

Richard VonFoerster (2012) is instructor of music theory and musicology at the University of Denver. As a cellist, he performs regularly with the Confluence String Quartet and is a founding member and programming director of The Playground Ensemble, Denver's premier new music group.

Rachel Chacko (2010) is associate professor of music at Whitman College.

Ross Hagen (2010) is assistant professor in music studies at Utah Valley University and has published on fandom, noise music and metal.

Chad Hamill (2008) is vice president for Native American initiatives at Northern Arizona University. He is the author of numerous articles on Native American music, especially music in the Columbia Plateau of the American northwest. Hamill served as chair of the Department of Applied Indigenous Studies at Northern Arizona University and as chair of the Indigenous Music Section of the Society for Ethnomusicology. Currently, he sits on the advisory council of the Smithsonian’s Center for Folklife and Cultural Heritage. He also serves as vice president and treasurer of the Spokane Language House, a non-profit organization that contributes to the sustainability of the Spokane language.

Brian Moon (2006) is assistant professor of music at the Fox School of Music of the University of Arizona in Tucson.

Mark Zobel (2005) is director of annual giving at Blackburn College.

Mark Davenport (2001) is professor of music and director of the music program at Regis University. In 2002 he founded, and continues to direct, the Collegium Musicum at Regis.

Petra Meyer-Frazier (1999) is an instructor at the Lamont School of Music at the University of Denver. She specializes in 19th-century popular music in the United States and is the author of "Bound Music, Unbound Women" (College Music Society, 2015).

Ariel Downing (1997) is curator of Museum Education for the Brinton Museum in Wyoming, a position she took after retiring as longtime music director at Big Horn High and Middle School in Big Horn, Wyoming.

Maxine Fawcett-Yeske (1997) is course director for the First Year Experience Program at the United States Air Force Academy. She previously held a professorship in music at Nebraska Wesleyan University for 11 years.

See a complete list of PhD recipients and their dissertations >> 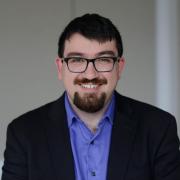 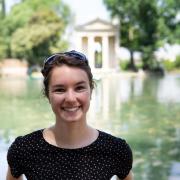 Congratulations to the Outstanding Students of 2020! 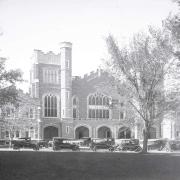 How did we get here?
END_OF_DOCUMENT_TOKEN_TO_BE_REPLACED
Return to the top of the page