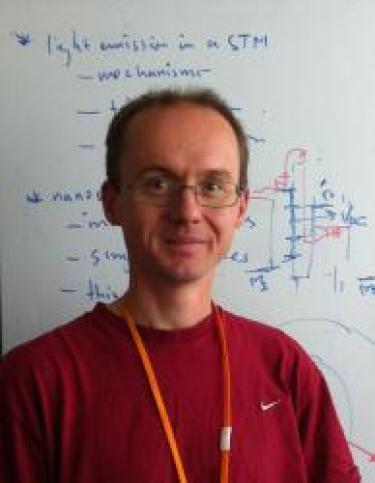 Dr. van de Lagemaat is a Principal Scientist and group manager at the National Renewable Energy Laboratory and is associated with the University of Colorado. He researches tunneling-induced luminescence of individual semiconductor quantum dots, the interaction between carbon nanotubes and organic semiconductors, and the use of plasmonic effects in solar energy conversion. Surface plasmons, which are collective oscillations of electrons on metal surfaces, strongly localize light, potentially increasing for example solar cell efficiency. Furthermore, he researches the dynamics of charge generation and transport in organic semiconductors. One of his major focuses is on understanding the role of plasmon/exciton interactions in excited state dynamics in solar photoconversion and to use these effects to drive third-generation photoconversion processes such as singlet fission, upconversion and multiple-exciton generation.