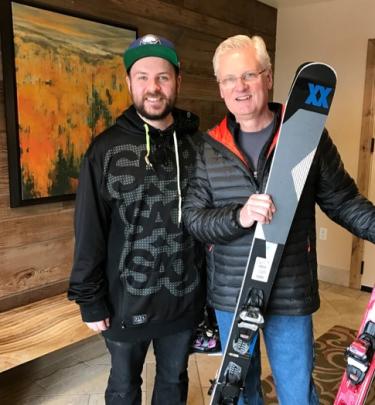 Andrew was born and raised in Buffalo, NY. He completed his BS in Mechanical Engineering at the University at Buffalo in 2011. During his undergraduate studies, he interned as a mechanical estimator for a local mechanical contractor. Upon graduation, he worked for Glauber Equipment Corporation where he performed compressed air energy audits and helped to design water reclamation skids that are currently deployed in locations from the tar sands in Alberta to the Andes mountains in Peru. After three years as an applications engineer, he decided to continue his academic pursuits and joined the MSE program at CU Boulder as a Masters student with the goal of getting an M.S. and returning to industry.

In his first semester at CU, he enrolled in Dr. Ferguson’s Biomechanics class where he learned about the role of material characterization in biomedical applications. At the end of that same semester, Andrew joined the Ferguson group where he discovered a passion for research and small-scale mechanical testing. He enjoyed his research so much that he joined the ME department as a PhD student in 2016. His research is focused on multi-scale mechanical testing of soft materials for tissue engineering. As part of his research, Andrew discovered the value in well-designed mechanical testing equipment and hopes to use his degree to help develop novel instrumentation for material characterization.

Outside of his research, Andrew enjoys taking advantage of the rocky mountain terrain for skiing and morning-hikes with his dog, Artoo. He also enjoys reading, Buffalo sports (Go Sabres!), and learning about the importance of scientific communication via online lectures from The Royal Institution.