Now that’s what I call a summer media list!

This summer, the University Libraries are trying something new. We’re sharing media recommendations from libraries staff and other members of the campus community. Unwind with the (totally undisputed) greatest compilation list of all time, recommended for you by your CU Boulder peers.

You can check out books from the libraries’ Popular Reading collection and stream documentaries and films through Kanopy and Swank Digital Campus. 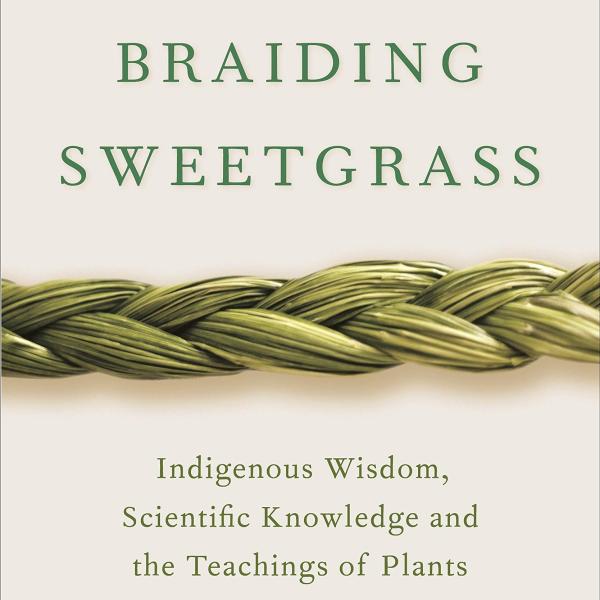 Learning & Engagement Team Lead Caroline Sinkinson, Literature and Humanities Librarian Amanda Rybin Koob and Learning Coordinator Cynthia Keller recommend Braiding Sweetgrass by Robin Wall Kimmerer, this year’s Buffs One Read selection. “Through powerful stories and reflections, Robin Wall Kimmerer celebrates the beauty and possibility found through a reciprocal relationship between the human and natural worlds,” Sinkinson explained. “She invites readers to see plants as their teachers rather than subjects and to celebrate the gifts of the earth.” 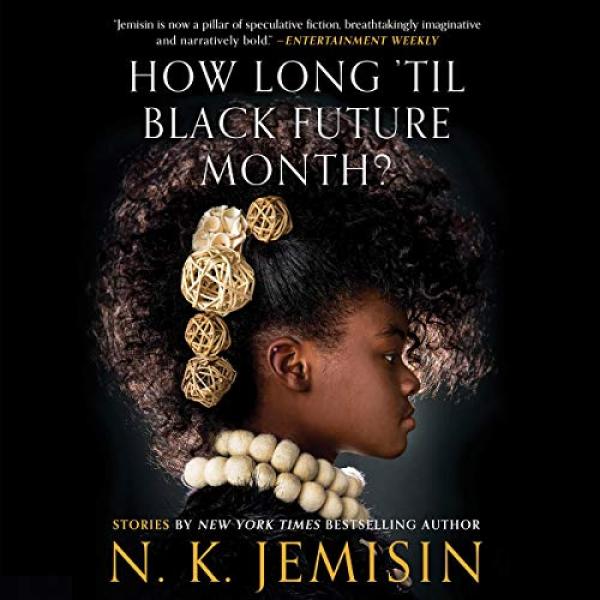 How Long 'Til Black Future Month?

Communication & Outreach Director of the Institute of Arctic and Alpine Research (INSTAAR) Shelly Sommer recommends How Long ‘Til Black Future Month?, a collection of short stories by N.K. Jemisin. “The stories are amazing,” said Sommer. “If you love them — and you will — lie down with a cool compress over your brow until you recover and then start her most recent novel, The City We Became.” 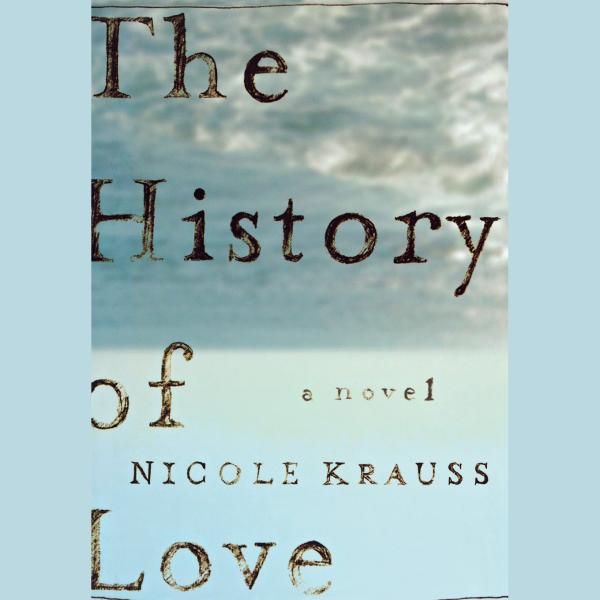 The History of Love

Center for Humanities and the Arts (CHA) director Jennifer Ho recommends the novel The History of Love by Nicole Krauss. “I remember where I was when I was nearing the end of the novel, which was on a plane flying to California,” Ho explained. “It was the only time in my life that I slowed down because I didn't want the story to end and I wanted to savor every last word on the page. The minute I finished the book, I went back to the beginning and began reading it again.” 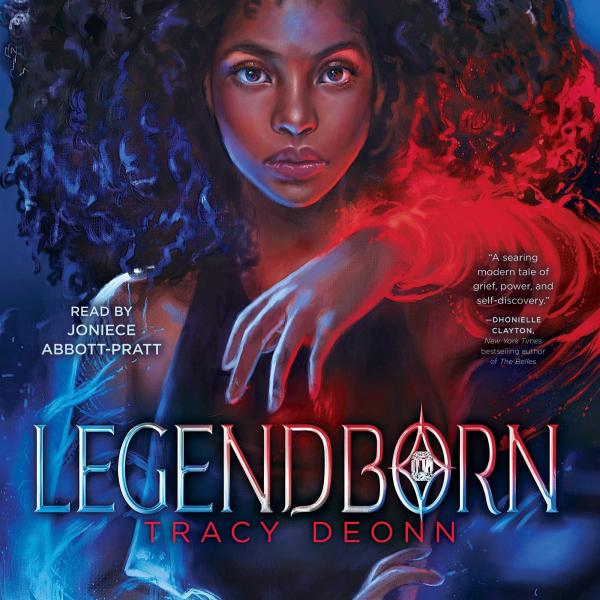 Assistant Director of Education & Social Change Nicole Laverty recommends the young adult fantasy Legendborn by Tracy Deonn. “This book is a beautiful blend of magic and southern history,” Laverty said. “It's rare to find a book so captivating, making it difficult to put the book down as you fall in love with the characters and ponder the historical layers.” 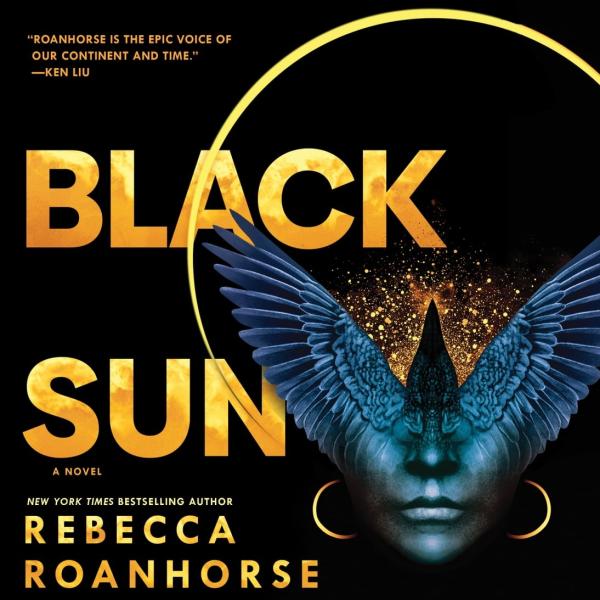 Laverty also suggests Black Sun by Rebecca Roanhorse. “This adult high fantasy book is one of the best I have read in years,” Laverty said. “The world Roanhorse creates is unique, intricate and absolutely beautiful. I couldn't put this book down.” 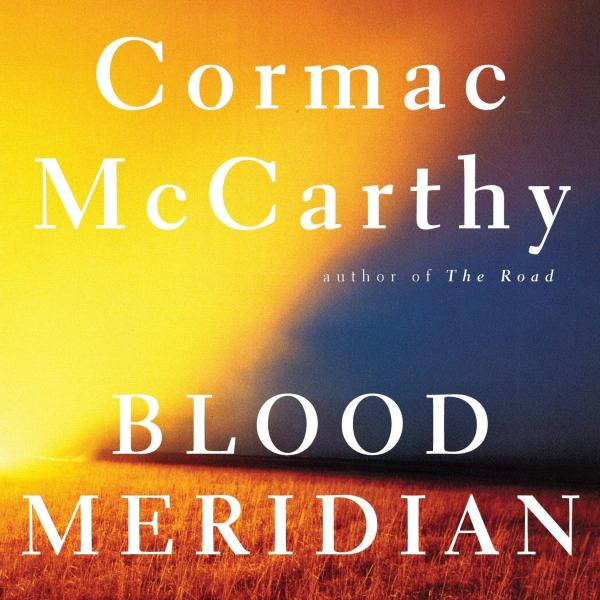 Patrick Costello enjoyed Blood Meridian by Cormac McCarthy. “This novel is a story of the hardships and struggles of life and the moral battles of the human soul.” Costello said. “It is a haunting view of the American frontier.” 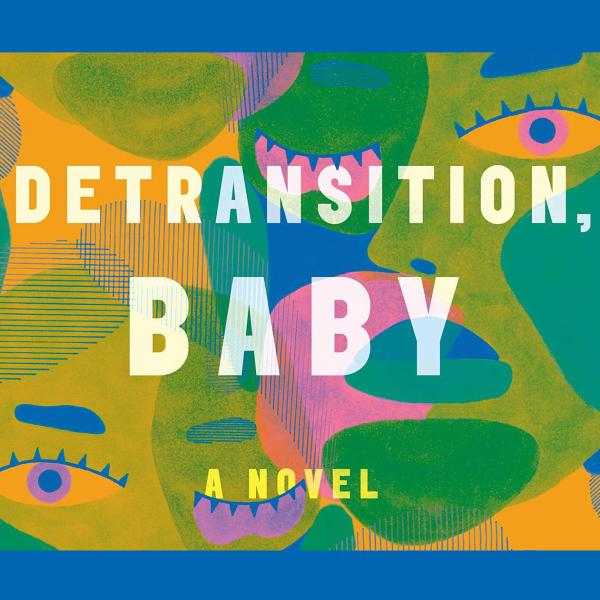 Assistant Professor from the Department of Media Studies Steven Frost recommends Detransition, Baby: A Novel by Torrey Peters.”Trans author Torrey Peter tells the story of three women brought together by an unexpected pregnancy,” Frost said. “Aside from telling the life stories of three amazing women, the author plays with pronouns in their narrative to inform, subvert and expand readers' expectations of fiction.” 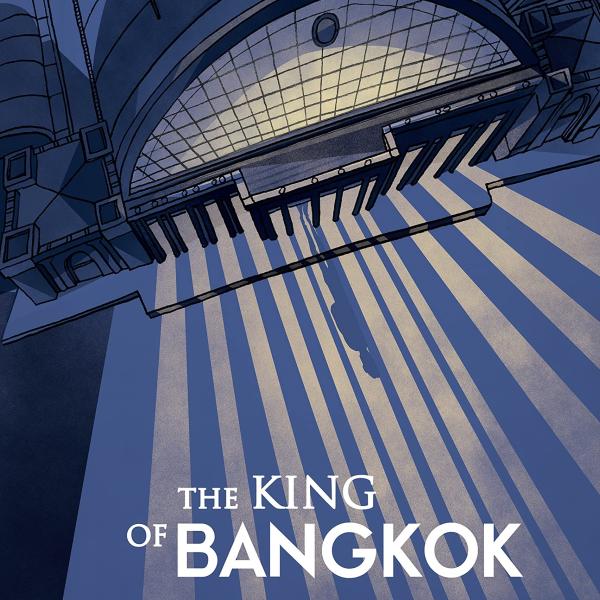 The King of Bangkok

Teaching Assistant Professor and Program Director for the Center for Asian Studies Lauren Collins loved reading the graphic novel The King of Bangkok by Claudio Sopranzetti, Sara Fabbri and Chiara Natalucci. “It is an utterly fantastic visualization of a decade of anthropological research looking at a changing Thailand,” Collins said. “It follows the experiences of a blind man who sells lottery tickets in Bangkok when he decides to leave the city and return to his native village in Isaan.” 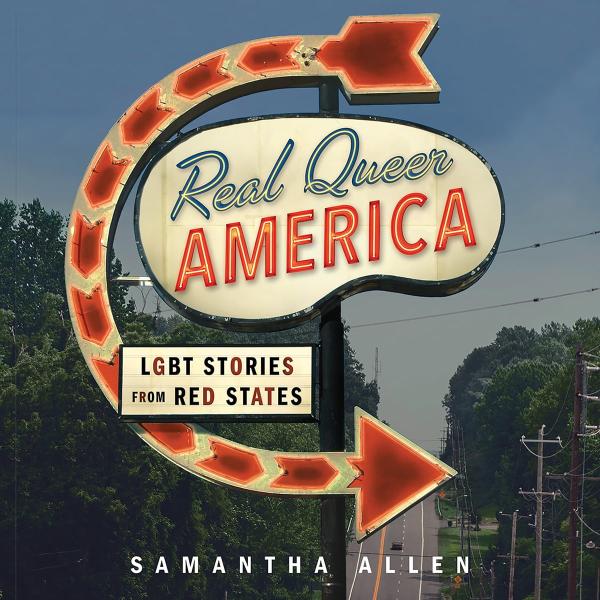 Laverty also recommends Real Queer America: LGBT Stories from Red States by Samantha Allen. “Through a transgender reporter's narrative, this book explores the ways members of the LGBTQ+ community have created vibrant queer communities within red states,” said Laverty. “It's an amazing story that is easy to read and learn from!” 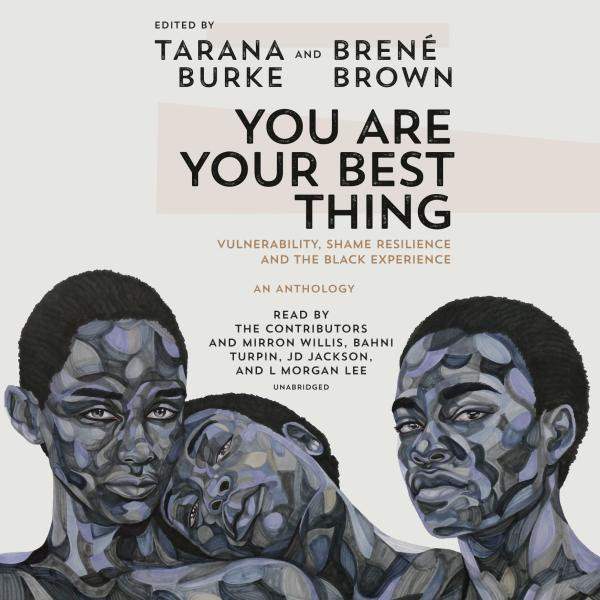 You Are Your Best Thing: Vulnerability, Shame Resilience, and the Black Experience

Hall Director Zach Stroth recommends You Are Your Best Thing: Vulnerability, Shame Resilience, and the Black Experience by Tarana Burke and Brene Brown. “This collection of essays will challenge, stretch and move you in ways that are both uncomfortable and deeply touching,” Stroth said. “To read about vulnerability and shame resiliency within the context of the Black experience in such raw capacities is deeply insightful and heart wrenching.”

The Deviant's War: The Homosexual vs. the United States of America

Stroth also recommends The Deviant's War: The Homosexual vs. the United States of America by Eric Cervini. “Based on firsthand accounts, recently declassified FBI records and 40 thousand personal documents, The Deviant's War unfolds over the course of the 1960s, as the Mattachine Society of Washington, the group Kameny founded, became the first organization to protest the systematic persecution of gay federal employees,” said Stroth. “It traces the forgotten ties that bound gay rights to the Black Freedom Movement, the New Left, lesbian activism and trans resistance.” 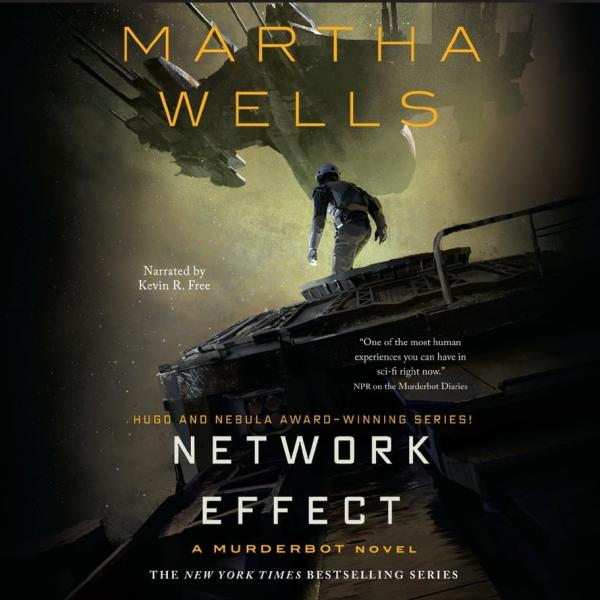 Libraries Human Resources Manager Dylan Weirsma recommends Network Effect by Martha Wells. “Murderbot secured its freedom and really just wants to stream its favorite soap operas in peace, but pesky humans always need saving,” Weirsma said. “This is the first full novel from The Murderbot Diaries series, and it's funny, compelling science fiction. It also was the winner of the 2021 Hugo and Nebula Awards.” 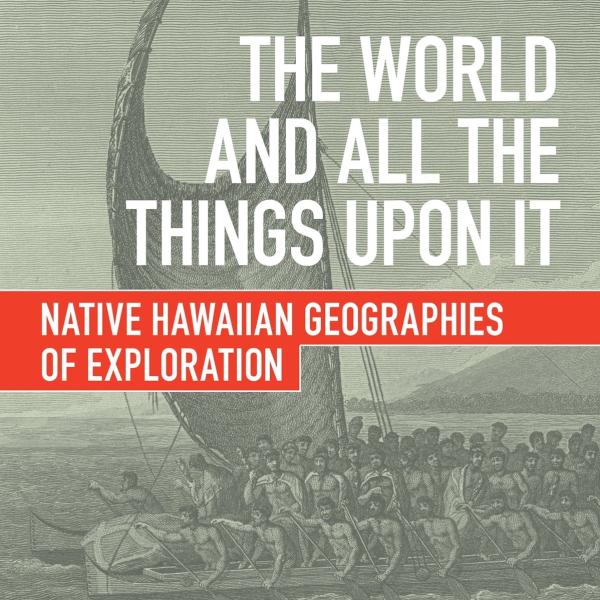 The World and All the Things Upon It

Assistant Director of Energy and Climate Justice at the Environmental Center Jasmin Barco enjoyed The World and All the Things Upon It by historian David Chang. “This amazing book showcases native Hawaiian perspectives on colonialism circa late 1700s,” Barco said. 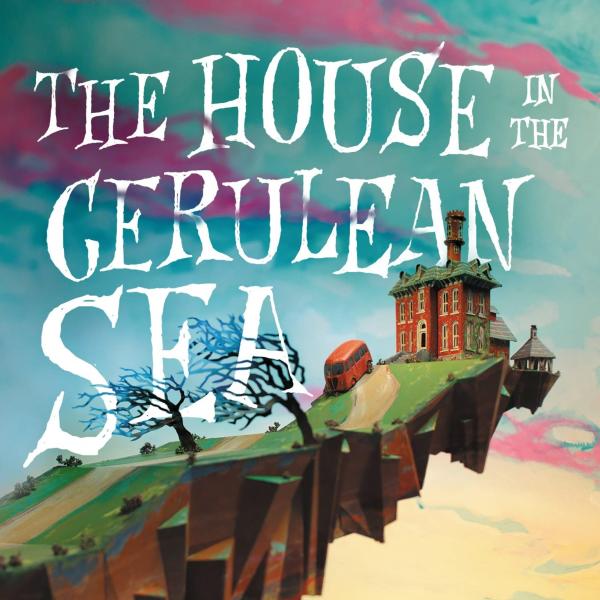 The House in the Cerulean Sea

Laverty also enjoyed The House in the Cerulean Sea by TJ Klune. “To put it succinctly, this magical LGBTQ+ young adult book feels like a hug!” said Laverty. 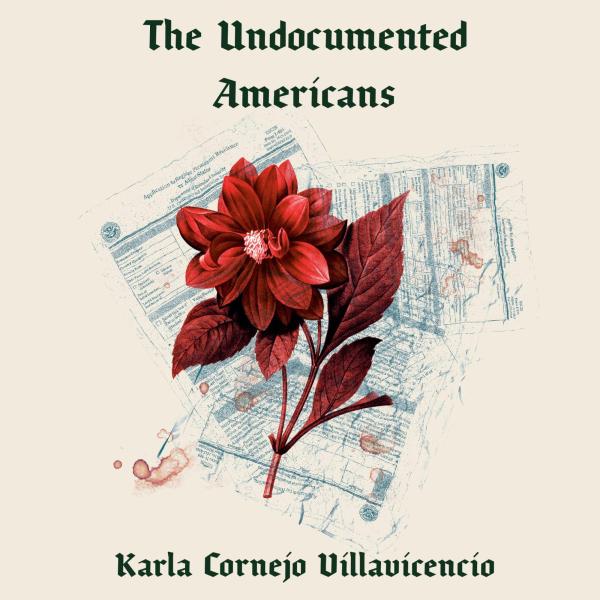 Assistant Director Intercultural Engagement for the Center for Inclusion and Social Change (CISC) Stephanie Roberts suggested reading The Undocumented Americans by Karla Cornejo Villavicencio. “It is a deeply personal, evocative narrative about the realities facing our undocumented community members.” 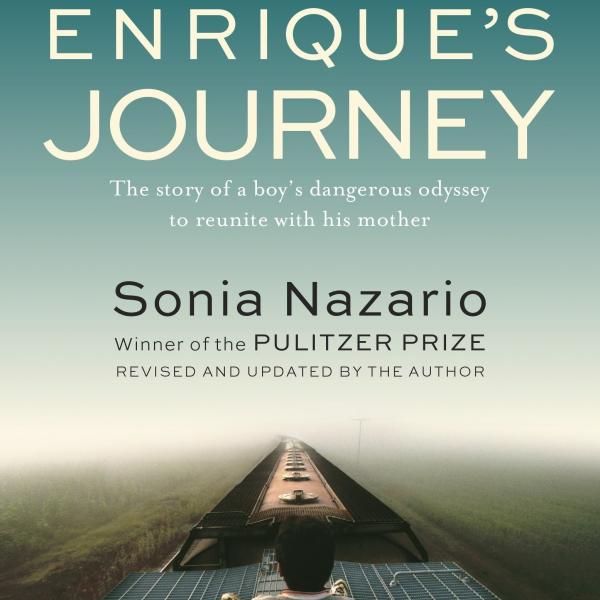 Roberts also recommends Enrique's Journey by journalist Sonia Nazario. “This true story is for those interested in expanding their knowledge about the experiences of our undocumented community,” Roberts said. 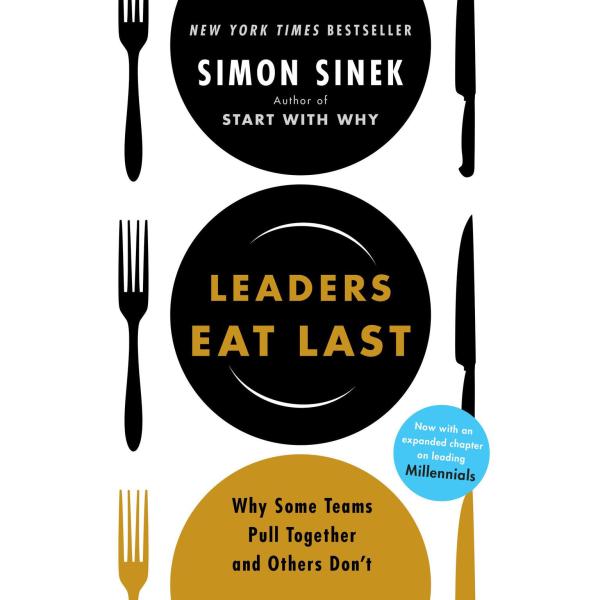 Leaders Eat Last: Why Some Teams Pull Together and Others Don’t

Assistant Vice Chancellor for Public Safety and CU Boulder Chief of Police Doreen Jokerst recommends reading Leaders Eat Last: Why Some Teams Pull Together and Others Don’t by Simon Sinek. “I subscribe to the author’s philosophy and strategic mission to help people understand their “why” and wake up every day inspired to do their best work,” Jokerst said, “I highly recommend this book to members of any team, at any level, as it illustrates how we can all create safe spaces to share ideas, brainstorm innovations and build trust in the workplace, with the aim of supporting each other through challenging times. Leadership is not about being in charge, it’s about taking care of those in your charge.” 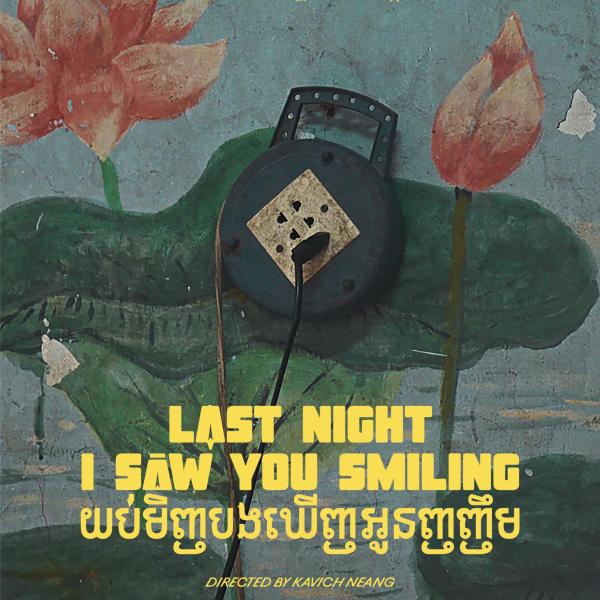 Last Night I Saw You Smiling

Lauren Collins also recommends “Last Night I Saw You Smiling” directed by Kavich Neang. “This documentary tells the story of the demolition of the famous White Building in Phnom Penh, Cambodia,” Collins said. “It follows the stories of friends and family members of the filmmaker as they pack belongings, share memories and anxieties, and eventually move out before the building's destruction.” 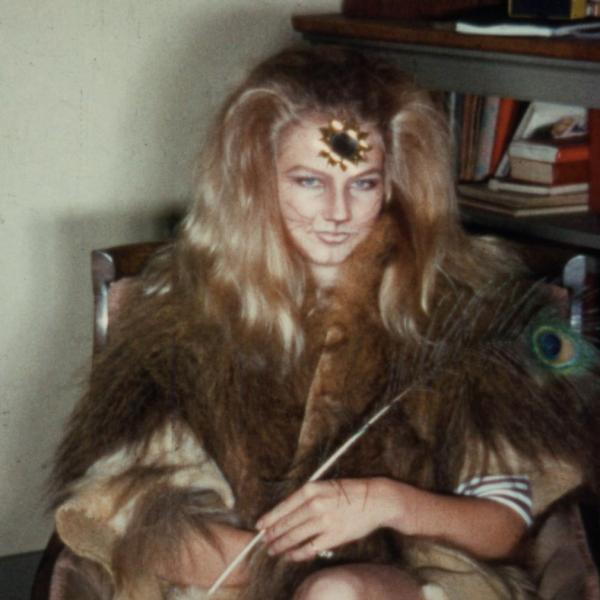 Media Producer for Digital Media Services Kelly Brichta recommends “Three Queens” by Ann Roy. “When digitizing films from the Ann Roy Collection, this film caught my attention with its visual aesthetics and creativity.” Brichta said. “It also got me thinking how its content would translate to today's world of TikTok and Instagram.” 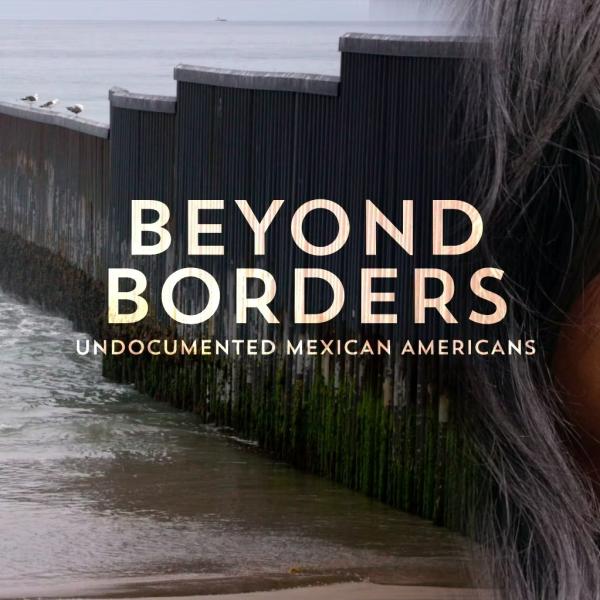 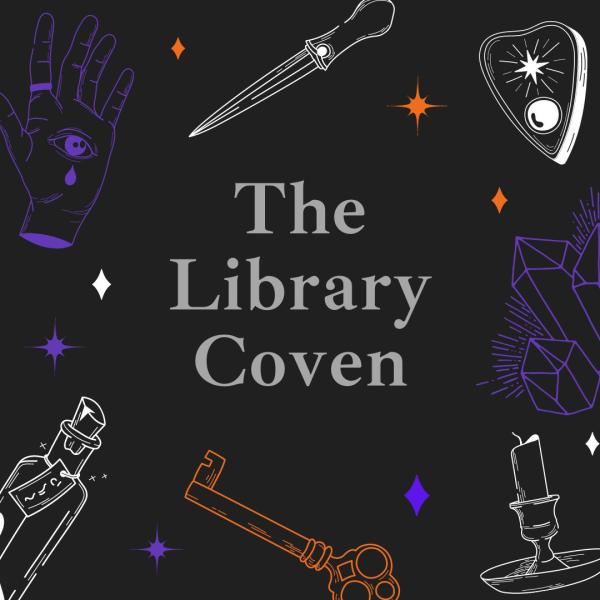 Lecturer at Anderson Language and Technology Center (ALTEC) and Communications Manager for the Program in Jewish Studies Maggie Rosenau recommends listening to The Library Coven hosted Kelly J. Drumright and Jessie Maimone. “Kelly and Jessie, two CU Boulder alums, have been reading and discussing YA novels through a critical lens since 2018,” Rosenau explained. “Their podcast is super fun, accessible and informative.” 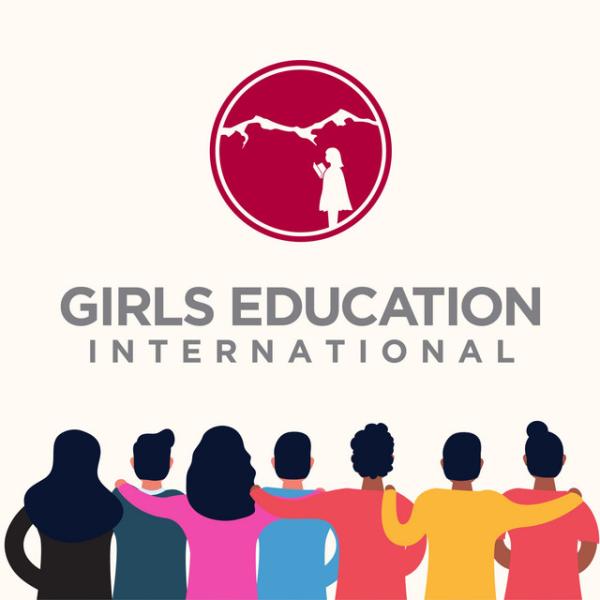 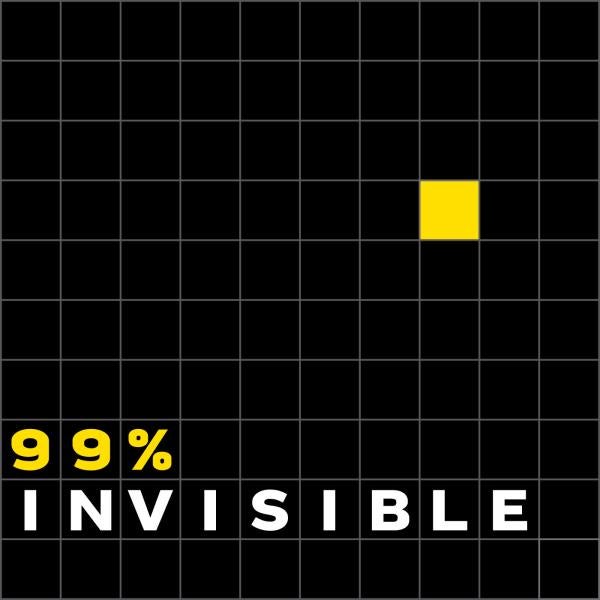 The Lost Cities of Geo

Libraries Communications Coordinator Kate Wright recommends the 99% Invisible podcast episode “The Lost Cities of Geo” hosted by Roman Mars. “99% Invisible focuses on the unseen or unknown designs, architecture and history that has shaped our world,” Wright said. “This specific episode dives into the early history of the internet and highlights aspirations for what it could be. It also discusses the Internet Archive, an important tool for preserving the web.” 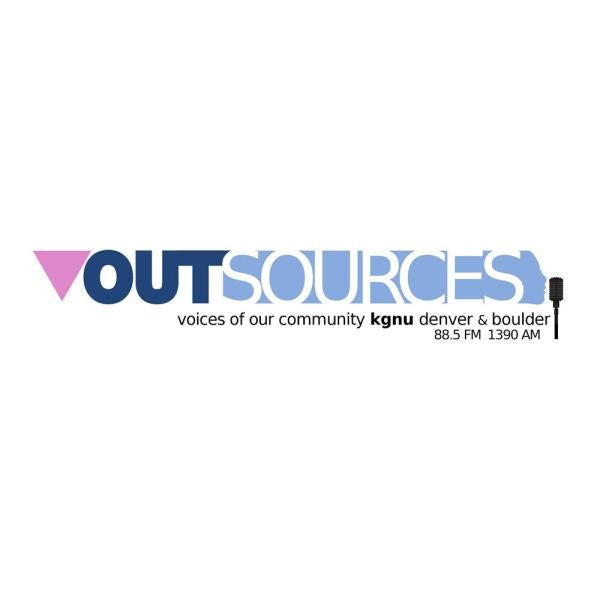 Rosenau also recommends the program Outsources on KGNU News. “Kelly J. Drumright, a CU Boulder alum and important activist in Colorado, is one of the hosts for Outsources.” Rosenau said. “They will be interviewing several CU affiliates this summer for the program, including Eyal Rivlin and his work with the Hebrew Nonbinary Project and Taylor Neumann, who served as assistant to Gideon Mendel for his recent documentation of the Marshall Fires.”

My Own Words by Ruth Bader Ginsburg

How to Stop Time by Matt Haig

Designing Your Life: How to Build a Well-Lived, Joyful Life by William Burnett and Dave Evans

Astrophysics for People in a Hurry by Neil Degrasse Tyson

How to Change Your Mind by Michael Pollan

We Were Eight Years in Power: An American Tragedy by Ta-Nehisi Coates

Barracoon: The Story of the Last Black Cargo by Zora Neale Hurston