The University Libraries are pleased to announce the three winners of the Buffs One Read Storytelling Contest—Mya Lillemoen for the essay “The Middle Seat,” Rumi Natanzi for the essay “Ethnically Ambiguous” and Lou Abecassis for the poetic essay “Songwriting without Sheet Music.”

The contest invited CU Boulder undergraduate students to submit creative expressions based on this year’s Buffs One Read selection, American Like Me: Reflections on Life Between Cultures, and their experience of America.

“The submissions were creative, insightful, complex and profound,” said Literature and Humanities Librarian Amanda Rybin Koob who was one of the judges for the contest. “It was an honor to engage with their work and I'm grateful for their generosity and imagination. It was also heartwarming to hear the stories directly from the authors at the reception that honored and celebrated these amazing winners."

Lillemoen, a marketing student, said the process of writing and sharing with others helps her build confidence in the story and gives her a different perspective each time. Lillemoen is an adopted Chinese American and her story is about finding her identity.

“This story is really important to me,” Lillemoen said. “It’s about finding identity peace and how all of these external factors shouldn’t determine who you are. It is the internal factors that have given me the sense of who I am today.” Lillemoen defines America Like Me as being in the middle seat. “The idea is that I choose where I want to go.”

Natanzi, leadership and communications and ethnic studies major, was also grateful for the space to share her story.

“Having an official stage to share our stories is important,” Natanzi said. “The platform allowed me to sit through my own thoughts, analyze it and be able to hear other stories.”

Natanzi’s story is about growing up ethnically ambiguous in America and how she was treated as a result which affected how she felt about herself and other institutions. “America represents a place where all of the things I wrote about — privilege, freedom and opportunity — are all available, but only reserved for a select few.”

Abecassis is a psychology major and is studying musical theater. Their poetic essay is about being an immigrant in the U.S. “I am both American and French and both not American and French,” Abecassis explained. “I wanted to connect the essence of those two identities.”

Abecassis said the process of writing allowed them to organize and analyze their thoughts. “There is no such thing as American Like Me,” Abecassis said. “Being American is encompassed in a million identities and ideas. We are all American in our own way.” 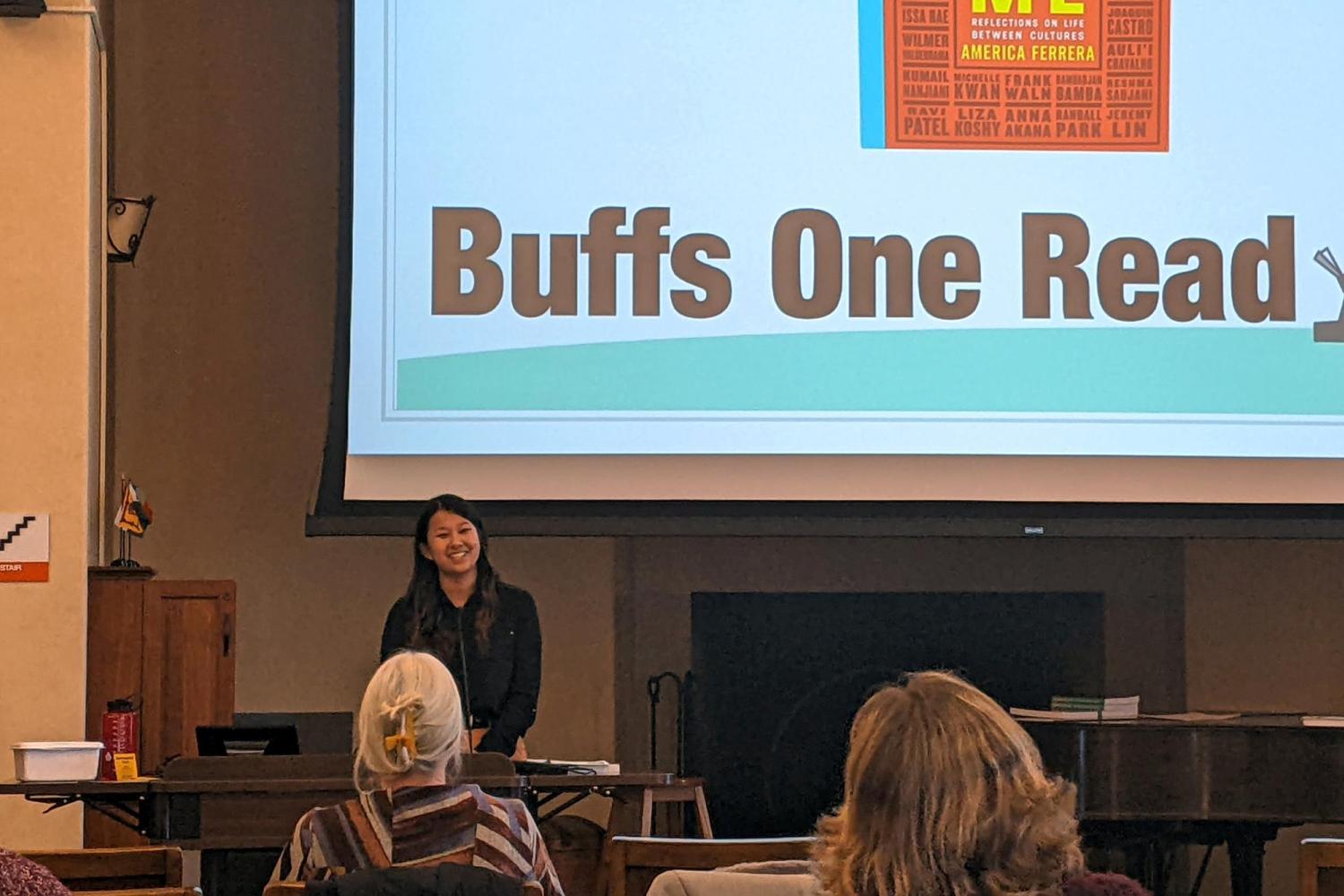 Mya Lillemoen reading an excerpt from her essay 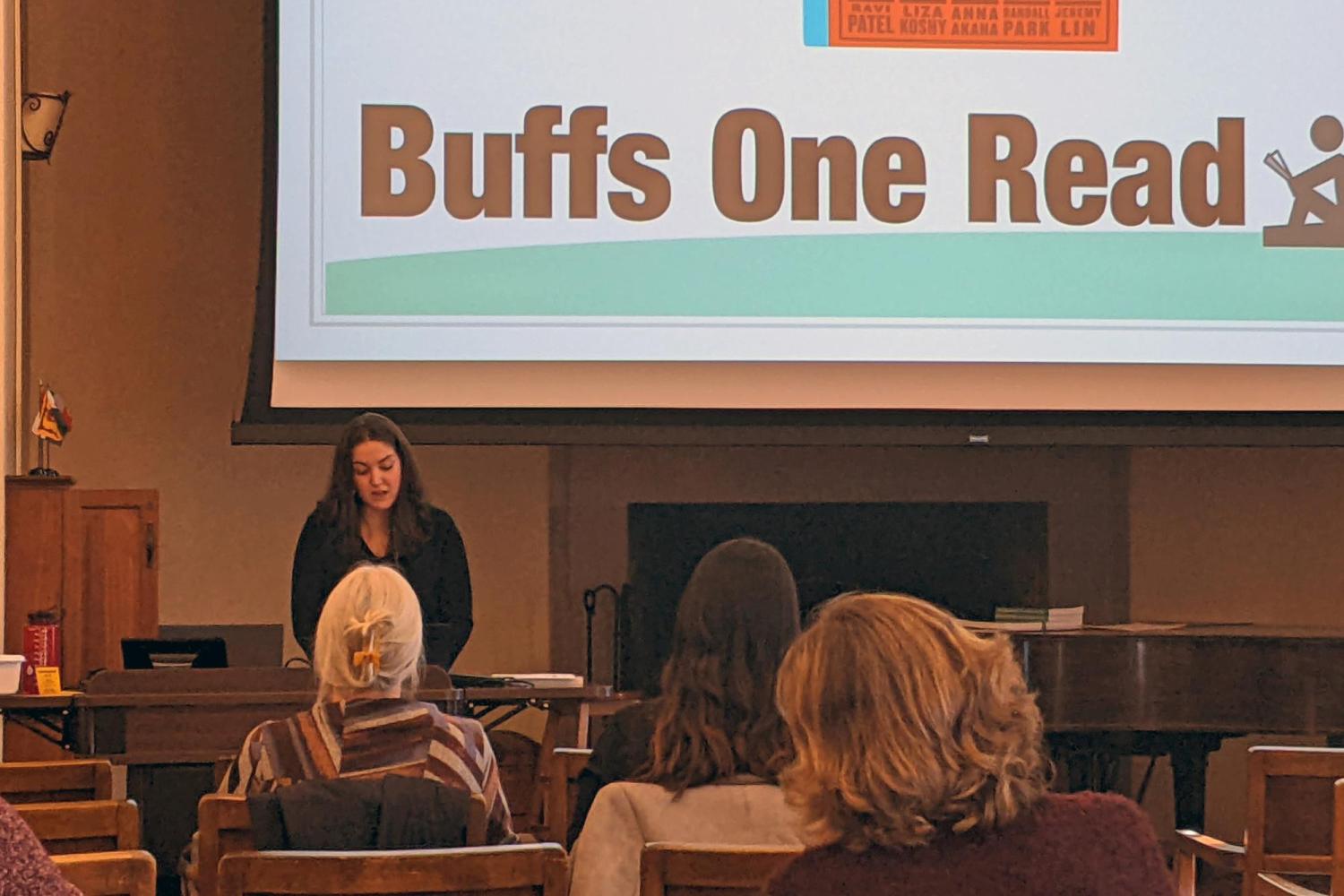 Rumi Natanzi reading an excerpt from her essay 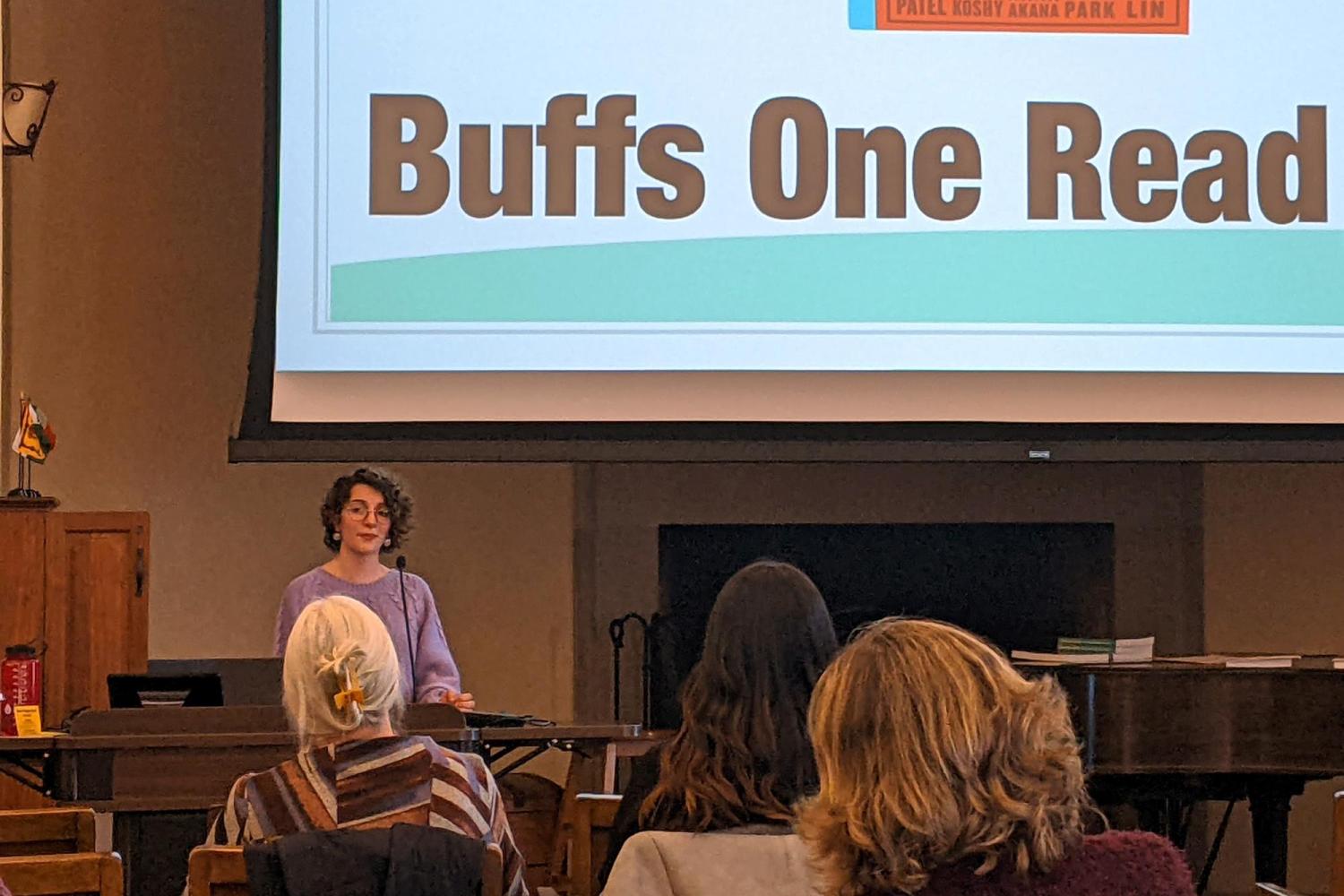