Please join us Friday, October 1, for the Radical Open Access: Experiments in (Post-)Publishing Symposium at the University of Colorado Boulder! 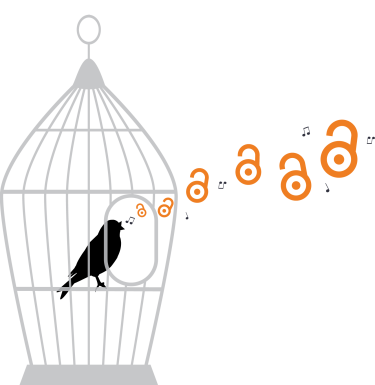 With the demise of traditional gatekeepers, we are witnessing the rapid rise of alternative modes of both scholarly publishing and distribution as well as the artistic exhibition of computer generated works of art in digital environments.

The maturation of open access and collaborative platforms are in fact blurring the distinctions between publishing as a significant force of cultural activity in both contemporary art and leading-edge academic venues.

In this context, the symposium will question the current corporatized systems of academic publishing and the commercial-driven art museum and upmarket gallery systems, as well as serve as a forum to interrogate new models of collective action for collaborating on, creating and sharing scholarship and art. Following the symposium will be a “Clinic for Open Source Arts,” for a conversation about open source digital tools for creativity

This is a hybrid event, taking place in-person at CU Boulder and virtually. Registration is required.

The symposium has been organized by the College of Media, Communication & Information program Intermedia Art, Writing and Performance, and the Center for Research Data & Digital Scholarship, in collaboration with the Post-Publishing programme at the Centre for Postdigital Cultures at Coventry University as part of a series of symposia exploring contemporary approaches to experimental publishing.

Questions can be directed to Mark Amerika.

Joanna Zylinska is a writer, lecturer, artist, curator, and – according to the ImageNet Roulette’s algorithm – a ‘mediatrix’. She is Professor of New Media and Communications and Co-Head of the Department of Media, Communications and Cultural Studies at Goldsmiths, University of London. The author of many books – including The End of Man: A Feminist Counterapocalypse (University of Minnesota Press, 2018), Nonhuman Photography (MIT Press, 2017) and Minimal Ethics for the Anthropocene (Open Humanities Press, 2014) – she is also involved in more experimental and collaborative publishing projects, such as Photomediations (Open Humanities Press, 2016). Her own art practice involves playing with different kinds of image-based media.

Gary Hall is Professor of Media in the Faculty of Arts & Humanities at Coventry University, UK, where he co-directs the Centre for Postdigital Cultures, which brings together media theorists, practitioners, activists and artists. In 1999 he co-founded the critical theory journal Culture Machine, an early champion of open access in the humanities, while in 2006 he co-founded Open Humanities Press, the first open access publishing house explicitly dedicated to critical and cultural theory. Recent publications include The Inhumanist Manifesto (Techne Lab, 2017), Pirate Philosophy (MIT Press, 2016) and The Uberfication of the University (Minnesota UP, 2016). He is currently completing a monograph titled Liberalism Must Be Defeated for Joanna Zylinska’s new Media:Art:Write:Now series.

Janneke Adema is Assistant Professor at the Centre for Postdigital Cultures at Coventry University. In her research she explores the future of scholarly communications and experimental forms of knowledge production, where her work incorporates processual and performative publishing, radical open access, scholarly poethics, media studies, book history, cultural studies, and critical theory. She explores these issues in depth in her various publications, but also by supporting a variety of scholar-led, not-for-profit publishing projects, including the Radical Open Access Collective, Open Humanities Press, ScholarLed and Post Office Press (POP). She is also a Co-PI on the Community-Led Open Publication Infrastructures for Monographs (COPIM) project.

Danny Snelson is a writer, editor, and archivist working as an Assistant Professor in the Department of English at UCLA. His online editorial work can be found on PennSound, Eclipse, UbuWeb, and the EPC. He is the publisher of Edit Publications and founding editor of the Jacket2 Reissues project. His books include Apocalypse Reliquary: 1984-2000 (Monoskop, 2018), Radios (Make Now, 2016), EXE TXT (Gauss PDF, 2015), Epic Lyric Poem (Troll Thread, 2014), and Inventory Arousal with James Hoff (Bedford Press/Architectural Association, 2011). With Mashinka Firunts Hakopian and Avi Alpert, he performs as one-third of the academic performance group Research Service. He is currently developing a manuscript exploring online collections of art and letters entitled The Little Database: A Poetics of Formats.

Chris Coleman was born in West Virginia and he received his MFA from SUNY Buffalo in New York. His work includes sculptures, videos, creative coding and interactive installations. Coleman has had his work in exhibitions and festivals in more than 25 countries including Brazil, Argentina, Singapore, Finland, the U.A.E., Italy, Germany, France, China, the UK, Latvia, and across North America. He currently resides in Denver, CO and is a Professor of Emergent Digital Practices and the Director of the Clinic for Open Source Arts at the University of Denver.