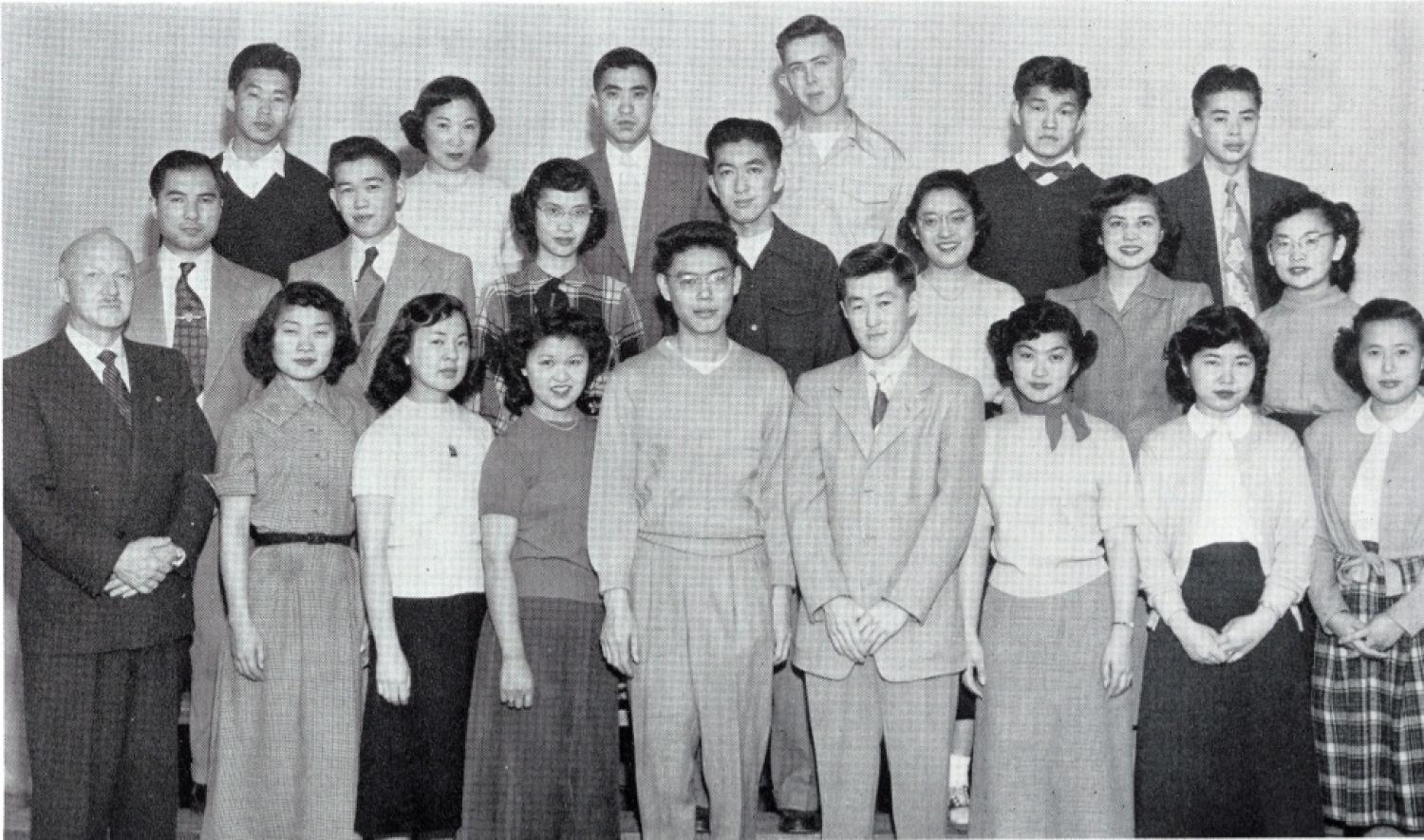 A two-year effort to build a more complete account of the histories of the Japanese and Japanese American communities at the University of Colorado from World War II to the present day resulted in significant growth to the University Libraries Archives.

With support from the CU Boulder Outreach Committee, the faculty and students driving the CU Japanese and Japanese Community History Project have added hundreds of documents, photos, audio and video recordings, oral histories and other materials to the university’s archival record—part of the libraries Rare and Distinctive Collections.

“We are thrilled with the outcome of the project thus far,” Megan K. Friedel, head of archives and co-interim lead of Rare and Distinctive Collections, said. “However, it’s important to note that this isn’t a finished project. Our commitment to uncovering the hidden histories of BIPOC people does not have an end date.”

The project’s start in 2019 aligned with the 75th anniversary of President Franklin D. Roosevelt’s suspension of Japanese incarceration in the United States. A community partnership with the Sakura Foundation helped library facilitators Friedel and Adam Lisbon, Japanese & Korean studies librarian, early in the process, which was instrumental to the project’s evolution.

In the spring of 2020, those involved pivoted from collecting materials to collecting stories from community members. Under Lisbon’s guidance, the student interns conducted dozens of hour-long interviews with Japanese and Japanese Americans with a wide range of stories to share.

“The theme that emerged from these interviews revolved around the Japanese term ‘Gaman,’ [which roughly translates to] persevering through difficult times and continuing to move forward,” Lisbon said. The results make up a treasure trove of oral histories now available in the CU Digital Library.

Gaman also served as the theme for how facilitators and participants navigated the project during unprecedented times. Friedel says she and Lisbon are pleased with the unintentional ways in which the circumstances of the pandemic enriched the project.

“This project has set the stage for how we collect, talk about and discover diverse communities and this serves as a real model [in] moving forward with similar projects in collaboration with other representative groups,” said Friedel.

The CU Japanese and Japanese American Community History Project is part of the University Libraries Archives’ priority to document the lives and cultural experiences of underrepresented and/or historically misrepresented groups at CU Boulder and within its other collecting areas.