Falling in love with landscapes and libraries media recommendations

The University of Colorado Boulder Libraries are delighted to participate in CU Boulder Where You Are: An Online Series Highlighting Teaching, Research and Innovation, a summer outreach series led virtually by Chancellor Philip P. DiStefano.

Each week, viewers hear and participate in engaging discussions with campus faculty covering an array of academic disciplines. Following these discussions, CU Boulder library subject specialists share additional titles of multimedia works to support our community in our educational journey.

This week’s episode, Falling in Love with a Landscape at the Bottom of the World, is essentially a love letter to Antarctica penned by Assistant Professor Cassandra Brooks of CU Boulder’s Environmental Studies program in the form of a verbal account. Brooks considers how the intersections of science, art and activism influenced her engagement with the landscape.

Of course, there’s more to learn about the seventh continent of the world beyond Brooks’ talk. To augment this week’s topic, CU Boulder Earth Sciences & Environment Librarian Philip White has organized additional resources for viewers to explore online or through your local library.

For those wanting to learn more about Antarctica, White recommends the autobiography South! The Story of Shackleton’s Last Expedition, 1914-1917, the story of the Imperial Trans-Antarctic Expedition attempted by famed explorer Ernest Shackleton and his crew in the early 1900s.

“The White Darkness: A solitary journey across Antarctica,” by writer David Grann was published by The New Yorker in 2018 and chronicles British explorer Henry Worsley’s 2008 quest to walk the continent solo. Book and audio versions of this story are out there as well.

Keep cool with the 2013 docu-drama Antarctica: A Year on Ice from New Zealand filmmaker Anthony B. Powell. Experience life with two polar seasons through time-lapse photography and how the human body protects itself in the coldest place on Earth.

To gauge Antarctica's geography, the Scientific Committee on Antarctic Research (SCAR) has created an online interactive map. Apply base and topographic layers to the map-version of the continent and pinpoint research stations and historic sites.

For those interested in learning more about preservation, White also recommends reading Walden, the classic memoir from transcendentalist Henry David Thoreau about experiencing the simple life among nature.

The historical work, The Yosemite, by naturalist John Muir, otherwise known as the “Father of the National Parks,” is an ode to the High Country from the turn of the 20th century that inspires reflection on the national parks across the western United States.

Finally, White recommends The Book of Yaak by writer Rick Bass. A somewhat more contemporary resource compared to those of Thoreau and Muir, Bass makes a compelling case for protecting natural wildlife habitats in the Yaak Valley of Montana and beyond.

Be sure to register for next week’s CU Boulder Where You Are event and return to colorado.edu/libraries for more media recommendations from library subject specialists! 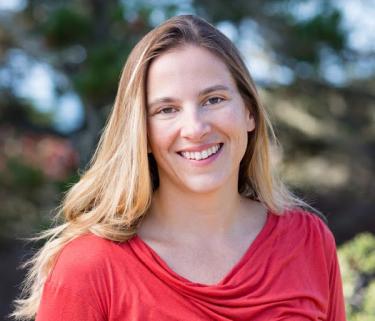 The Last Ocean, a 2009 short film by John Weller

A Day in the Life of #HB4, a 2019 look at the largest all-women expedition to Antarctica in history

Protecting the Southern Ocean, a 2020 short film by Cassandra Brooks and John Weller