Of all of the alumni, staff, and faculty members my fellow interns and I have been researching as part of the CU Japanese and Japanese American Community History Project, supported by the CU Boulder Outreach Committee, I would like to highlight the story of alumnus Thomas Masashi Kawamata. 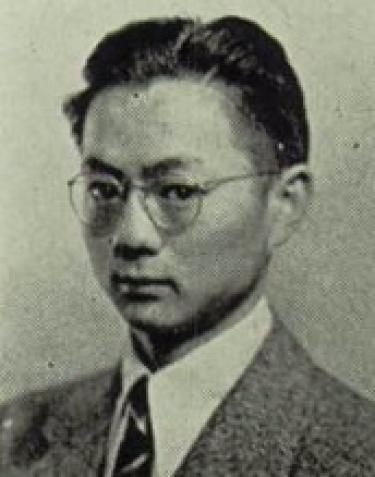 Tom played on the CU Boulder baseball team in the spring of 1942, just a few months after the bombing of Pearl Harbor. At this time, Japanese Americans were being removed from the West Coast and relocated to incarceration camps farther inland and were facing discrimination across the country. Colorado colleges and universities accepted more Japanese Americans than any other state west of the Mississippi, with the University of Colorado Boulder enrolling the most students of Japanese descent in Colorado. Tom was the only Japanese American on the baseball team at the time, and I took an interest in Tom because he publicly represented CU Boulder in a time when most people in his ethnic group on the West Coast were actively forced out of their homes despite their support for America during World War II. 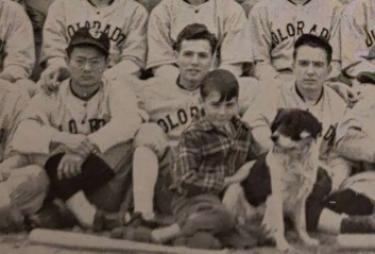 However, the trail following Tom grew cold fast, as he attended CU Boulder for only two years and there are no extensive records or articles about him in our usual archival sources. We know that he was from Denver and attended CU Boulder from 1940 to 1942 as an engineering major. We know that he was on the baseball team in his sophomore year but did not receive a varsity letter. He was a pledge in the Cosmopolitan Club, which connected international students and students of color on campus. Beyond that, we don’t know much about his time at the university or why he did not return for his junior and senior years.

We did learn from an Ancestry.com search that he went to Manual High School in Denver before he began studying at CU Boulder. According to his high school yearbook, he was on the baseball team, in the National Honors Society, a hall monitor, and in the “M” Club and Courtesy Club. We also found his immediate family in the 1930 U.S. Census. He had an older brother, Eiichi, and a younger brother, Bob.

In searching the Denver City Directories, we found more records of Tom’s family. His father, Ichigo, was a shoemaker in Denver as early as 1918. His mother, Yem, died shortly after Tom was born. He had a stepmother, Momoyo, who separated from Ichigo in 1945. We found a record that Tom played for the Denver Merchant Bears baseball team in 1944. Interestingly, the team played against the Amache All-Stars, representing the incarceration camp located just outside Granada, Colorado.

The most reliable theory we have for why Tom did not return to school is that he dropped out to play baseball for Denver and help his father with his shoemaking business, or his stepmother with her cafe. We may never know exactly what happened to Tom, but I will always admire his time on the baseball team in the midst of WWII.