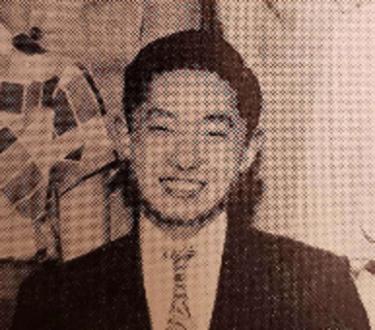 Akira Horie graduated from the University of Tokyo in 1952 at age 23, when Japan was still rebuilding after World War II. Horie saw these recovery efforts and decided he wanted to continue his education in the United States. He enrolled at the University of Colorado Boulder and was part of the first group of Japanese Fulbright scholars to study in America.

In his two years at CU Boulder, Horie completed his business degree with the class of 1954. Additionally, he participated in a number of extracurricular activities. This well-rounded student was active in the Cosmopolitan Club, which brought international students and students of color together; the Kenkyu Club, which was aimed at promoting Japanese language and culture; the interdenominational and interracial Inter-Varsity Christian Fellowship; and the Wesley Foundation, which represented the Methodist Church on campus. He also played on the 1954 soccer team (#42) and climbed and skied with the Rocky Mountain Rescue Group.

After graduating with his Master’s, Akira Horie went on to work at the Mitsubishi Corporation. He became Senior Managing Director and the General Manager at the Nagoya Branch in the Aichi Prefecture of Japan. The CU Boulder graduate also served as president of the university’s Tokyo alumni chapter.

Akira Horie graduated at the top of his class of Fulbright Scholars. Today, CU Boulder has a joint program between the Center for Asian Studies and CU Education Abroad that allows students to travel to Japan for various internships. This program is partially funded through Japanese alumni like Horie. Akira Horie, now retired, lives in Kamakura, Japan.