As we practice social distancing this spring, we have a sudden and unexpected opportunity to engage with reading and media for our enjoyment, interest and well-being. Spring break is a perfect time to explore our interests and passions by enjoying the University Libraries’ ebook selections, listening to an audiobook during a bike ride, or finding solace in a podcast, film or game.

Let the Libraries help you. Our faculty and staff are reading, writing, playing or listening to the books and media we present here. 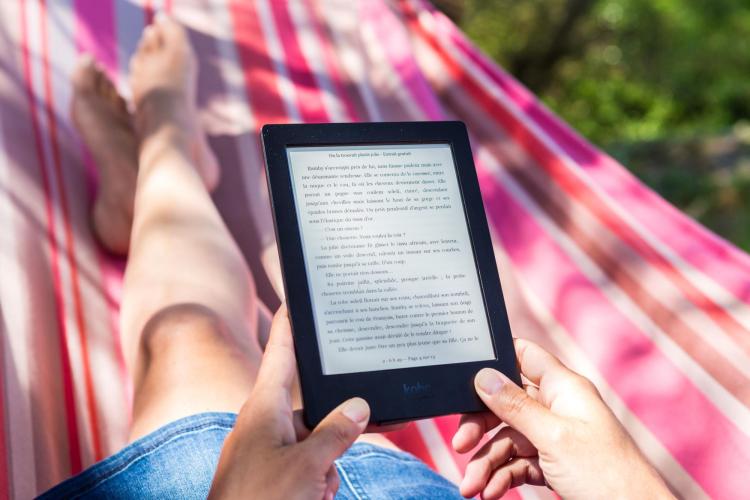 Photo by Perfecto Capucine on Unsplash

For Fans of Fiction:

Copy Cataloger for the Howard B. Waltz Music Library Clara Burns recommends the book "Girl, Woman, Other" by Bernadine Evaristo. "Evaristo's remarkable style is intimate and expressive as she treats a variety of interrelated stories about girls, women and other individuals of various backgrounds, cultures, and degrees of sanity, and explores their ways of coping with the world they encounter," Burns said. "I couldn't put it down."

Human Resources Manager Dylan Wiersma suggests reading "The Memory Police" by Yoko Ogawa this break. Wiersma calls Ogawa’s novel about a town of people who lose their memory and a brutal police force that arrests anyone who doesn't forget, "a haunting blend of dystopia and horror."

Information Technology Manager Deborah Hamrick recently read "Me Before You" by JoJo Moyes, a love story that explores what it means to put another person's happiness over one's own. Hamrick couldn't put it down!

Honorable mentions include "Gideon the Ninth" by Tamsyn Muir, "The Murmur of Bees" by Sofia Sofia Segovia, "Life of Pi" by Yann Martel and "Exhalation" by Ted Chiang.

For Fans of Nonfiction:

Photographic Archivist Jennifer Sanchez recommends "Blowout" by Rachel Maddow for the reader who wants to remain informed on current-day issues and politics. "No other industry shapes the economy, politics and the Earth's environment like the oil and gas industry," Sanchez said. "Maddow explains how the inner circle of the industry operates in an entertaining and straightforward way, sometimes to the extent that you wish you were still in the dark!"

Dean of University Libraries and Sr. Vice Provost of Online Education Robert H. McDonald is reading "Designing the New American University" by Michael M. Crow and William B. Dabars. The authors reflect on the history of American research universities and their future evolution. McDonald calls it "a visionary book about higher education in a new era."

Moving Image Archivist Jamie Marie Wagner suggests the 1904 book of essays "Mutual Aid: A Factor of Evolution" by natural historian Peter Kropotkin. "With vivid and fascinating examples from most animal classes and human civilizations throughout history, Kropotkin's book is a reminder of the strength and resilience of communities that come together in really difficult times,” Wagner said.

For Fans of Poetry:

Literature & Humanities Librarian Amanda Rybin Koob recommends "Matter" by Bin Ramke. "I love turning the mystery of each of the poems in 'Matter' over in my mind," Rybin Koob said. "The poems include the 'stuff' of the world, what it's made up of from the tiny to the vast, both seen and unseen. This stuff includes the fascinating origins and double-meanings of language, and how words themselves hold that history, just as our bodies hold our histories.

"Out the window a face peers back / wondering where it came from, the word miracle, / which is how to stand on the world"

For Fans of Historical Nonfiction and Biographies:

For readers interested in American historians’ interviews with significant American figures, Dziadecki also recommends "The American Story: Conversations with Master Historians" by David M. Rubenstein. These interviews are based on original presentations in the Library of Congress.

For Those Who Prefer Art Films:

Access & Discovery Librarian Nicole Trujillo loves the film "Three Colors: Blue," directed by Krzysztof Kieślowski. "Kieslowski offers the viewer a lush, emotional take on what it means to suddenly be free from life's previous responsibilities, depicting a journey that is both highly personal and deeply relatable," Trujillo said. "The library also has 'Three Colors: White' and 'Three Colors: Red' in Kanopy, so you can watch the whole trilogy."

For Those Looking For a Great Children's Book:

Head of the Howard B. Waltz Music Library Stephanie Bonjack suggests "Sofia Valdez, Future Prez" by Andrea Beaty, illustrated by David Roberts. "This is a fantastic story about a young girl inspired to make a difference after her abuelo is injured at a local landfill," Bonjack said. "She takes on naysayers and her city government in order to create a community park, and demonstrates that leadership can happen at any age, even in grade two."

For Those Who Love Audiobooks:

CRDDS Coordinator Cindy Edgar recommends "The Ten Thousand Doors of January" by Alix E. Harrow for its stunning detail. "Harrow's debut novel takes you on an extraordinary journey of love, danger and adventure through secret doors in stunning detail. The audio version is brilliantly narrated and actually won the Audie Award for Best Fantasy. Great choice for a YA book, too!"

For Those Who Want to Listen to the News on Their Own Time:

Collection Analyst Librarian Arthur Aguilera suggests listening to National Public Radio's "Up First" podcast, referring to it as a great way to get accurate news daily while limiting screen time. Plus, each episode only lasts 14 minutes!

There is plenty of time to game this spring break. Metadata Coordinator Katie Fletcher doesn't believe we need to play in isolation. “The Dungeons and Dragons Role Playing Game is a great remedy to social distancing because it can be played in person or over FaceTime or Zoom," Fletcher said. "All you need is one creative Dungeon Master to come up with a storyline, and then the other players can create characters to "live" in that world. Gameplay can range from serious fantasy similar to 'Lord of the Rings,' to something more like 'Robin Hood: Men in Tights.' It all depends on your friends and the roll of the dice."

Tags:
Return to the top of the page
Submit Feedback