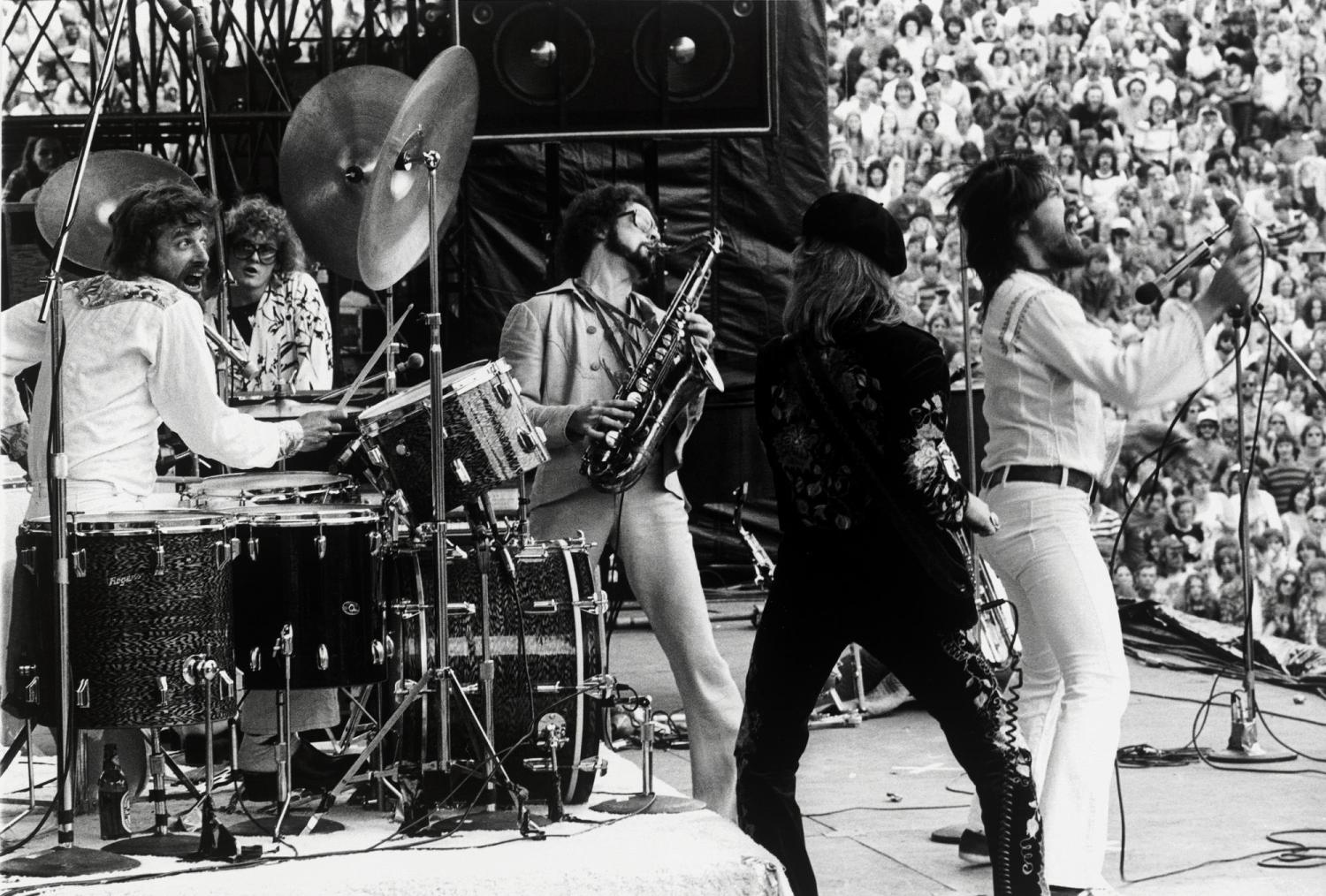 “If you can remember the 60s, then you weren’t really there.” Lucky for those who can’t remember and those born too late, renowned rock 'n roll photographer, Dan Fong (Mktg.’70) was there, capturing much of Colorado’s counterculture movement in the mid-1960s and 1970s.

The University Libraries Archives have acquired more than 140 photographs from Fong’s extensive career, including images from concerts at Folsom Field with the Doobie Brother, the Grateful Dead, and Country Joe McDonald, to the front steps of Norlin Library where bands like Mountain played shows for a crowd that covered nearly every inch of the Norlin Quad. 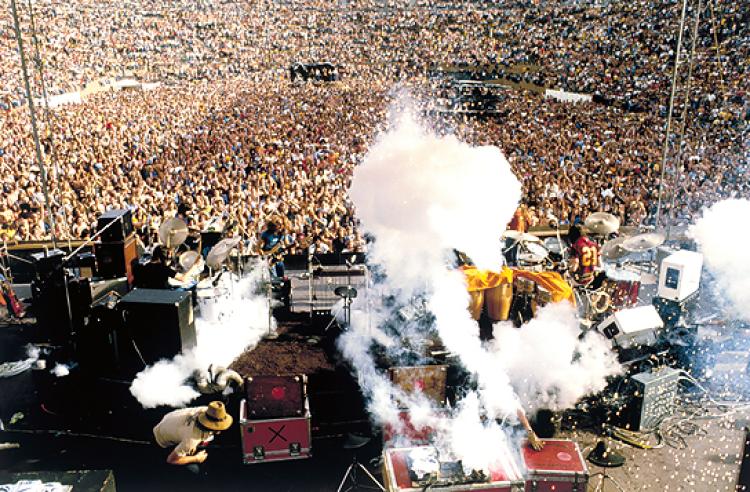 The Doobie Brothers at the University of Colorado Boulder's Folsom Field

“This guy is responsible for so many iconic photos of bands from the last 30 years,” singer-songwriter Michael McDonald of The Doobie Brothers and Steely Dan said of Fong. “Dan Fong is a true renaissance man in the world of rock ‘n’ roll. He is a great photographer, world-class chef, manager, promoter, and life- long friend.”

“These photographs are amazing—they show the crowd sitting right at the feet of the performers which is just unheard of in music culture today for a band of that size,” said Megan Friedel, head of the Libraries Archives.

This acquisition is significant for the Archives in more ways than one. First, Fong’s collection elevates the Archives’ efforts to document American popular music with the American Music Research Center. Secondly, the thriving music scene of the 1960s and 1970s in Colorado, depicted in Fong’s photographs, is at the heart of the Archives’ mission to document Rocky Mountain counterculture.

“The Rocky Mountain counterculture and music are so closely intertwined,” said Friedel. “We see the Dan Fong collection as the cornerstone for beginning to collect more in this area.” 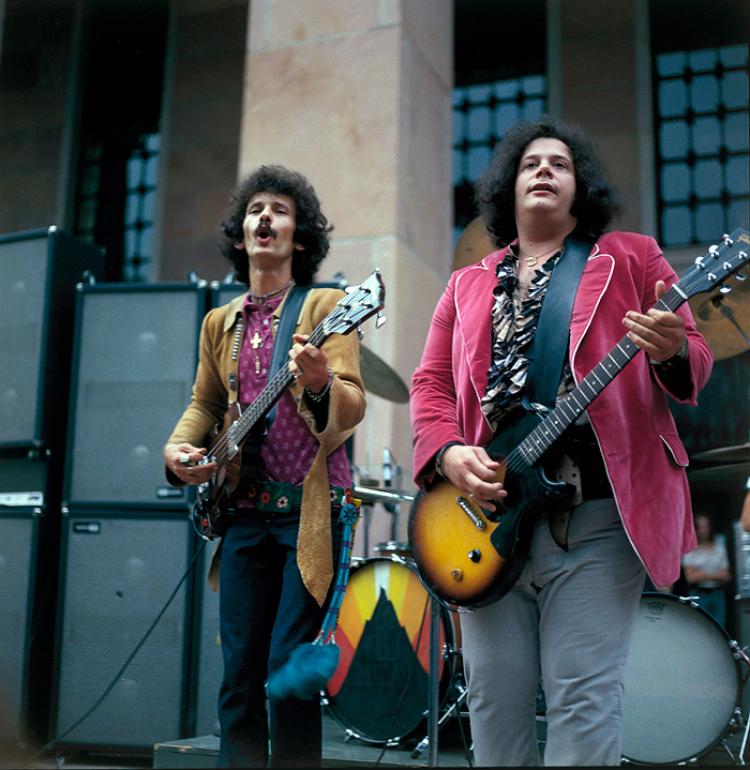 Felix Pappalardi and Leslie West from the rock band, Mountain, playing on the steps of Norlin Library

Fong opened his photography business in Denver in the early 1970s. It wasn’t long before he learned that the popular free-form radio station KFML 98.5 FM’s headquarters was located three blocks down the road in Cherry Creek.

Fong worked a deal with KFML where he would take promotional photographs of visiting artists in exchange for radio advertisements. Then they found out that he could cook, which led Fong to cater for record labels like Warner Brothers, Capitol Records and RCA.. 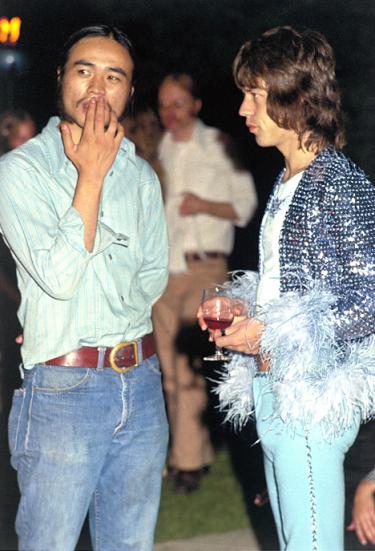 When the Rolling Stones played the Denver Coliseum in June 1972, Fong received his big break. He was hired to cater on behalf of Colorado’s lead rock concert promoter at the time, Barry Fey. After the Stones, Fong continued to work parties for Fey and eventually for the Doobie Brothers as their chef, then their media coordinator and photographer.

“The advantage for me was that the entire time I was still a photographer,” he said. “So I took a lot of photographs. Backstage, you get to meet the artists, talk to them, get to know them better, and develop a relationship with them. Then I’d ask, ‘Can I take your photograph?’ and 99 percent of them said yes. That was what it was about back then.”

The new Archives collection includes dozens of scenes a typical concert-goer would rarely get to see both then and now. From concerts at Folsom Field with the Who, the Grateful Dead, Fleetwood Mac, and Country Joe McDonald, to the front steps of Norlin Library where bands like Mountain played shows for a crowd that covered nearly every inch of the Norlin Quad.

Photo Archivist Jennifer Sanchez said that Fong’s work offers a vivid depiction of what Colorado’s music scene and counterculture looked like from his vantage point. The new Dan Fong collection also helps the Archives fill in a historical gap in their collections, shared in a uniquely visual way.

“I believe that it’s important for all of us to see as many aspects of history as possible,” said Sanchez. “Otherwise, you get a little bit of a story here and there and nothing connects it together. When that happens, you lose the true relationship we all have to one another and to history.”

For Fong, the decision as to where he would donate his work wasn’t a decision he took lightly.

“I’m so excited that this collection is going to a really credible institution,” said Fong.

The Dan Fong collection of photographs are available to review in the Special Collections and Archives Reading Room by request.