The University Libraries invites members of the public to attend a screening of “Change the Subject” — a new documentary film about labels, libraries, and activism from a group of former Dartmouth College students committed to advancing the rights of undocumented peoples. 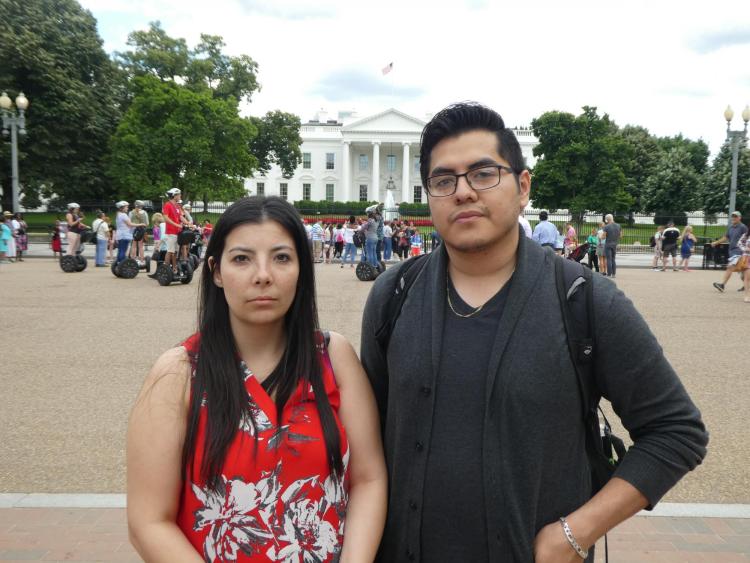 Courtesy photo of Melissa Padilla and Oscar Cornejo from the making of "Change the Subject" in 2017.

The students — now alumni — partnered with Dartmouth staff to make this film, highlighting their efforts to confront an instance of anti-immigrant sentiment in the Baker-Berry Library’s catalog.

“What we find particularly valuable and interesting with ‘Change the Subject’ is the advocacy that came from students at Dartmouth that generated momentum to change the subject heading to undocumented people, and the political upheaval that followed this normally routine update to a Subject Heading,” said Lindsay Roberts, Education Librarian and member of the Libraries Diversity and Inclusive Excellence Working Group which is bringing this film to campus.

The screening will be followed by a brief conversation with head of monographic cataloging in Metadata Services Chris Long. Long also co-Chairs the American Library Association Cataloging and Metadata Management Section’s Subject Analysis Committee. Long’s discussion will focus on the most recent updates on this issue from the American Library Association annual conference this past June.

About a year ago, the Libraries' Metadata Services implemented inclusive and ethical subject headings locally in the Libraries' online catalog Chinook.

“The inclusive subject headings implemented were those initially proposed by the now alumni from Dartmouth and staff," said Sol Lopez, who serves as the media cataloging coordinator for the Libraries. "CU Boulder Libraries have added keyword and subject access to over 5,000 bibliographic records through the project, in an effort to communicate to all users that they are welcome and safe in our library spaces."

Lopez said that this is an ongoing and sustainable project that other librarians throughout the country are paying attention to.

“Our efforts have shown how libraries can collectively work together locally as well as nationally, to foster diversity and inclusion by eliminating anti-immigrant sentiments in library spaces,” she said. “Our project also shows an instance of libraries working toward social justice issues.”

The Libraries at CU Boulder affirm that diversity and inclusive excellence are vital to our mission and vision. By offering services and spaces to develop a receptive social, intellectual, and physical environment for all, the Libraries seek to recognize and address the power dynamics created by power differences and hierarchy.

To learn more about our efforts to ‘change the subject,’ come to the Center for British and Irish Studies on the fifth floor of Norlin Library on Wednesday, July 17 at 2 p.m.

Tags:
Return to the top of the page
Submit Feedback