The University Libraries and the National Center for Atmospheric Research (NCAR) are delighted to share the newly curated Walter Orr Roberts digital collection.

Roberts was an internationally-renowned astrophysicist and a principal figure in many scientific developments in Colorado. From 1940 to 1957, he served as the superintendent of the High Altitude Observatory (HAO) in Climax, Colorado. He directed the observatory and went on to direct NCAR from its launch in 1960, bringing HAO with him. Today, NCAR continues to conduct vital solar research.

Together, archivists from the Libraries, along with NCAR archivist Laura Hoff, and Gemmill Library’s Branch Operations Manager Emily Fidelman curated a digital collection made up of over 150 documents this past year that detail early climate research in Climax, Colorado, the founding of NCAR, and the construction of the “coronagraph” telescope. 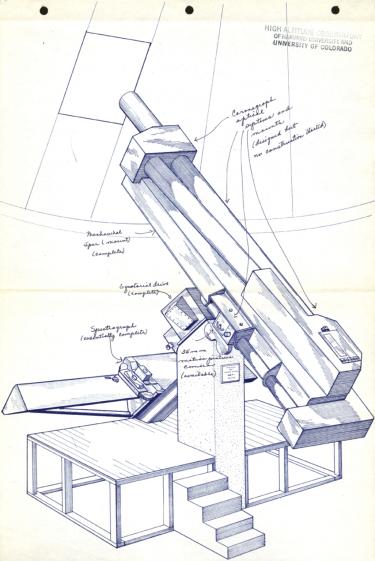 “In the 1940s, [Climax] was the highest altitude community in America, and there were all of these researchers going up there. They had to build communities, they had to build roads, and they had to build housing,” said Wagner. “There were families and kids that went up there with the researchers. There’s this one letter that describes that they were having trouble cooking because of the altitude. There were people writing to this pressure cooker company about how-to boil green beans because they couldn’t.” 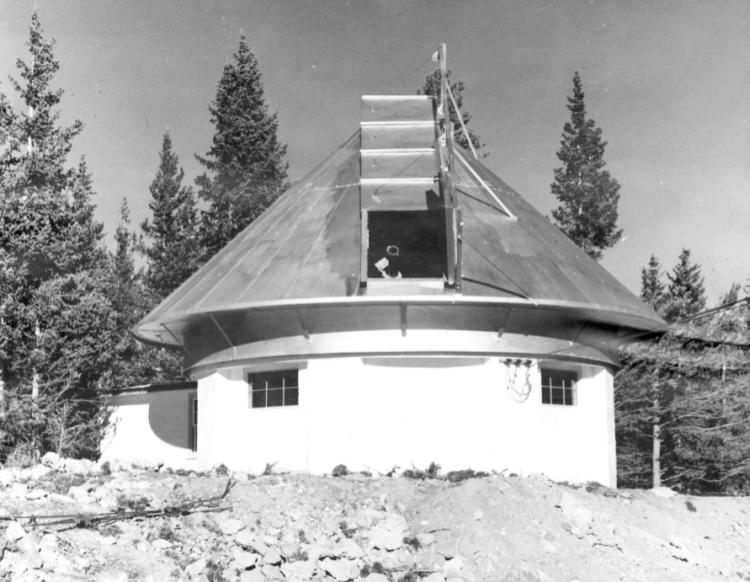 The small observatory dome at Climax, Colorado of the High Altitude Observatory. The caption from the Archives reads, "This building will house the new 6-inch coronagraph when it is completed."

Fidelman, who also spent a diligent amount of time with the collection, noted that scientists like Roberts who had worked on technologies that helped the U.S. succeed in WWII became increasingly concerned with controlling these technologies. His advocacy for the transparency of these technologies and scientific discoveries, she said, led him to NCAR.

“By patching together disparate sources of funding to transcend the limitations of dual-use, set forth by Eisenhower's Outer Space Treaty, Roberts and NCAR scientists could combine data useful to both defense and exploration to produce holistic models of worldwide phenomena,” said Fidelman. “At first, these included the effects of nuclear fall-out, and soon after, shed light on the effects of human beings on the carbon cycle, which may be the greatest challenge to our survival since the Bomb.”

Fidelman also pointed out that the documents in the collection such as contracts and letters paint a vivid picture of the relationships behind the emerging open science movement of the time and add perspective to how these issues are continuing to play out today. 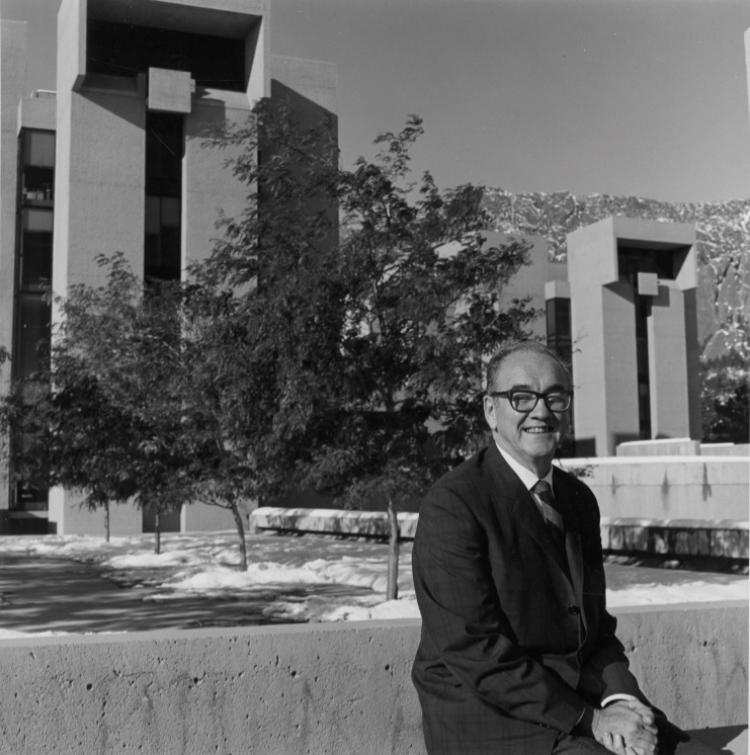 Portrait of Walter Orr Roberts, former director of the National Center for Atmospheric Research (NCAR) outside the Table Mesa Laboratory in Boulder, Colorado.

The year-long project is commemorative of NCAR’s 60th anniversary. The digitized collection zooms in on Roberts’ early connections to CU Boulder and NCAR, and shows how the longstanding collaboration between both entities has evolved from his influence to the present day.

“This collection is an example of the history of Boulder as a science and technology community, the histories of CU and NCAR, as well as the broader history of atmospheric science, and particularly climate science which is really relevant right now,” said Hoff with NCAR. “It's important to have these materials accessible so people can see where we’ve come from and look to where we can go from here.”

Adrienne Wagner and Eric Radio of the Libraries were responsible for digitizing the information and adding metadata to CU Boulder’s new online collection. NCAR has its own collection of archives on Roberts that are digitized and accessible online.