After over 30 years with the University of Colorado Boulder Libraries, librarian Leanne Walther has retired. 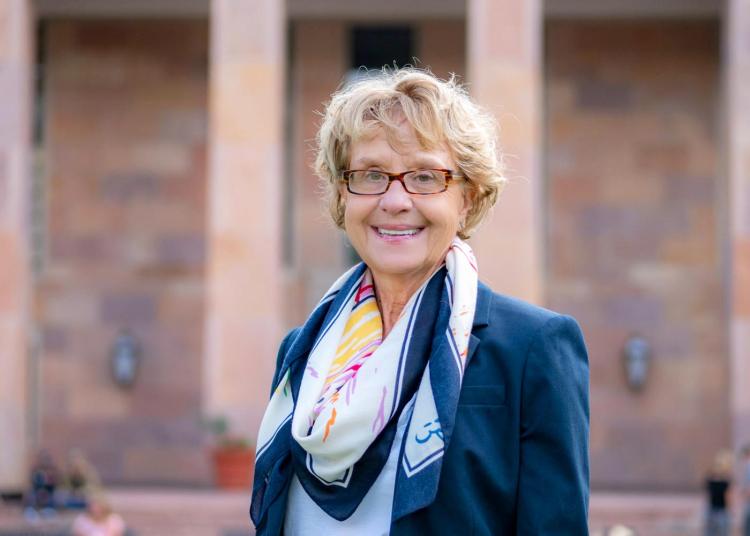 Walther began her career at CU Boulder as a cataloger at the Howard B. Waltz Music Library. She worked in the music library by day and worked towards her Master’s in Library Sciences from the University of Denver at night. After earning her MLIS, she went on to work as a reference librarian in the William A. Wise Law Library for 15 years.

“We would always keep digging until we got the information that was requested,” said Walther. “It didn’t matter what the question was, it was a duty and a commitment. It kind of became like detective work.”

“The very first question I had was from someone who wanted to know how many eggs were broken in the U.S. that previous year,” she said. “We found the information, but I had nothing from which to draw from for that question. It makes me laugh because it really humbled me because Gov Info is everything. It’s laws and regulations and court decision and how those come to be, but it’s so much more than that. The government keeps track of everything!”

She also was able to take on more instructional duties during her time with the Government Information Library. With each of her positions at CU Boulder, Walther said she was fortunate to have continuously been surrounded by colleagues and mentors who encouraged her to always take her public service to the next level.

Last year, she was honored with the Libraries 2nd annual Williams Lifetime Achievement Award, which recognizes individuals within the Libraries for their exceptional contributions to the Libraries over the course of their career.

Although library and information services as an industry have undergone observable changes over the years, Walther encourages both young and seasoned professionals to never stop asking questions and to always be open to attaining knowledge.

“Seize whatever opportunities are available to challenge yourself,” she said. “Grow and collaborate. Partner with people. Broaden the people that you partner with. The more people we can have be part of what we do is important. The libraries are so important to every part of this campus.”

Thank you for your contributions to the Libraries, Leanne! We wish you all the best.