Longtime staff archivist David Hays is this year’s recipient of the Campbell Award. 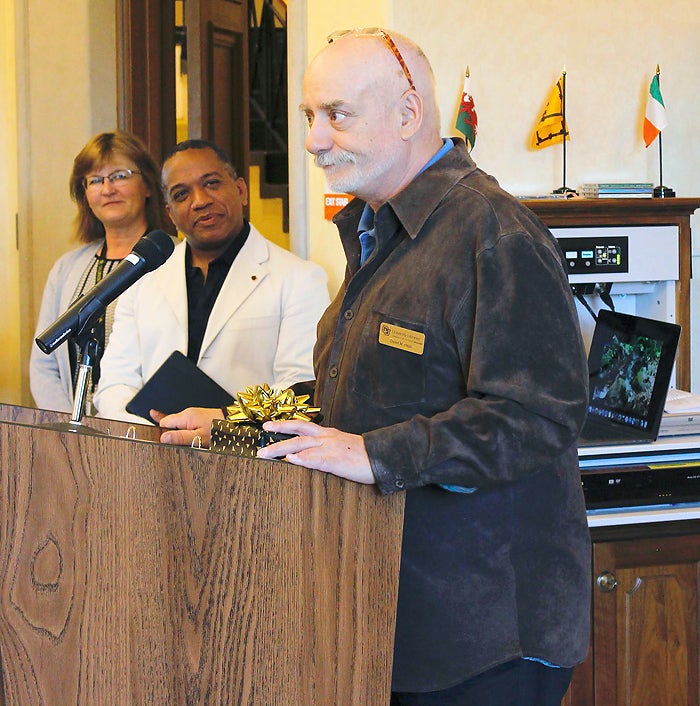 The award is named after Marie and Martha Campbell, sisters who joined the University Libraries staff in 1945 and have maintained their support for the Libraries since their retirement.

Each year, the Campbell Award is presented to a respected Libraries staff member who has consistently demonstrated excellence in their work, who has gone above and beyond their normal job duties, and who overall has continuously made outstanding contributions to the Libraries.

Hays has worked in the CU Boulder Archives since the 1980s. His achievements include creating traveling exhibits, one of which was on the history of racial and ethnic stereotypes in America, sending students to national parks across the country to perform archival work for the National Park Service, and directing the world-renowned U.S. Navy Japanese/Oriental Language School Archival Project.

His superpower is his familiarity with the materials. He knows what we have and where it lives in the Archives. The committee noted that they “can always count on the correct materials to be ready for researchers.” This has allowed him to assist with countless projects. It’s not uncommon to see his name printed in the “Acknowledgments” section of a book.

“My mission was to assist scholars and students in identifying topics, amassing useful sources, and often becoming a sounding board for their findings,” said Hays, after receiving this award. “I considered every finished assignment, thesis and publication a personal success.” 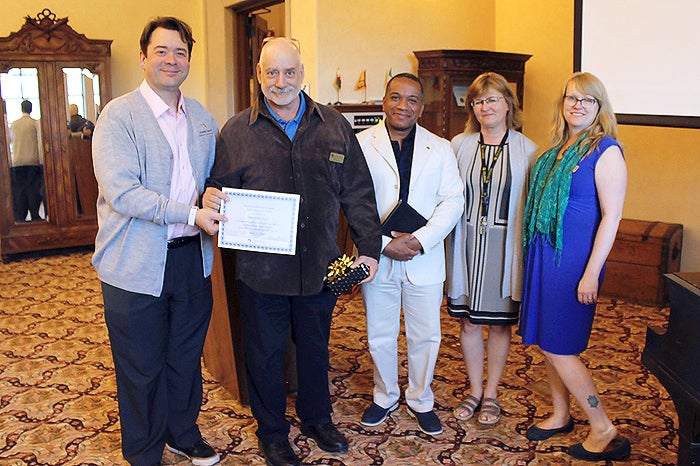 The committee recognized his service as the “institutional memory” of the Archives and the Libraries. Furthermore, Hays was described well as one of the “unsung threads in the fabric of the Libraries.”

“Dave Hays has been the workhorse behind the Archives for decades,” said the Libraries Head of Archives Megan Friedel. “The Archives literally would not and could not run without him.  I know he never expected or even considered that he’d receive the Campbell Award—but he deserves it more than I can possibly say.”

After receiving the award, Hays reflected on the best part of his job: being part of the process with researchers. He attributes his success to the work of his students and colleagues, and the history of the Libraries.

Going forward, he said it’s important to consider what has been done, what can be done in the future, and how we in the present can arm future generations with knowledge and insight into the significance of the work that happens in archives everywhere.