As the first Preservation Steward library in the nation and the longtime steward of government documents and the state’s Regional Depository for governmental documents, the University of Colorado Boulder Libraries serves as the glue that keeps government information libraries together.

The Government Publications Interest Group (GoPIG) is a well-established, long-time committed network of government information librarians in Colorado. They meet a handful of times a year to share with one another their issues and best practices for all to learn from.

“GoPIG allows librarians with differing responsibilities at their home institutions to get together and focus on this aspect of their position,” said Kate Tallman, head of CU Boulder's Government Information Library. 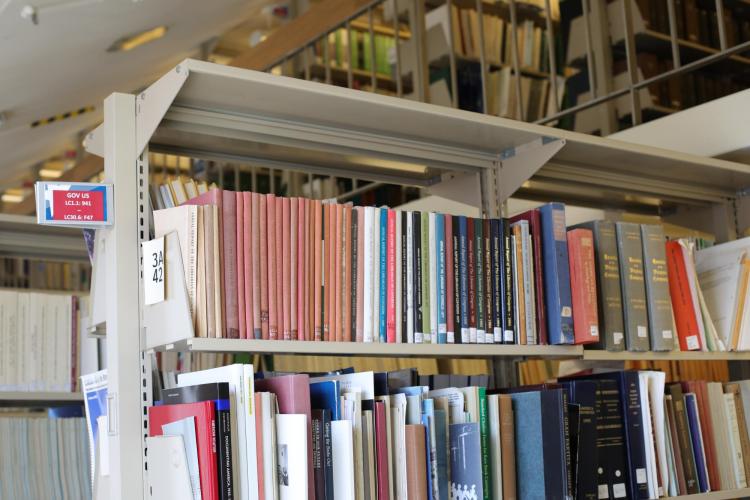 GoPIG was founded more than 20 years ago by Tim Byrne and other Government Information librarians associated with the Colorado Alliance of Research Libraries (CARL) in order to figure out a solution to a mounting problem across libraries that held government publications.

“There were mountains of paper, not everything was cataloged and many libraries were looking to open up more space for their students to study in the library,” she said.

The University Libraries was designated as the state’s Regional Federal Depository in 1879, and has been the coordinator of GoPIG since the 1980s. This provided libraries in the system with a way to legally dispose of documents that were deemed unnecessary to keep or that later could be digitized as technology advanced.

“Everyone is committed to keeping this group together, and that speaks to a long history of leadership and trust that has been developed by the Regional Depository Coordinators at CU Boulder,” she said.

Running a federal depository is complicated. Though in 20 years, Tallman said that the CU Boulder Government Information Library coordinated the disposal of vast collections with help from GoPIG as long as the items had a duplicate in the CU Boulder collection were at least five years old at the time of disposal.

GoPIG has been especially beneficial for smaller academic libraries in the state. Nicole Trujillo, who now works with the Libraries in Metadata Services, joined the group in 2012 while working at Adams State University. She said the group was at times her only connection to libraries across the state.

“To have that expertise on hand was essential for me to do anything with the collection,” said Trujillo.

Trujillo believes that University Libraries and the 19 participating federal depositories throughout Colorado are paving the way for other states to follow suit. Tallman said GoPIG collaborates with other regional repositories in neighboring states. 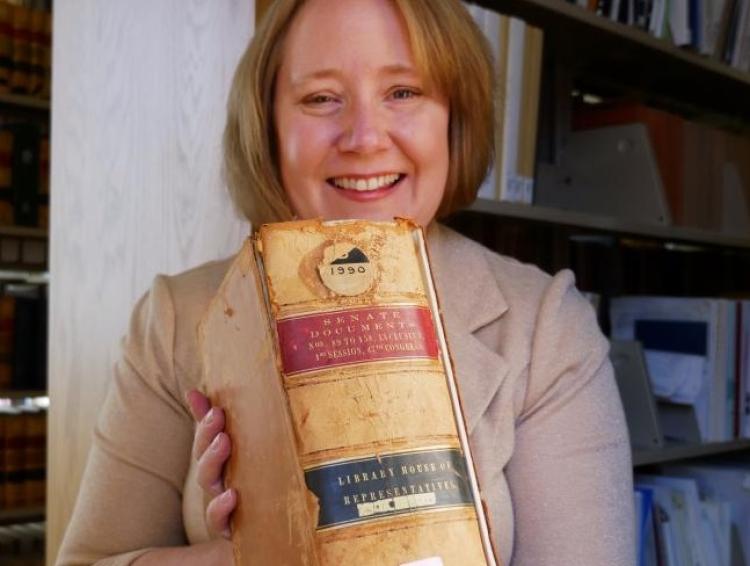 The Government Publications Office (GPO) which enforces the Federal Depository Library Program (FDLP) is taking concerted efforts to provide federal depositories with software programs like the FDLP eXchange, which helps with determining how unwanted documents should be handled.

“Basically it’s like a match.com for documents,” said Tallman.

On May 10, GoPIG’s next meeting will take place at the University of Denver. The executive director of the Technical Report Archive and Image Library (TRAIL) is expected to speak with members about digitizing reports and scientific research.

“CU Boulder and everyone who actively participates in GoPIG represents the best model of what a regional depository system could look like,” she said.