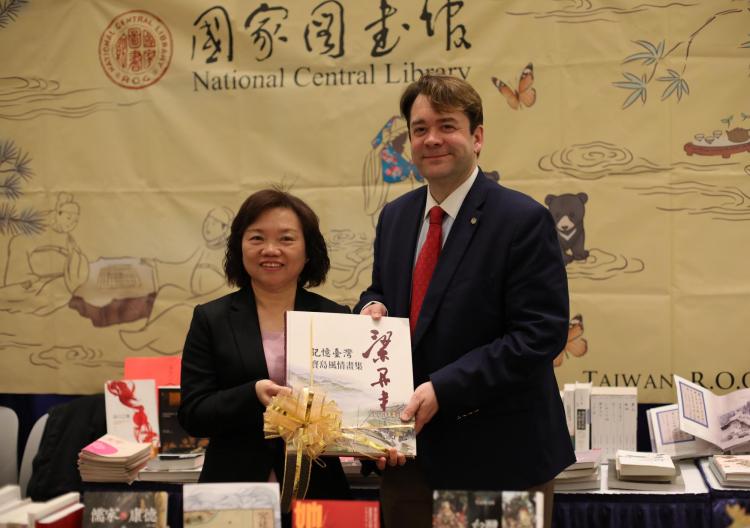 At the Association for Asian Studies (AAS) annual conference in Denver on Friday, University of Colorado Boulder Libraries accepted a sizable donation from the Center for Chinese Studies of Taiwan’s National Central Library, the Chiang Ching-kuo Foundation for International Scholarly Exchange, and the National Taiwan University Press.

The donation to the University Libraries includes around 450 books and around two dozen DVDs published in the past three years. The contents cover Chinese history, philosophy, religion, language, literature, art, politics, and economics. This gift plays a significant role in strengthening the Libraries’ collections and is an indispensable resource for teaching and research in Chinese humanities at CU Boulder.