This week, “CU Living Library: Dialoguing Difference” gave students, faculty, staff and community members the opportunity to listen to stories from their peers and engage in open dialogue.

The event took place Wednesday and Thursday afternoons in Norlin Commons. Volunteers were recruited to serve as human Books and share their personal stories of heartbreak, grief, and prosperity.

Juan Garcia Oyervides is a graduate student studying Spanish and Portuguese. Garcia Oyervides heard about the event last year and made it a priority to attend this year. He said it was valuable for him to hear from people who have different lived experiences than himself.

“When you present yourself like a book, I think there's a thought process behind it into highlighting certain experiences of your life and I think that's precisely what I saw today,” said Garcia Oyervides. 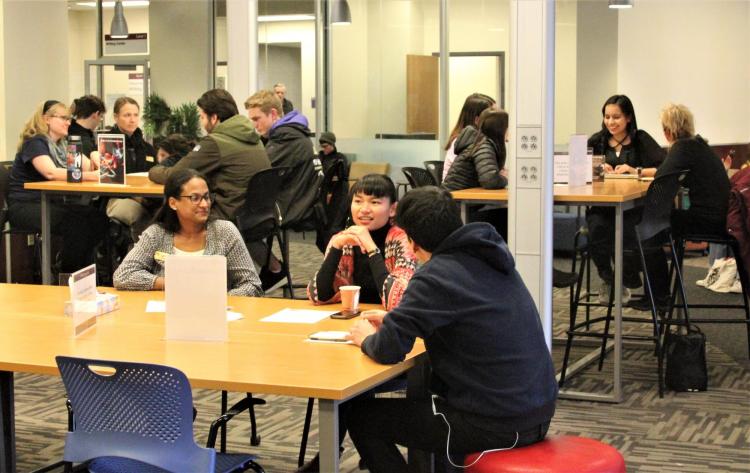 Readers engaged in dialogue with Readers and Monitors in Norlin Commons on Wednesday.

In its second year, Living Library added a second day and a student fellowship opportunity through an Implementation of Multicultural Perspectives and Approaches in Research and Teaching (IMPART) grant. Volunteers from the Libraries also sat in on discussions, serving as Monitors that helped prepare Readers for the experience by helping frame the conversation.

“It's been really eye-opening to see how many people don't believe they have a story or that they're not interesting enough to be listened to,” Roebke said.

On Thursday, Roebke shared their story, Begrudging Messiah: The Fetishizing and Deification of a Minority at CU. The topic this Book shared with their Readers dove into what they feel they have to represent or be for others to understand their life perspective.

“When you are black or multiracial or anything that's outside of the quote unquote norm, then you automatically are the go-to for that and on top of that you can do no wrong,” Roebke said. “It's the idea that you have to be infallible and so I think that's really challenging to navigate.”

Garcia Oyervides said that as a Reader, it was helpful to hear different viewpoints on topics like mental health, race and ethnicity and gender and sexual identity in the context of knowing that the subjects are still seen as taboo for some. 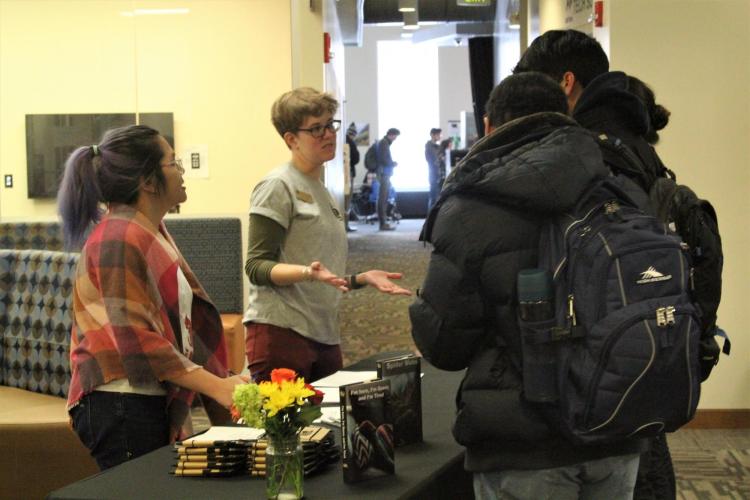 Originally funded by a Libraries Innovation grant, this year the event also received funding from an IMPART grant. Organizers Megan Welsh, Juleah Swanson and Lindsay Roberts from University Libraries plan to investigate sustainable funding structure and the feasibility of continuing to host the event.

“This event is important because it expands our print collection by including stories that aren’t represented in our Libraries,” said Welsh, head of the Gemmill Engineering, Math & Sciences Library. “Some of the stories the Books are sharing aren’t found in published literature. This gives Readers an opportunity to engage with these stories. Whereas publishing can be inaccessible to folks in communicating their lived experiences, sharing stories through conversation can facilitate a connection with one another.”

Libraries are crucial spaces for facilitating and engaging in difficult dialogues. Welsh said the Living Libraries event highlights the Libraries’ efforts towards being a community-driven and student-centered space on campus.

Garcia Oyervides said he is excited for another Living Library event to take place. Next time, he plans to participate as a Book.

“I think it was a very gratifying experience and I would invite more people to participate either as Books or Readers,” he said.

Events like the Living Library are supported by the Dean’s Innovation Fund. Go the Libraries Support Page to donate and help provide financial backing for this event and similar ones on campus.