Celebrating MLK Day with the Archives

Today we honor the life and legacy of Dr. Martin Luther King, Jr., whose powerful writings and speeches denounced the brutal injustices of racial segregation, while also inculcating a sense of hope and moral responsibility that each of us has in creating a truly equal American society.

The following historical resources from the University of Colorado Boulder's Special Collections are just a few of several that we have related to the African American experience, racial discrimination, and the Civil Rights Movement. Stop by and check these out in person — our collections are open to the public. 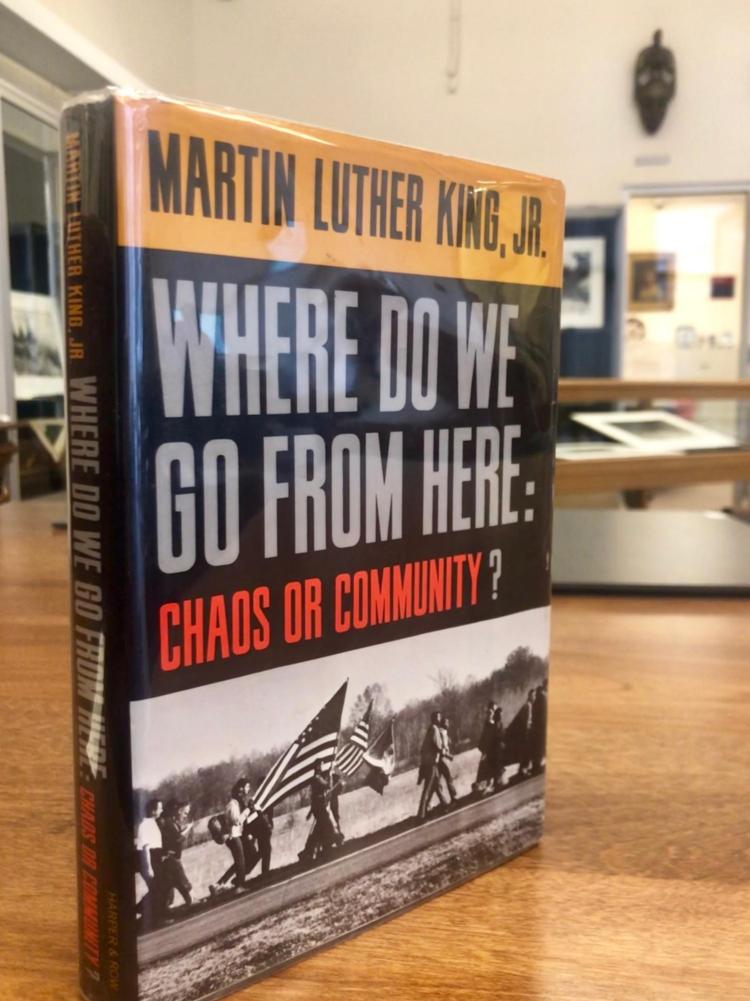 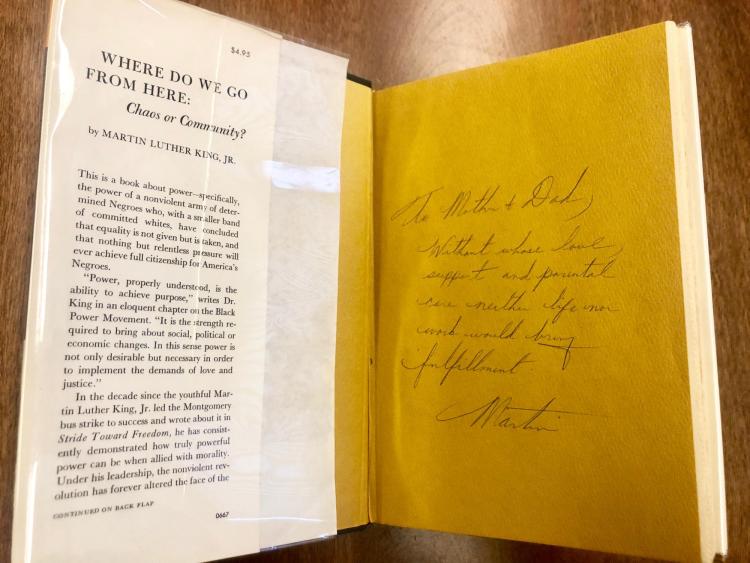 The first two images are of MLK’s inscribed book “Where Do We Go From Here: Chaos or Community?,” which was published the year before his assassination in 1968. The inscription reads, “To Mother and Dad, Without whose love, support and parental care neither life nor work would bring fulfillment. Martin” 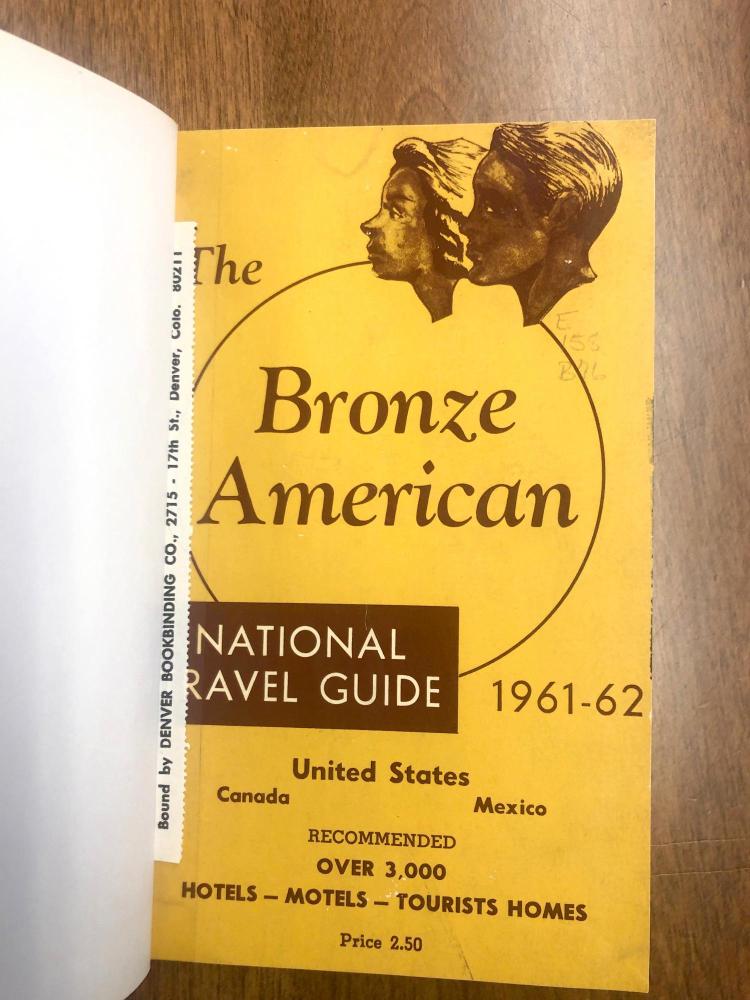 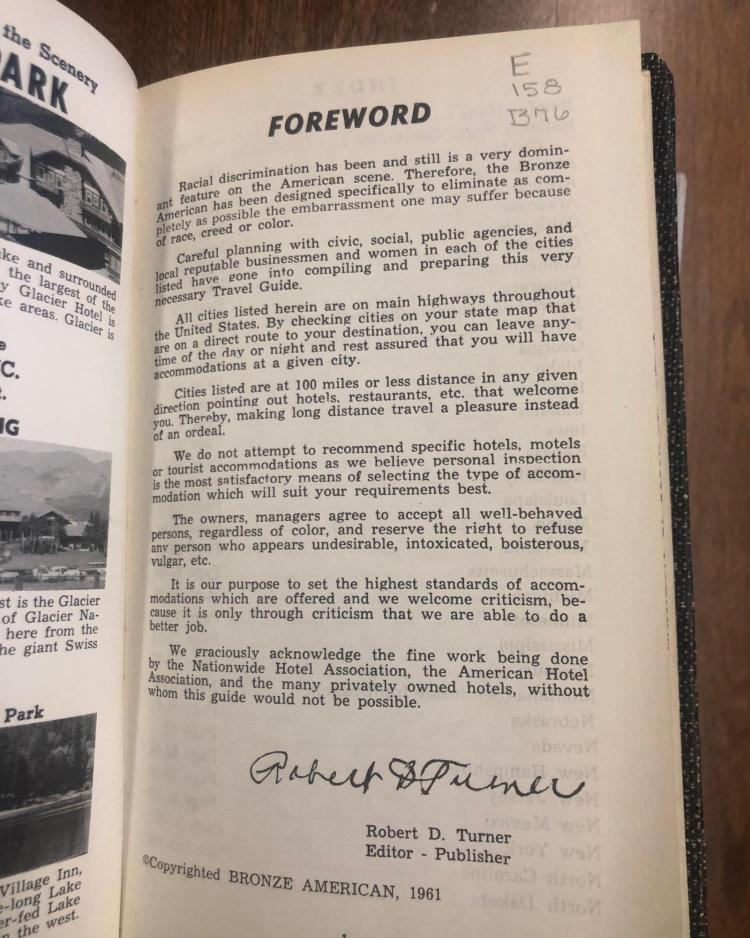 The next two images are of “The Bronze American National Travel Guide, 1961-62.” Similar to “The Green Book,” this publication provided African Americans traveling across the country with a list of accommodations and points of interest where they would be welcomed, and not subject to the dangers of racial discrimination and violence they would likely find elsewhere. 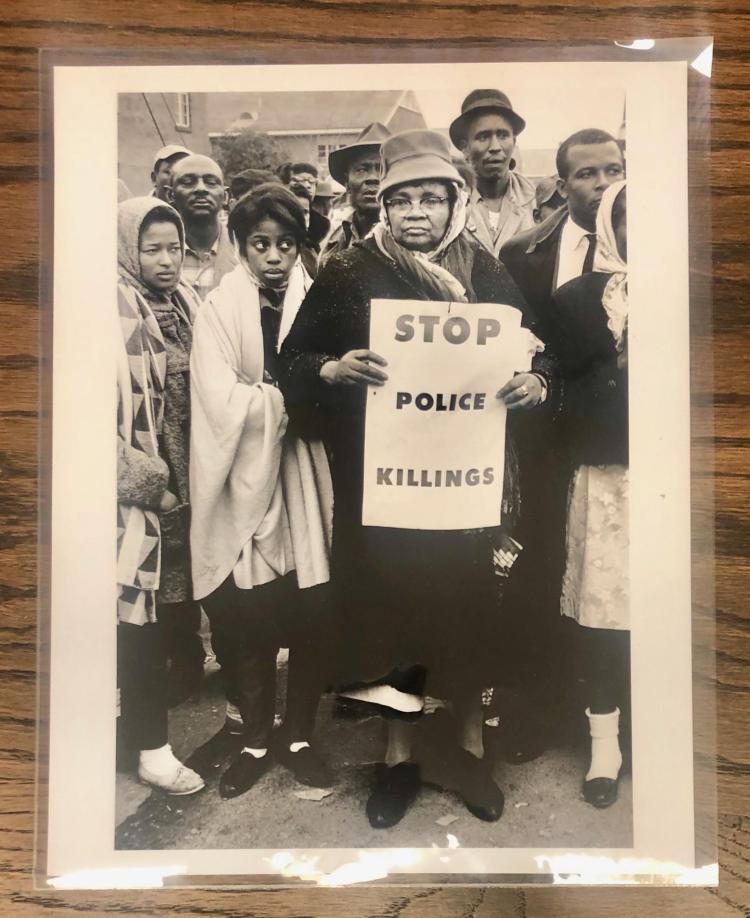 The final image is an original photograph of a group of protestors by Steve Shapiro. The photograph is entitled, “Stop Police Killings: Selma, 1965.”

As we reflect on the life and work of Rev. King, this quote seems particularly apt: “We must come to see that the end we seek is a society at peace with itself, a society that can live with its conscience.”