From the Archives: Memorial Day

During World War II, families conscientiously sent updates on where their military loved ones (who were CU alumni, former students, or professors) were assigned and what happened to them. In 1942, and early 1943, you can see photos of smiling faces in uniforms dotting the pages of the Alumnus, together with their assignments. By 1944 and 1945, some of these same photos are bordered in black and the bolded caption tells that they died in action, or in the line of duty. The Alumnus kept a running tab of those KIA, WIA, and MIA. At the end of the war, these names were placed on a board in the old Memorial Center (now ECON). The board was moved to the new, enlarged University Memorial Center in 1953. Now the names are on a tall plexiglass wall in the UMC Veteran’s Lounge. 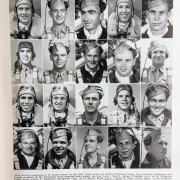 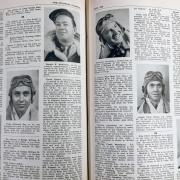 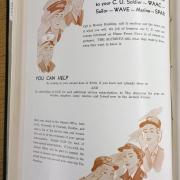 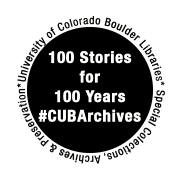 The University of Colorado Boulder Libraries will celebrate the centennial anniversary of the Archives on June 6, 2018. This is story #90 in our series: 100 Stories for 100 Years from the Archives!