From the Archives: May Day

In 1911, the women of the University of Colorado had decided the time was right for a major campus building of their own, one with parlors, bedrooms, a dining room and a gymnasium. To raise money, the CU Women’s League planned a spring festival called the May Day Fete. A World War I construction ban and rising costs scuttled plans for the new building. The League instead put the $15,000 it raised toward Macky Auditorium’s pipe organ. In 1925 the Fete gave way to an annual dance. A large residence hall for women was finally built in 1934. You know it as Sewall Hall. These two panoramic images from the A.A. and Laurence Paddock Photo/Negative Collection show the Fete in 1912 and 1919.

And here are close-up, cropped versions of each so that you may see the detail captured in these images: 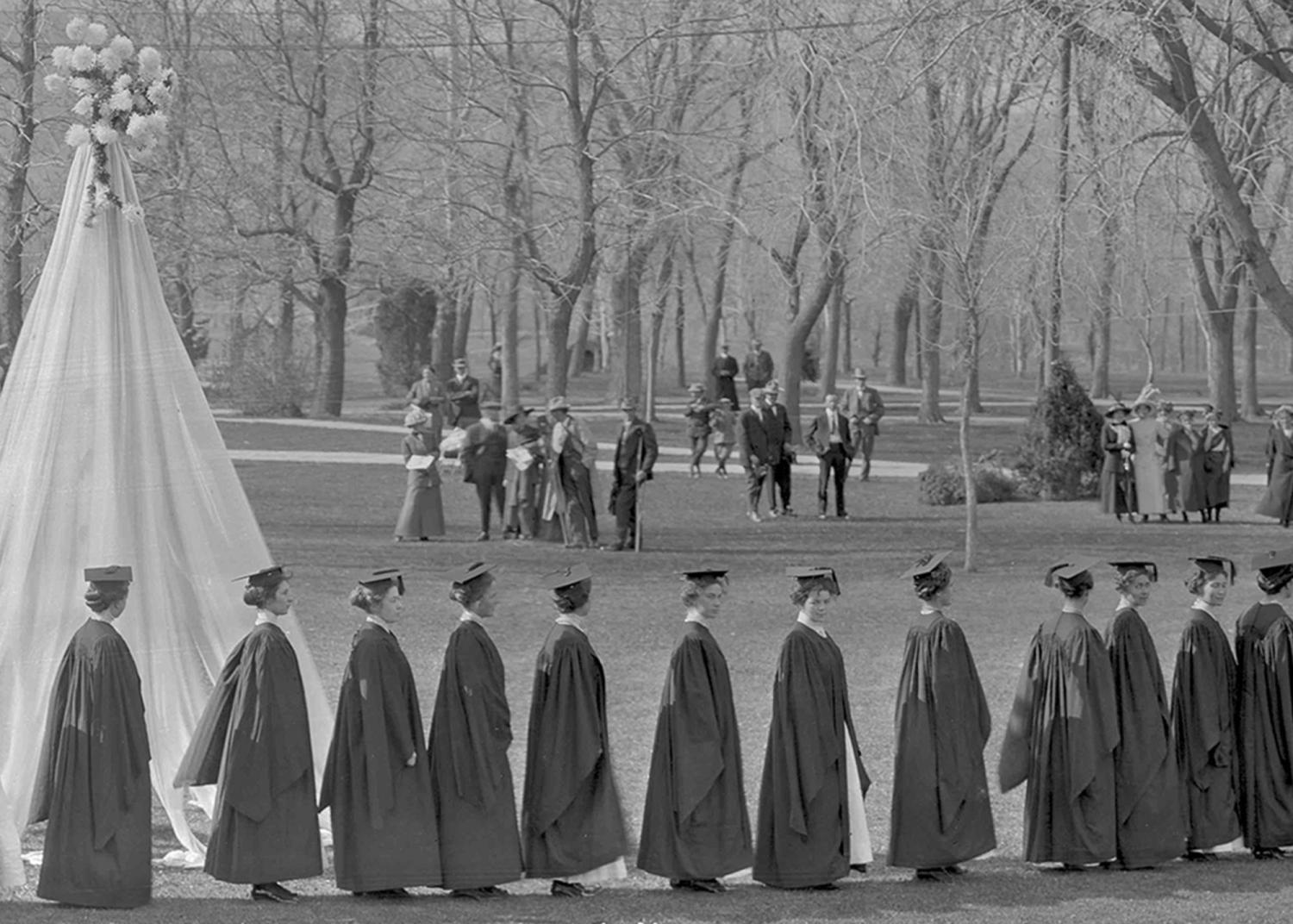 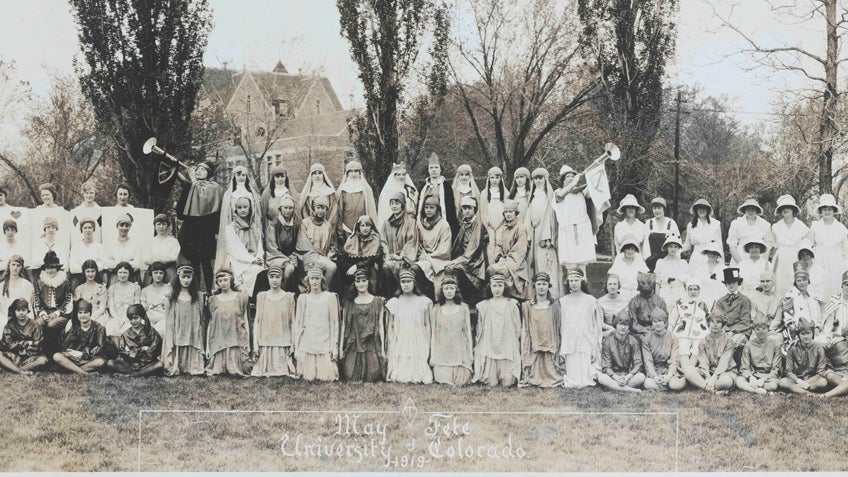 The University of Colorado Boulder Libraries will celebrate the centennial anniversary of the Archives on June 6, 2018. This is story #64 in our series: 100 Stories for 100 Years from the Archives!