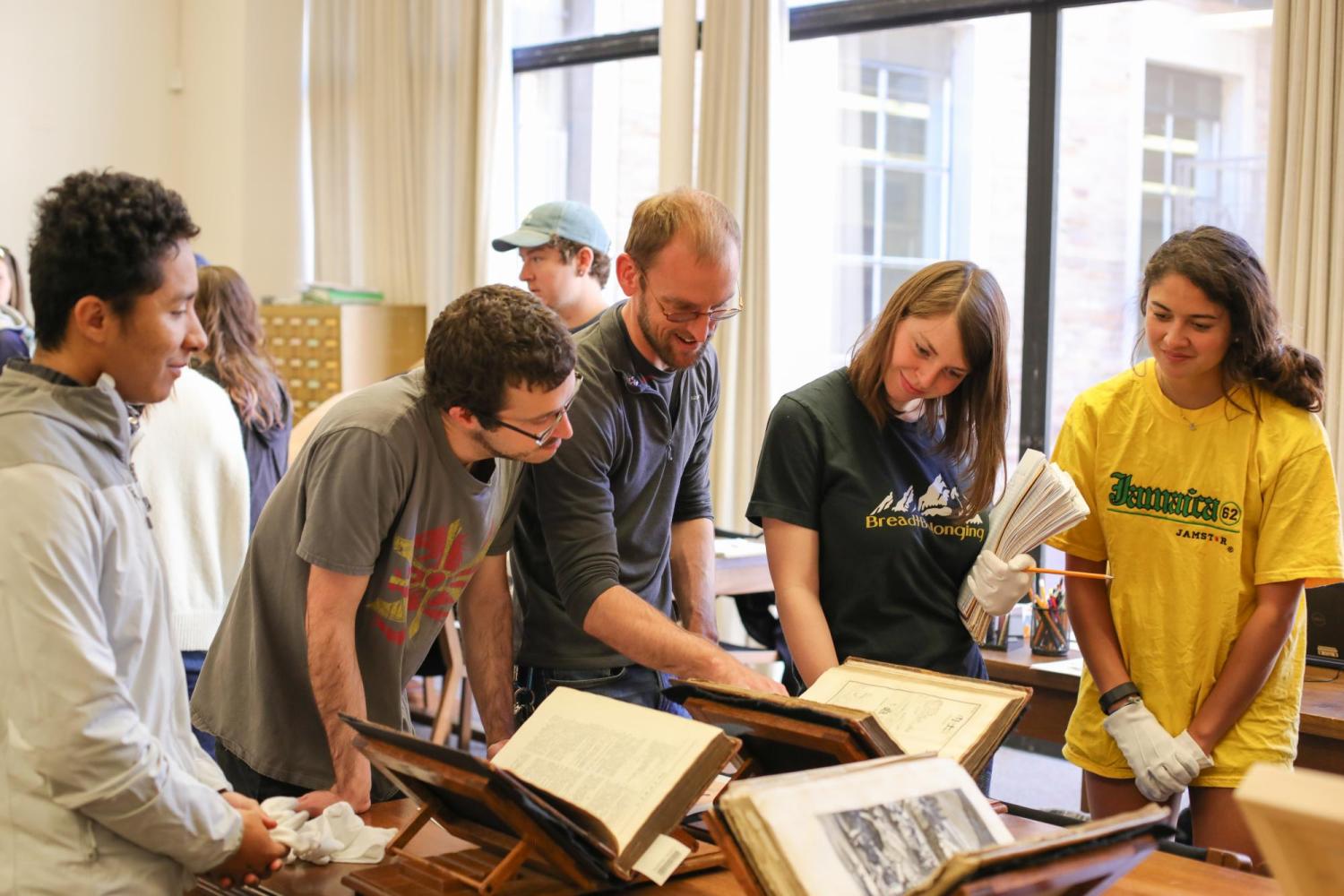 Japan’s relationship with the environment is not as harmonious as many may believe. For one, the island nation’s susceptibility to earthquakes and tsunamis has long set a backdrop for an adversarial relationship with nature. Simultaneously, man made disasters like Minamata disease (mercury poisoning) challenge the idea of a people living in harmony with nature. 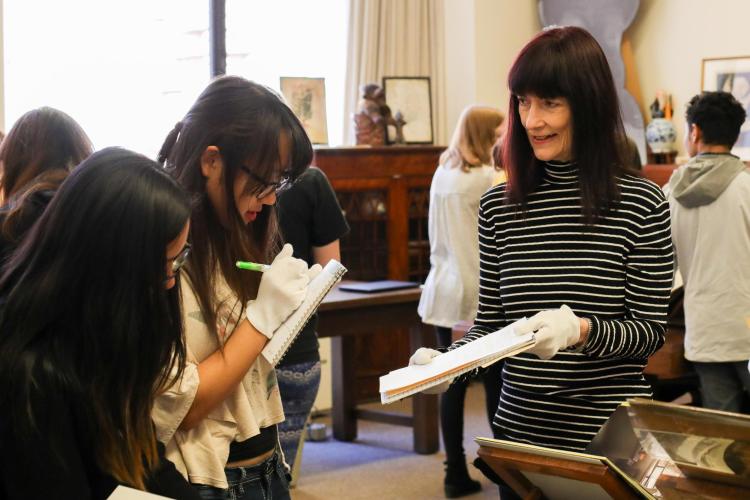 In Professor Janice Brown’s class “Environment, Nature and Disaster in Japanese Literature and Culture,” students have the unique opportunity to spend time with materials published over the last 300 years. In the CU Libraries Special Collections, the meticulously developed David H. Tippit photobook collection provides many opportunities for students to understand Japan’s relationship with nature.

Students spend time reading 300 year old texts written by the Dutch, as they record local folk tales from the Japanese about angry whales being the source of earthquakes. Lithographs of Osaka castle from the same era show the prowess of the Japanese to manipulate land and water to suit their needs. An early 1700s map of Kyoto owned by the Libraries can be checked against Google Maps to see how much the rivers in the city have been redirected.

The exhibit helps tell difficult stories that connect seemingly unrelated events together. Both the bombing of Nagasaki and the 1995 Kobe Earthquake were made worse by collapsing telephone poles. The Japanese and Korean Studies Librarian, Assistant Professor Adam H. Lisbon, adds some personal accounts from his own time living in Kobe when he was a Japan Exchange and Teaching Program participant.

The students’ enthusiasm for the materials shows in their interactions. Great care is given to handling materials, note taking is copious among a generation that supposedly has gone digital. They question and try to make connections, and revise their assumptions as the materials tell their stories to them. 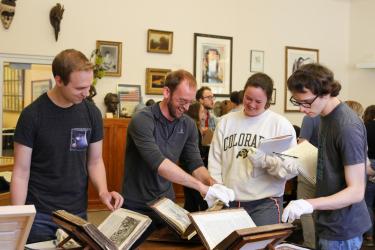 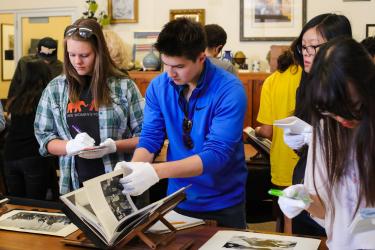 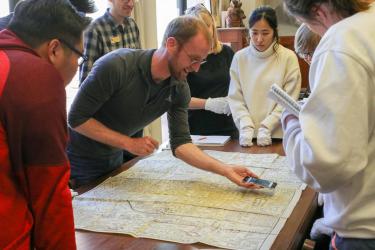