From the Archives: Virginia Neal Blue 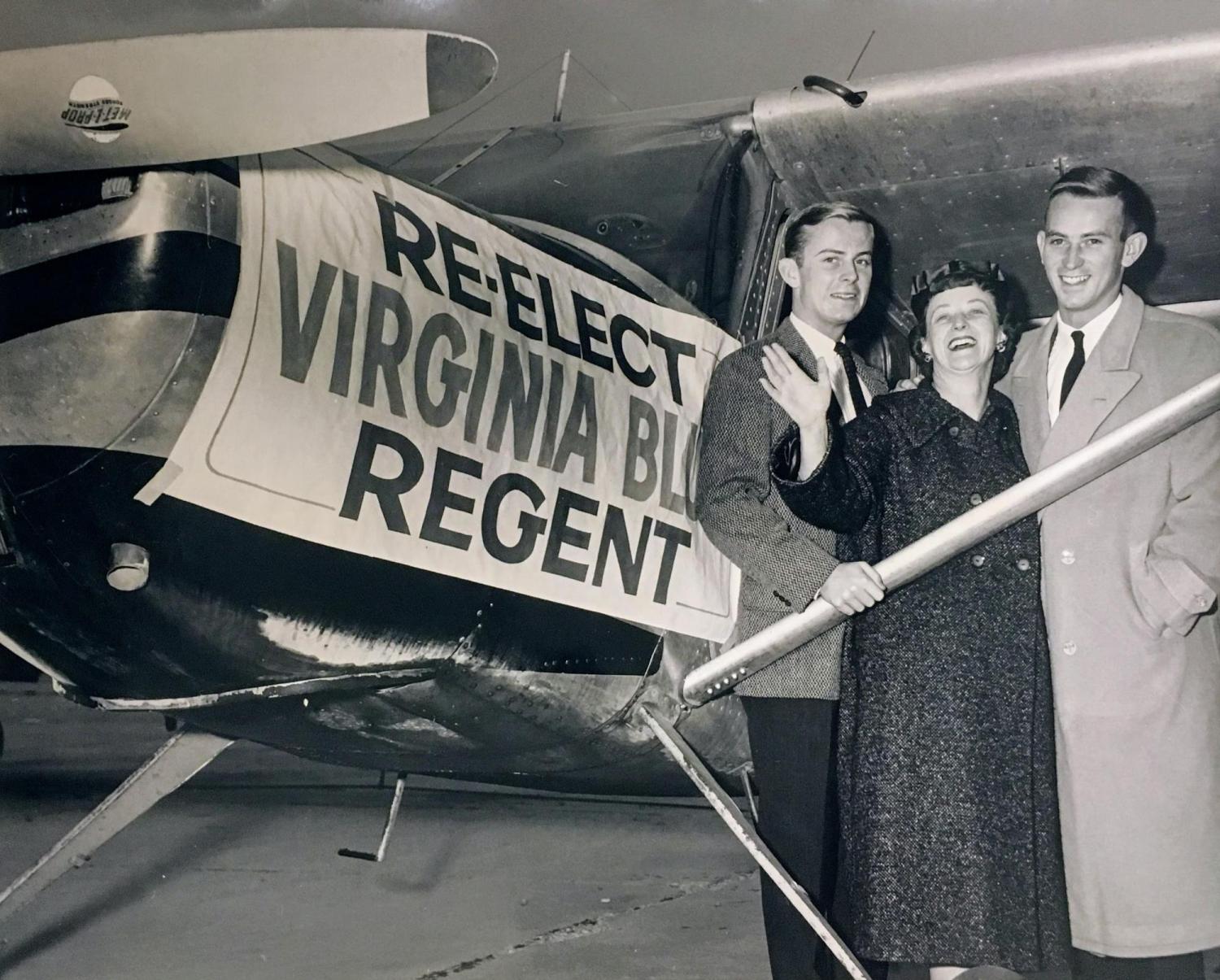 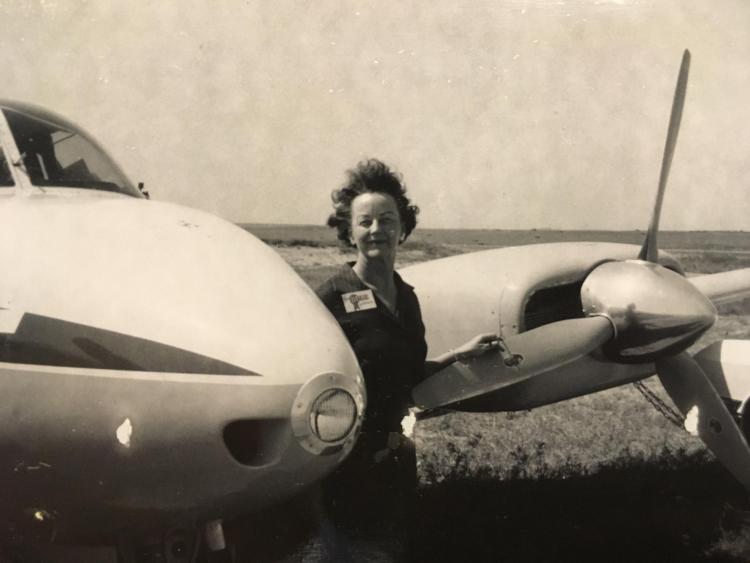 In 1967, she successfully ran for Treasurer of the State of Colorado to become the 45th in that post and remained there until 1970. The Colorado Commission on the Status of Women was created through an executive order by Governor John A. Love. Over the course of a year, the commission was asked to “undertake a comprehensive and systematic study of the economic, social, political, and legal status of women in Colorado” (Report from the Commission, 1965).

From their findings, the commission offered recommendations regarding labor standards, women in employment, education, counseling and guidance, home and community, women as citizens, and women under the law—many of which have echoes in today’s society. You can download and access the actual 1965 Report on the Governor's Commission on the Status of Women. 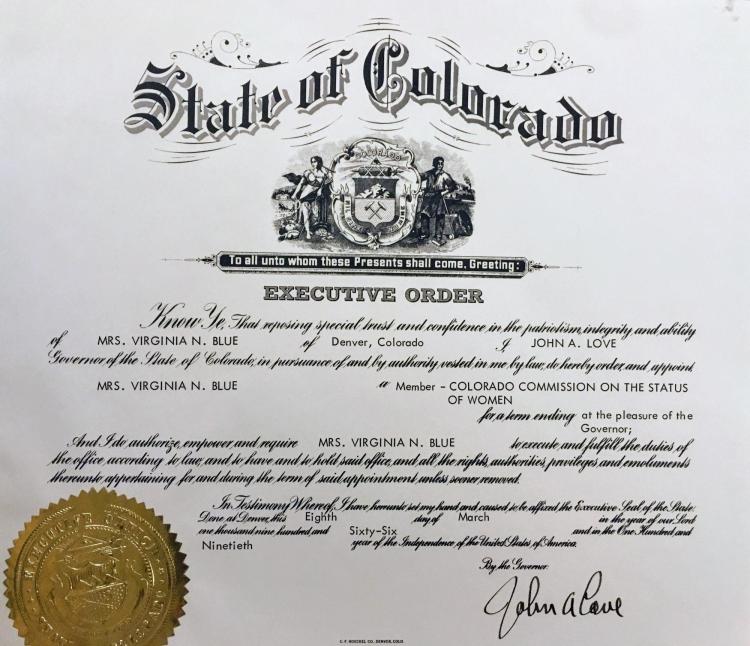