From the Archives: The Hill

When the University of Colorado was established in 1876, very little of Boulder extended south of Boulder Creek and the campus was placed on a short grass prairie slope hundreds of yards south of town. In 1885 there was a photo taken of a carriage on "9th street", a dirt road, looking east from the cemetery. There was nothing in between the carriage near the cemetery and the CU president's house, now Koenig Alumni Center. Even after the Texas-Colorado Chautauqua built their auditorium and dining hall in 1898, there were only scattered buildings on the Hill. CU went from 1,000 students to 2000 students between 1900 and 1920; this was the time of most infilling of homes and businesses on the Hill, especially since most students needed to live off campus in boarding houses and faculty sought homes nearby. Fraternities and sororities mostly built in this neighborhood. The Hill initially provided the main university housing for students and faculty, as well as virtually all the goods and services required by the university community: diners, clothing, drugstores, groceries, dry cleaners, book stores, barbershops, theaters, shops, and so on. Students rarely had to go downtown. This image from the General Photographs collection was taken at the turn of the 20th century. 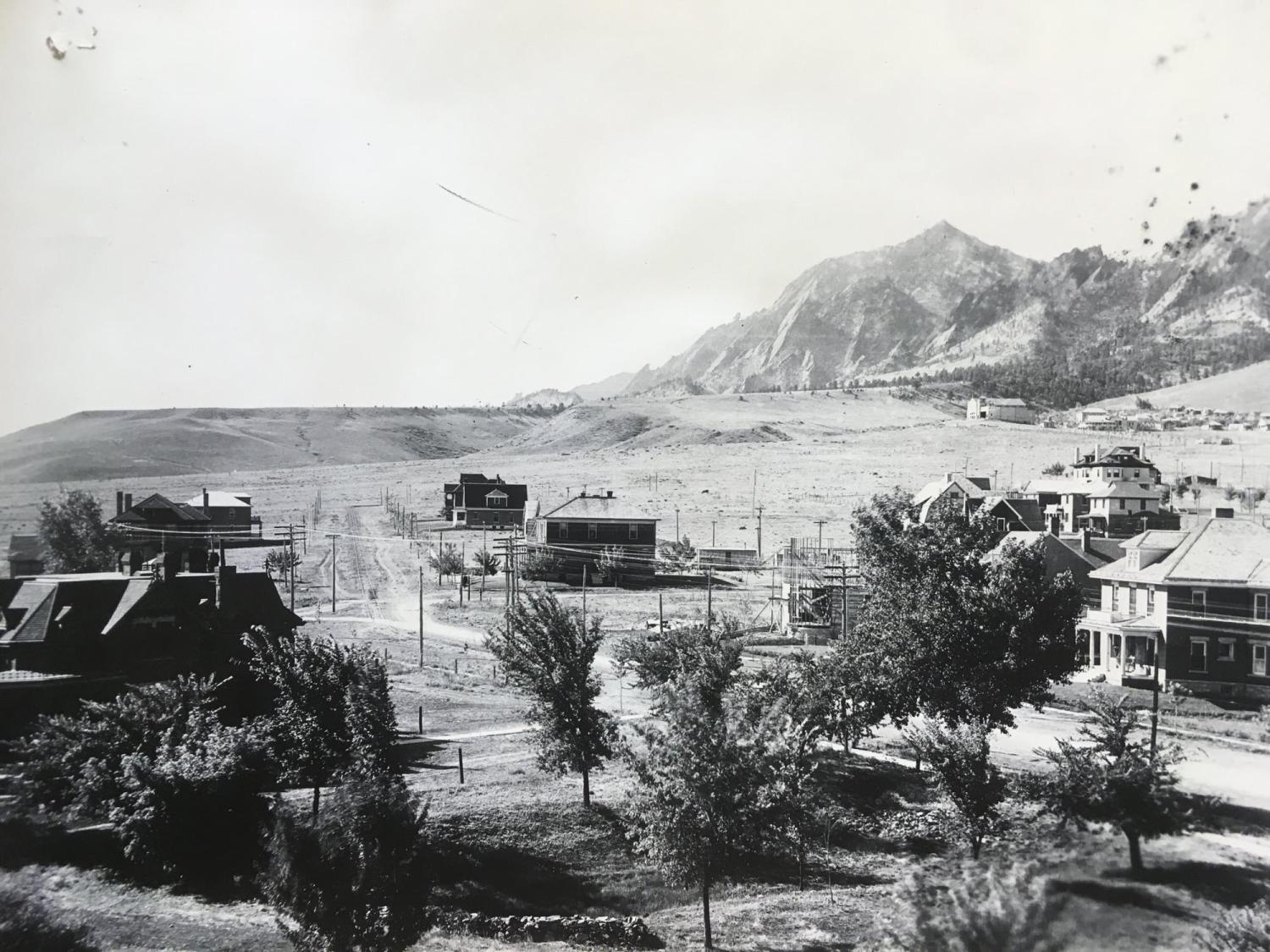 The University of Colorado Boulder Libraries will celebrate the centennial anniversary of the Archives on June 6, 2018. This is story #49 in our series: 100 Stories for 100 Years from the Archives!