From the Archives: Student Protests 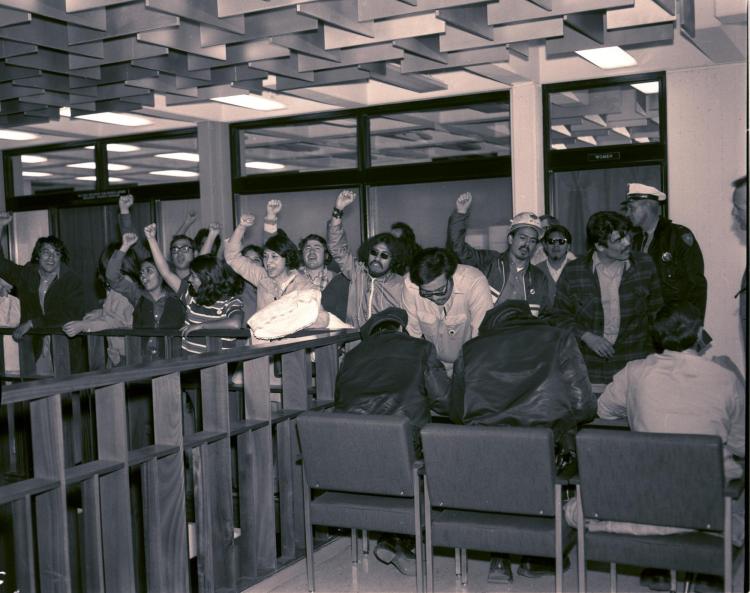 The Vice President for Student Affairs Office Records, President's Office Records, Bob Dunham Files, Colorado Daily, Robert Greene, Steven Johnson, and the PhotoLab Collections are among the places one can look for not only Vietnam War Protests, but also demonstrations on a range of In Loco Parentis issues, as students struggled to gain their rights as adults. They wanted freedom of speech, freedom of the press, freedom of association, freedom of assembly, and the other rights of majority.

The 26th Amendment to the US Constitution provided 18-year-olds the right to vote in 1971, but college campuses around the country began to dismantle their student supervisory structures of in Loco Parentis in 1969. The President's Office and Vice President for Student Affairs have thick files, including the incoming correspondence from Boulder and the State on the radical group, Students for a Democratic Society, in which Steven Johnson and Robert Greene were members. These protests set the pattern of many street protests to come. These images are both forom the PhotoLab Collection and are of protests on campus in 1963 (Civil Rights Demonstration) and 1970 (Regent Demonstation).

You can see more images from CU Boulder's student activism history in a new exhibit, Act On It,  by graduate student Claire Steffen in Norlin's STEAM Gallery, now through August 2018. 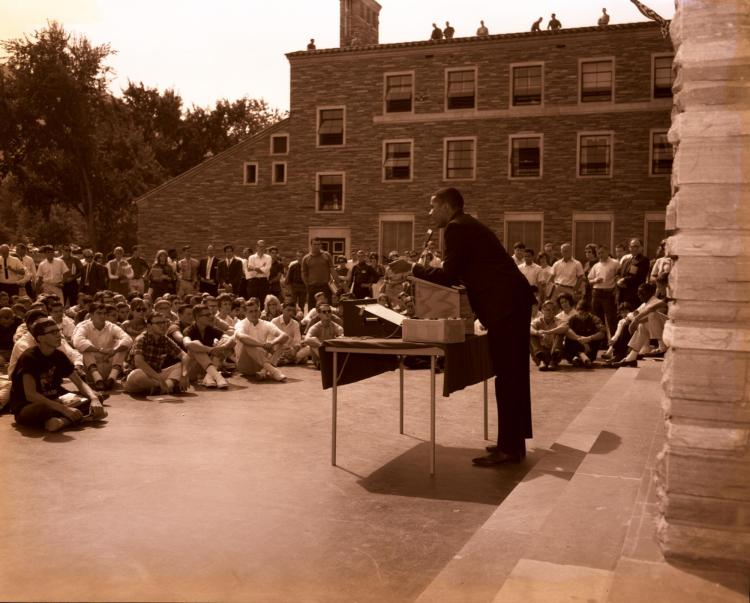 The University of Colorado Boulder Libraries will celebrate the centennial anniversary of the Archives on June 6, 2018. This is story #34 in our series: 100 Stories for 100 Years from the Archives!